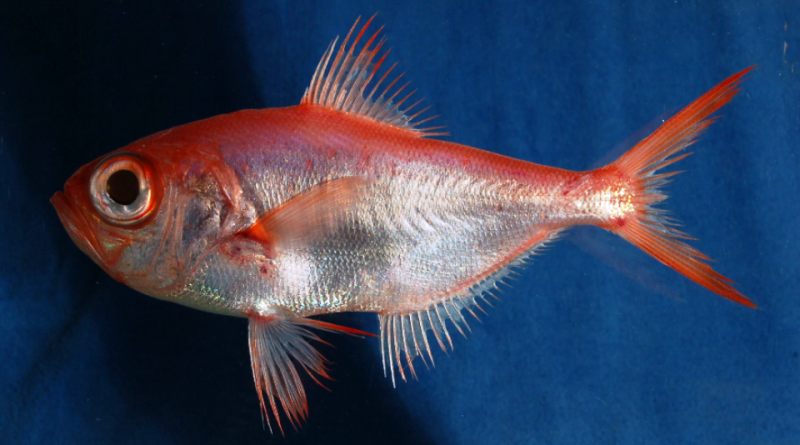 The splendid alfonsino (Beryx splendens R. T. Lowe, 1834) is a fish belonging to the Berycidae family.

Geographic Distribution and Habitat –
Beryx splendens is a widespread species in all temperate and tropical seas. In the Atlantic Ocean from the Gulf of Maine to the Gulf of Mexico, from Iceland, to the British Isles and Norway, from the coasts of the Canary Islands and the Azores to South Africa. In the Indo-Pacific Ocean from East Africa, to Japan, Hawaii, Australia and New Zealand. It is not present in the north-eastern Pacific while it is reported in the Mediterranean and in the Strait of Messina.
Its habitat is that of depths between 25 and 1,250 meters, usually between 400 and 600 meters, on rocky or rocky-sandy substrates, but it can go down to over 1200 m. Probably at night it moves more from the bottom and is often found above submarine reliefs, where it forms shoals from 10 to 50 m. 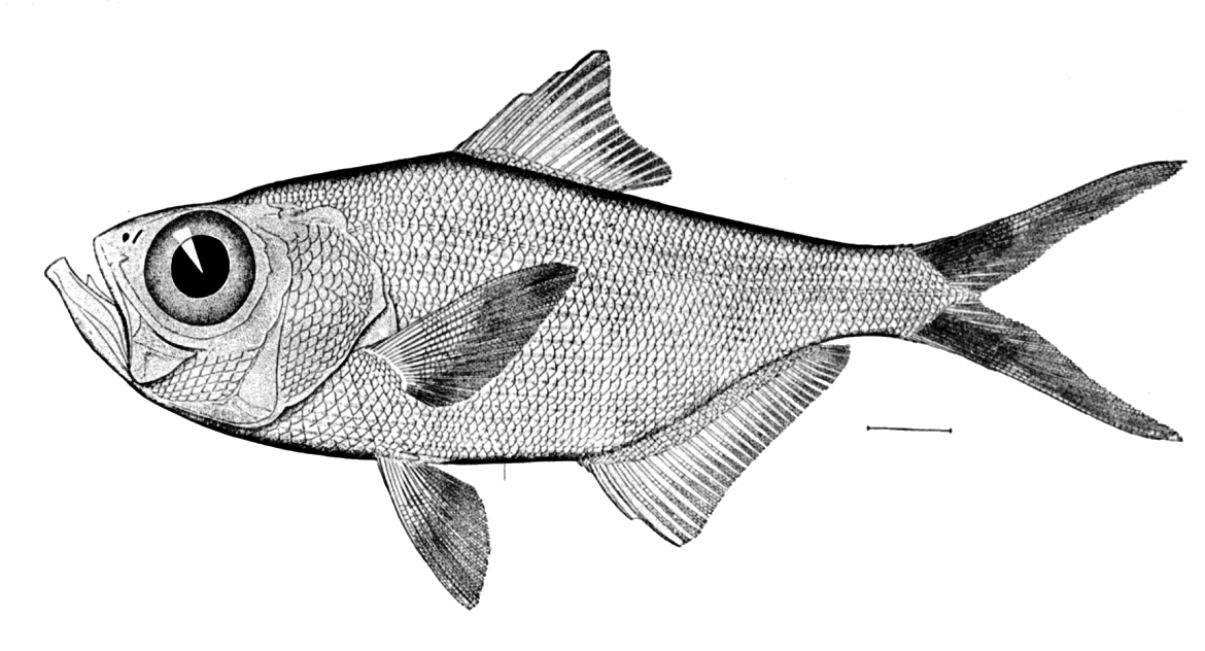 Description –
The Beryx splendens is a bony fish with an oval-shaped and compressed body, of moderate height, contained 2.4-2.8 times the standard length, and equal to or slightly larger than the length of the head, and with a maximum overall length of 60 cm but more commonly 35-40 cm and a maximum weight of around 4 kg.
The scales are ctenoid, with a small fleshy pad in the free part, and cover the body and cheeks; they also extend to the bases of the dorsal and anal fins. Along the lateral line, which extends over the caudal fin, there are 74-80 scales.
The eyes are very large and their diameter enters 2.5 in the length of the head. Above the upper margins of the eyes, in the anterior interorbital space, there is a cavity filled with a white, transparent and slimy liquid. On the muzzle there is a small thorn, which becomes less evident in large specimens.
The mouth is wide and oblique, with a prominent jaw and a wide back that slightly exceeds the vertical passing through the center of the eye. The teeth are in villiform series on both jaws.
It has 25-28 spines on the first gill arch. The lower edge of the operculum is finely serrated.
The dorsal fin originates in the center of the body and has 4 spines of increasing length and 13-15 soft rays; it is not hollowed out and after the thorns it gradually degrades to the end; in young people the second ray can be very elongated.
The anal fin originates immediately behind the vertical passing through the end of the dorsal fin; it is very long and has 4 spines and 25-30 soft rays.
The pelvic fins have 1 spine and 9-11 soft rays; when they are reclined they do not reach the beginning of the anal fins.
The pectoral fins have 16-18 rays (known as pectoral fins with 1 backbone and 17 soft rays).
Finally, it has 24 vertebrae.

Biology –
Beryx splendens is an oviparous species that lays its eggs in pelagic clusters and also the larvae and young specimens have a pelagic life.
Spawning occurs 10 to 12 times at intervals of approximately 4 days during the breeding season.
In the first year of age it grows rapidly, reaching 50% of the total length. It reaches approximately the weight of 4 kg and the age of 23 years.

Ecological Role –
Beryx splendens is a fish known in various parts of the world, also for its food interest and is known as kinmedai (金 目 鯛) or “golden tooth” in sushi and Japanese cuisine.
It is a gregarious benthopelagic fish that lives near the bottom that probably moves more from the bottom at night and is often found in the form of schools of 10 – 50 m.
It feeds on fish, crustaceans and cephalopods and is caught all year round at a depth of 800 m with vertical and bolentini longlines.
This fish assumes commercial importance in many countries (Madeira, Japan, New Caledonia, etc.), where it is mostly consumed fresh (but also frozen) and is renowned for the excellence of meats, steamed, fried, grilled. , boiled, microwaved and baked.
Served in traditional Edomae sushi restaurants, this fish is usually cured for 2 to 3 days after being shipped using the ikejime technique. Aging allows the fish’s natural enzymes to break down the proteins in the meat, increasing the flavor and texture of the fish. It is usually served with lightly burned skin, grilled under a charcoal grill or lightly blanched using a technique called Kawasimozukuri (か わ し も ず く り / 皮 霜 造 り).