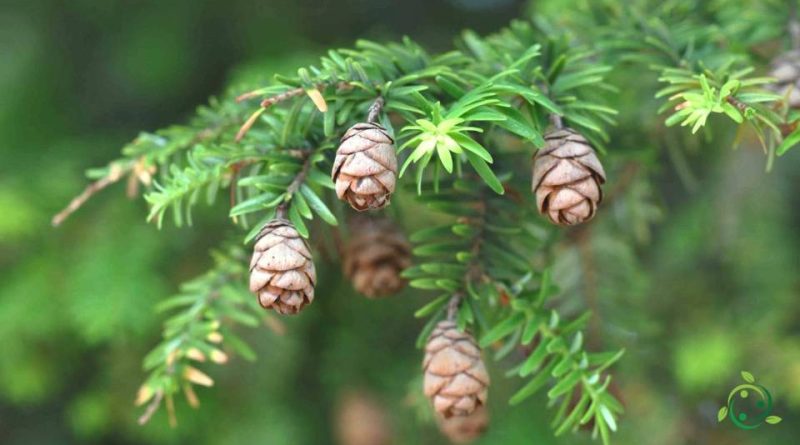 Reproduction of the eastern hemlock

The eastern hemlock (Tsuga canadensis (L.) Carrière) is a conifer native to eastern North America. It is the state tree of Pennsylvania.

Suitable breeding habitat –
For the reproduction and ecological and forestry uses of Tsuga canadensis it should be borne in mind that this species, in its area of ​​origin, is mainly found at altitudes of 600-1,800 m. its range extends from northeastern Minnesota eastward through southern Quebec and Nova Scotia, and southward in the Appalachian Mountains to northern Georgia and Alabama.
Sparser populations occur in southeastern Piedmont, western Ohio and Illinois, as well as eastern Minnesota. In Canada, it is present in Ontario and all provinces to the east except Newfoundland and Labrador.
Its range completely overlaps that of the nearby Carolinian Tsuga.
Its main habitat is on rocky ridges, ravines and slopes with relatively high humidity levels.

Playback –
The eastern hemlock is a conifer that can be propagated starting from seeds that germinate better if subjected to a short cold stratification; it is therefore advisable to sow in a cold seedbed, in the period from autumn to the end of winter. It can also be sown in early spring, although in this case it may only sprout after the following winter.
If sufficient seed is available, sowing can be done outdoors in spring.
The young seedlings are then placed in individual pots, once they are large enough to be handled; they are thus raised in a cold greenhouse and transplanted at the beginning of the summer of the following year.
Trees tolerate the transplant phase well until they reach a height of 80 cm, but it is recommended to transplant when they are about 30 – 45 cm or less, which equates to an age of about 5 – 8. years.
Larger trees will struggle to grow and this also negatively affects root development and wind resistance.

Ecology –
The eastern hemlock is a plant that had, especially between 1890 and 1910, a great use for its timber. The main uses were for the production of light frames, sheaths, covers, sub-floors, boxes, crates and such tools.
In addition, the tannin from the bark was extracted in the past for leather processing. Synthetic and important products are now used and a once prosperous industry has been eliminated.
From an ecological point of view, Tsuga canadensis is a plant that plays an important role in its ecosystems; it is important for shelter and as a litter for white-tailed deer during the winter. In the regions of origin where the plant has greatly diminished, many public bodies have limited cutting until reliable methods for regeneration are implemented. This plant is also important as a cover for grouse, turkeys and many other animals.
Tsuga canadensis is often planted as an ornamental due to its resistance to insects and diseases, good foliage color and adaptability to pruning. In the areas of origin, reforestation programs are being implemented because it is very important for wildlife.