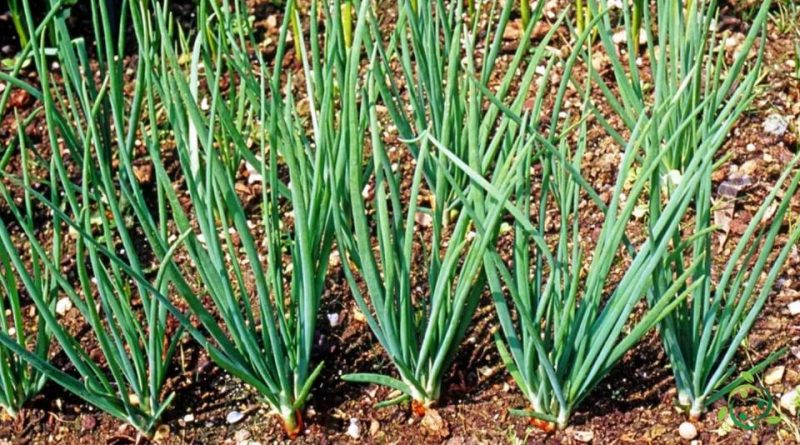 The shallot (Allium ascalonicum L.) is a plant of the Liliaceae family very similar to the onion, of which, for some, it is considered a variety, with which it shares many characteristics and similarities of use. The name designates both the plant and its bulb.
This herbaceous plant is native to the Middle East, so much so that the scientific name of the ascalonicum species derives from Ascalon, an ancient city in Palestine where it is believed to have originated and where it was in fact widely cultivated.
Shallot is a hardy garden plant that does not require special care to grow well.
The only trick is that it cannot, however, be grown in succession to itself or to other Liliaceae, nor Solanaceae, beets or cabbages. It is possible to return to planting the Shallot on the same soil only after 5 years.
In this sheet we describe the reproduction technique while for the details of the cultivation technique please refer to the following sheet.

Propagation –
The shallot multiplies by planting the bulbils and cultivating the plant as an annual and planting the individual bulbils in the same way as in the case of garlic or onion.
In cultivation and for personal use, it should be borne in mind that each shallot bulb must be buried a few centimeters from the surface of the soil (generally 2 or 3 centimeters) maintaining a distance of 10-15 centimeters from one bulb to another.
In the cultivation in large gardens or for sale of the product, to facilitate harvesting and cultivation, it is advisable to plant with a distance between the various rows between 40 and 55 centimeters.
The planting of the individual bulbils must be carried out in November-December, while the harvest starts from mid-June, for the product to be consumed fresh and from the second half of July for the one to be preserved and transformed.

Collection and storage –
After grubbing up the bulbs, they are dried and stored. The shallot should be stored in a cool, dry and well-ventilated place. It is recommended not to store in the refrigerator and not to store it in waterproof packages that favor its decomposition.