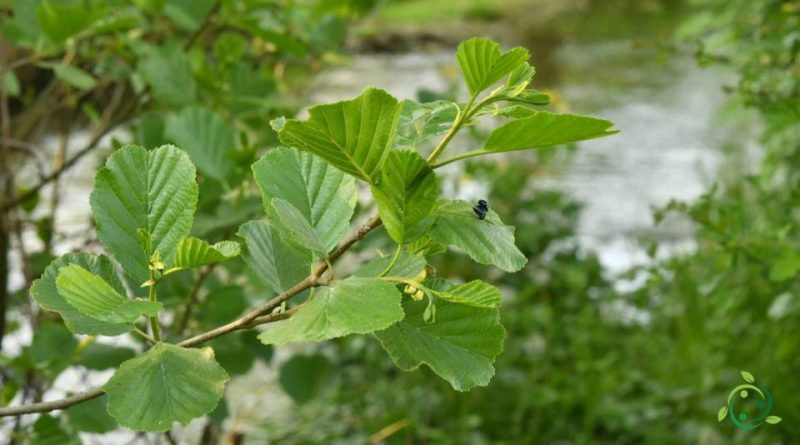 Reproduction of the Common alder

Suitable breeding habitat –
Common alder is a plant native to an area that includes Europe, North Africa and Western Asia. Its range extends in Europe from the Iberian Peninsula to Russia, up to western Asia.
In Asia its range includes Turkey, Iran and Kazakhstan, and in Africa it is found in Tunisia, Algeria and Morocco. It is naturalized in the Azores and has been introduced, by accident or intentionally, to Canada, the United States, Chile, South Africa, Australia and New Zealand.
In Italy, Alnus glutinosa grows from sea level up to 800 meters above sea level, rarely going beyond 1200 meters. Present in all regions, it is a hygrophytic species that requires the constant presence of humidity, therefore it is found in marshy soils, in swamps and, above all, along watercourses.
It is a typical element of riparian vegetation, associated with other plants typical of this environment, such as willows, poplars, etc. In southern Italy and the islands it is frequently associated with the oleander and willows and is often the tree element of greatest development along the waterways.
A particular aspect is the symbiotic relationship of the roots of alders with nitrogen-fixing microorganisms of the genus Frankia, belonging to the actinomycetes, a group of mycelial-growing bacteria. These are able to induce the formation of radical nodules (also called turbercles) with a mechanism similar to that of the rhizobia of Leguminosae. Alders are therefore species that enrich the soil with nitrogen.

Propagation –
Alnus glutinosa prefers a moderate to cold climate and moist or wet soils. It is estimated that it tolerates an annual precipitation of 400 – 2,000 mm, an average annual temperature of 8 – 14 ° C.
Plants can also grow rapidly in much drier sites, although they usually won’t live that long in such a location. Alders grow well in heavy clay soils and also tolerate limestone and poor soils.
It is a very tolerant plant to marine exposure and prefers a pH in the range of 6 – 8.
Propagation occurs by seed. Sowing should be done as soon as the seed ripens in an unheated seedbed. However, even seeds sown in spring should germinate successfully as long as they are not covered.
The seed should germinate in the spring when temperatures soar. The young seedlings are then placed in individual pots and transplanted in early summer, otherwise they must be kept in their containers and transplanted in the following spring.
It can also be propagated by mature wood cuttings; these must be taken as soon as the leaves fall in autumn and placed in a mixed sandy substratum outdoors.

Ecology –
The common alder is best known for its symbiotic relationship with the bacterium Frankia alni, which forms nodules on the tree’s roots. This bacterium absorbs nitrogen from the air and fixes it in a form available for the tree. In return, the bacterium receives the carbon products produced by the tree through photosynthesis.
This plant is susceptible to Phytophthora alni, a recently evolved species of phytopathogenic oomycetes, probably of hybrid origin. This is the causative agent of alder phytophthora disease which is causing extensive tree mortality in parts of Europe.
Symptoms of this infection include death of roots and bark patches, dark spots near the base of the trunk, yellowing of leaves and in subsequent years, death of branches and sometimes of the entire tree. Taphrina alni is a fungal plant pathogen that causes chemically induced distortion of female catkins.
Alnus glutinosa is important to wildlife all year round and the seeds are a useful winter food for birds. Deer, sheep, hares and rabbits feed on the tree and it provides shelter in winter. Shade the water of rivers and streams, moderating the water temperature, and this benefits the fish that find safety even among its exposed roots in case of flood. This tree is the host plant for the larvae of various butterflies and moths and is associated with over 140 species of phytophagous insects. The tree is also home to a variety of mosses and lichens that particularly thrive in the humid environment of trees along streams. Some common lichens that grow on the trunk and branches include Lobaria pulmonaria, Menneguzzia terebrata, and Stenocybe pullatula, the latter of which is reserved for alders. About 47 species of mycorrhizal fungi have been found growing in symbiosis with this tree, both partners benefiting from an exchange of nutrients. In addition to several species of Naucoria, these symbionts include Russula alnetorum, milkcaps Lactarius obscuratus and Lactarius cyathula, and Paxillus filamentosus, all of which grow nowhere other than in association with alders.
In areas where Alnus glutinosa has been introduced, it can influence the ecology of its new location. It is a fast growing tree and can quickly form dense woodlands where little light reaches the ground, which can inhibit the growth of native plants. The presence of nitrogen fixing bacteria and the annual accumulation of leaf litter from trees also alter the nutritional status of the soil. It also increases the availability of phosphorus in the soil, and the tree’s dense root network can cause more sedimentation in pools and streams. It spreads easily by wind-borne seed, can be dispersed to some extent by birds, and woody fruits can drift away from the parent tree. When the tree is felled, regrowth occurs from the stump and fallen trunks and branches can take root.
For this reason, in some areas where it has been introduced, it is identified as an invasive species.