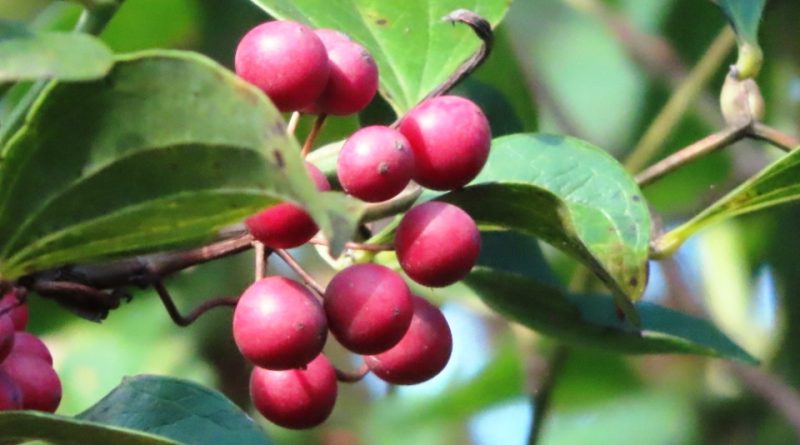 The China root (Smilax china L., 1753) is a climbing shrub species belonging to the Smilacaceae family.

Etymology –
The term Smilax comes from the Greek σμιλαξ smilax, the name with which the ancient authors designated very different plants. In the Latin writers Pliny and Ovid the name was used for various thorny climbing plants.
The specific epithet china comes from China, probably under the influence of old French; Chin, from the Persian; چین (Čin).

Geographic Distribution and Habitat –
The China root is a plant native to an area that includes: China, Korea, Taiwan, Japan (including the Ryūkyū and Bonin islands), the Philippines, Vietnam, Thailand, north-eastern India, Myanmar, Burma and Assam.
Its habitat is that of forests, in bushes, on hills, on grassy slopes and in shady places along valleys or waterways, at altitudes from sea level up to 2000 meters in height. 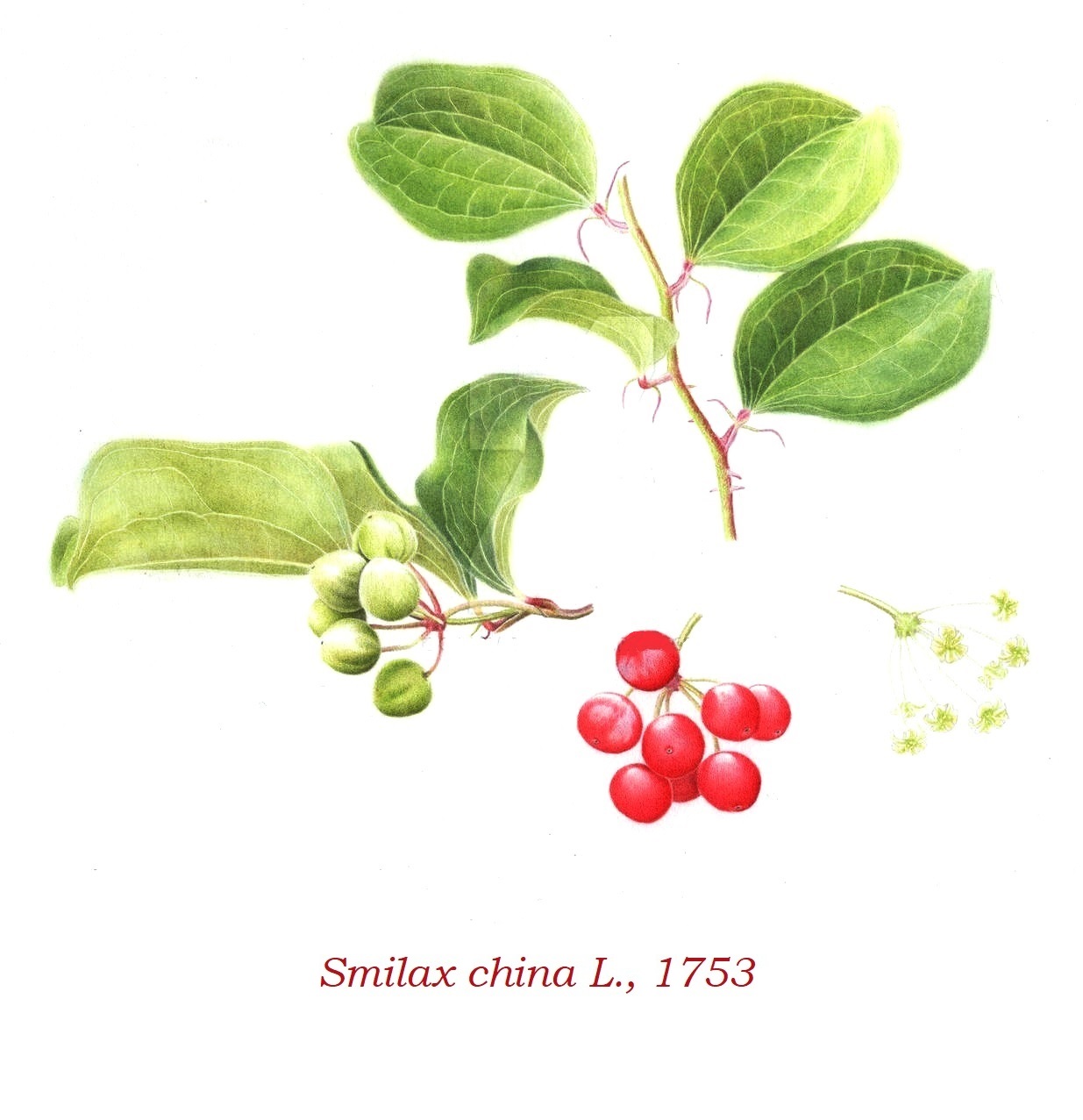 Description –
Smilax china is a climbing plant with a woody, partially thorny stem up to 5 m long.
It is a dioecious plant with male and female specimens.
The leaves are elliptical or orbicular, from 3 to 10 cm long and from 1,5 to 6 cm broad, sometimes even wider; the petiole is 0.5 to 1.5 cm long.
The flowers are small, in clusters, of a whitish greenish color.
The berries are red, spherical and 0.6 to 1.5 cm in diameter.

Cultivation –
China root is a plant whose stems climb through the surrounding vegetation, supporting themselves by means of their spines and tendrils.
The plant is harvested in nature for local use as a food, medicine, and dye source.
It is a plant resistant up to minimum temperatures of about -15 ° C which can be grown in well-drained soils, in a sunny position or in partial shade.
It propagates by seed, with sowing at the beginning of spring in a temperate environment and in a seedbed.
The young seedlings are then placed in single pots from where they will be grown for the first year and transplanted the following year in the late spring – summer period.
It can also propagate by divisions, in the spring period, at the beginning of the vegetative period.
It is also possible to prepare cuttings of semi-mature shoots to be rooted in the period of July in a shady and humidified area.

Customs and Traditions –
Smilax china is a plant used for a long time by the local populations of the areas of origin, both for food and medicinal purposes.
In edible use, the cooked root is used; this is rich in starch.
Shoots and young leaves are also consumed, both raw and cooked.
The leaves are said to contain rutin, but no details on the quantity have been provided.
Fruits are also eaten raw and are eaten to quench their thirst.
A tea is made from the leaves.
In medicinal use, the root is used which is alterative, antiscrofulatic, carminative, purifying, diaphoretic, diuretic and tonic.
It is considered useful when taken internally to treat old syphilitic cases and is also used for some skin conditions, including psoriasis, rheumatoid arthritis, gout, enteritis, urinary tract infections, skin ulcers, etc.
Remember, however, that high doses can cause nausea and vomiting.
Among other uses, in some areas a yellow dye is obtained from the root and leaves when using alum as a mordant. Treated with iron sulphate, the color becomes brown.
From a biochemical point of view this plant contains 7-O-glucoside.

Preparation Method –
Smilax china is a plant of widespread use in the areas of origin and of which leaves, shoots, fruits and roots are used.
The root is harvested in the fall and dried for later use. This is harvested by cutting off the larger roots near the crown and letting the smaller roots grow.
The large, fleshy roots can be dried and ground into a powder.
The shoots and leaves are consumed while the fruits are eaten raw and eaten to quench their thirst.
A tea is also made from the leaves.