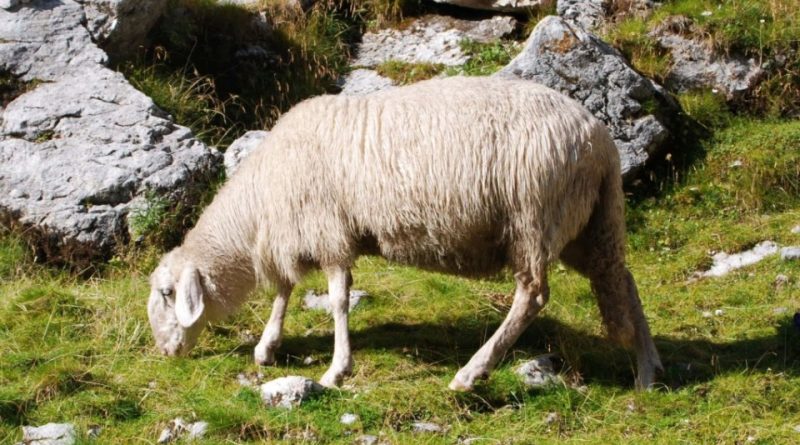 The Apennine is an Italian breed of sheep (Ovis aries Linnaeus, 1758) with a main aptitude for meat production.

Geographic and Area Distribution –
The Apennine is a breed of sheep that developed along the Apennine ridge from indigenous but heteromorphic populations. It is a native breed of the provinces of Arezzo, Florence, Grosseto, Siena, Perugia and Terni. It was once considered a triple aptitude breed (milk, wool and meat).
Today it is bred in Tuscany, Umbria and many regions of the central-southern Apennines and is the most widespread among the meat breeds and provides a fair amount of rather coarse wool (for mattresses).
In 2002 there were about 250,000 head in Italy, raised in the provinces of Arezzo, Florence, Forlì, Grosseto, L’Aquila, Pisa, Perugia, Pesaro, Pescara, Rieti, Siena, Teramo, Terni and Viterbo.

Origins and History –
The Apennine is a breed that historically developed on the Apennine ridge but which is different from the one originally selected: in fact, the breed has continued to be developed to improve the quantity and quality of meat, crossing the Apennines with rams. of other Italian breeds, such as the Bergamasca, or foreign ones, such as the Ile de France, the Berichonne du Cher and others.
This breed is known locally by various names, such as: Barisciano sheep, Casentinese, Crete sheep, Pagliarola, Pomarancina, Perugina del Piano, Senese, Tuscany, Vissana sheep, and others.

Morphology –
The Apennine is a medium-large sized sheep that is recognized for having a straight or slightly arched head, proportionate and devoid of horns.
The ears are medium-long carried horizontally or slightly hanging.
The trunk is relatively long with a height at the withers almost equal to that of the rump, broad chest, well developed rump.
The average height at the withers is 77 cm in males and 69 cm in females, with a weight of 78 kg for males and 56 kg for females.
The fleece is white, open or semi-open; on the other hand, the head, the ventral part of the neck, the lower abdomen and the limbs are naked and the skin is pink.

Productive attitude –
The Apennine is a rather rustic sheep raised once for the production of milk, meat and wool but now reared for its meat. This breed adapts to different environments and unfavorable climates and terrains.
Lambs at birth weigh around 4–5 kg, after a month and a half they reach 16–18 kg, after 100 days they are around 26–30 kg.
Average meat production is 52.6 kg for males and 40.2 kg for females.
From this breed are obtained lambs at 40-50 days of life of 15-17 kg and heavy lambs at 100 days weighing 23-27 kg.
The Apennines are also raised secondarily for their wool which is coarse but of fair quantities: males produce 2.5 kg of wool while females 1.5 kg.
Guido Bissanti