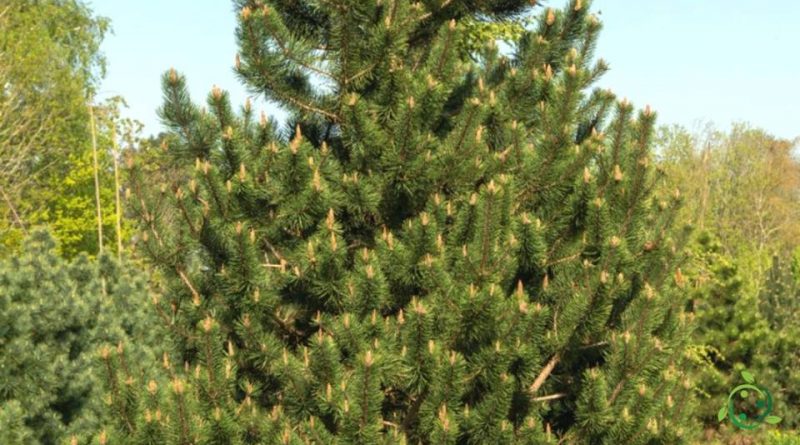 How the Mountain Pine is grown

The Mountain Pine (Pinus mugo subsp. Uncinata (Ramond ex DC.) Domin) is a plant native to the mountains of southern and western Europe (Pyrenees, Massif Central, Jura, Vosges, Black Forest, Central and Western Alps).
This species is typical of the cold-continental climates of the Alpine areas that prefers calcareous or mixed substrates, and colonizes rocky and debris-rich slopes. Sometimes it forms very extensive pine forests. In Italy it is present from the Maritime Alps to Ortler, in the province of Sondrio.
Its reproductive structures are small and numerous yellow male cones at the base of the shoots; female cones, globose at first, then elongated (4-5 cm) with a purplish-red tip. The scales of the pine cones, especially the lower ones, have a very protruding apophysis, with an evident longitudinal keel and umbo folded down into a hook.

Cultivation –
The Mountain Pine is a plant that prefers continental climates and that grows, preferably, on calcareous (but not excessively alkaline) or mixed soils, especially on rocky and rich in debris.
This plant propagates by seed in spring, after a vernalization period of 6-7 weeks, especially in the case of seeds stored by 10% dehydration and kept in an airtight container at 0-5 ° C or at -15 ° C in in case of particularly long storage times (over 5 years). The seeds should be placed in individual containers, to avoid the stress of repatching, and subsequently planted as soon as possible, providing protection during the first two winters spent outdoors.
Once the plant has been positioned and the hole covered, it is useful to cover the area around the trunk with mulch made up of pine needles and bark.
As for its ornamental use, the dwarf cultivars can be part of mixed borders, or be grown in large terraces inside capable containers, together with other dwarf conifers or compatible plants such as heather or aromatic plants such as rosemary, sage or lavender. .
The typical species, on the other hand, can be an interesting addition both as an isolated specimen and in groups in natural gardens, where it will attract wildlife including the Loxia curvirostra (i.e. the Cruiser, a small bird whose beak has changed over the course of evolution. just to be able to feed on the seeds of conifers).
Furthermore, being a very resistant shrub it does not require particular care, but it is good to place it in a spacious area, to make sure that it can spread in width both above and underground.

Uses –
From its buds, as from those of the mountain pine, we extract the moan, an essential oil with a balsamic action, indicated for the treatment of respiratory diseases.