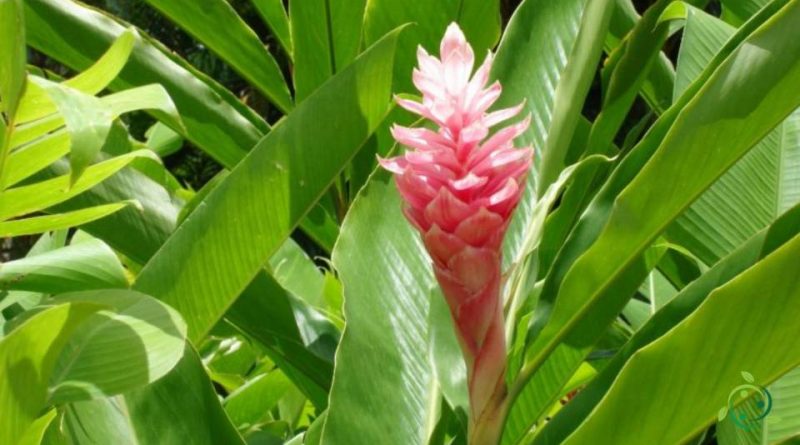 Ginger (Zingiber officinale Roscoe, 1807) is a herbaceous plant of the Zingiberaceae family native to the Far East.
This plant is cultivated throughout the tropical and subtropical belt and is equipped with a fleshy and densely branched rhizome from which both long sterile and hollow stems, formed by sheathing lanceolate leaves, and short fertile scapes, bearing yellow-greenish flowers with spots depart. purplish.
Ginger has been cultivated as a plant for food and medicinal and therapeutic uses since ancient times.
In this sheet we will see the ginger multiplication technique while for the details of the cultivation please refer to the specific sheet.

Multiplication of ginger –
The multiplication of ginger is carried out in spring and is obtained by dividing the rhizome of a mature plant of at least 3 years of age. It is important, however, that the rhizome is equipped with “eyes”, ie primordiums of well developed buds.
It is also advisable to leave the rhizomes to soak for one night to encourage the rooting of new plants.
These are then planted about 4-6 cm deep, taking care that the buds are located upwards.
To obtain more plants it is also advisable to divide the rhizomes, containing eyes, into several parts, with a well-sharpened knife; these portions will then be buried with the gem upwards.
The substrate should be a soft and well-drained soil and if it is grown in pot, a pot about 30 cm wide is needed for each portion of rhizome.
The soil must be kept slightly moist for all the time necessary for rooting.
After rooting, the new ginger plants can be in a warm and sunny place for many hours a day.

Collection and storage –
The rhizomes of ginger are used both fresh, dried and pickled.
There are different forms of ginger root on the market depending on the presence or absence of the cortical layer (peel) of the same root. The skinned form is produced in Jamaica and is called White Ginger, the peeled form is called Black Ginger and comes mainly from China and Sierra Leone.

Use in the kitchen and therapeutic properties –
Ginger shoots, leaves and inflorescences are eaten raw or cooked.
These in the kitchen are combined with meat and game and fish, shellfish and to prepare dry desserts; it is used to flavor drinks (ginger), sauces (curry).
As far as the therapeutic properties are concerned: stomachic, carminative, tonic-stimulating, antiseptic; vitaminizing (has a high content of vitamin C).