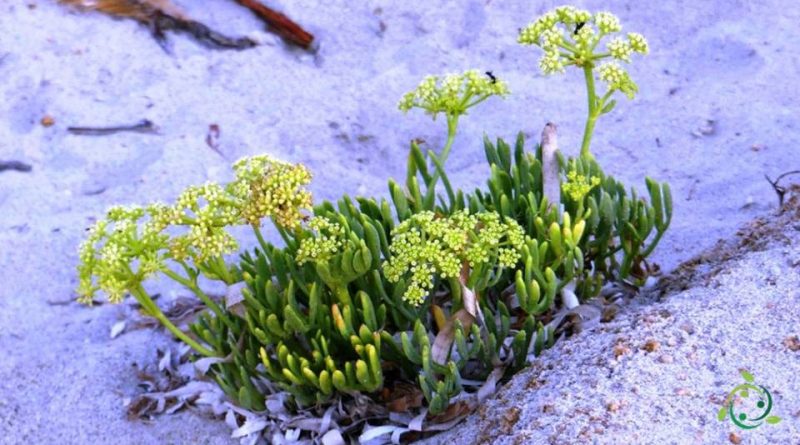 How sea fennel is grown

Sea fennel (Crithmum maritimum L.) is a perennial herbaceous plant of the Apiaceae family.
This plant is native to the European Mediterranean regions and in Italy it is widespread along the coastal areas.
Before moving on to the cultivation technique, it should be remembered that sea fennel is a halophytic plant that prefers coastal temperate climates, so much so that we often find it spontaneous in the coastal areas of the Mediterranean, the Black Sea, on the European Atlantic coasts, in the Irish and Scottish coasts. and North Americans.

Plant choices –
Therefore, in order to cultivate this plant it is good to choose land with full sun exposure and, preferably, in coastal areas. In fact, the plant is sensitive to low winter temperatures but resists salty winds.
From the pedological point of view it prefers sandy, pebbly, saline and rocky soils and, moreover, it also grows on beaches, in the walls and in the crevices of the cliffs; on the other hand, it struggles to grow in soils subject to water stagnation.
Sea fennel is a plant that can be propagated by seed, and if you broadcast it you must then thin out, or even by dividing the clumps.
Direct sowing is generally carried out in the period of September; in this case it is necessary to prepare the well refined seedbed; if sowing in rows, the planting distances are 30 cm both between the rows and on the row, with a density of 10-11 plants / m2. In spring, seedlings are obtained that are allowed to develop in the ground, otherwise they can be taken and planted in cracks in the walls or in pots, the latter is recommended in environments characterized by colder winters as the seedlings are placed in areas repaired.
As for the planting of the tufts, these are obtained from the rhizomes and must be placed in the ground, with the same density, in spring.

Cultivation technique –
Sea fennel is a plant that is grown mostly in vegetable gardens or family gardens or in open fields on small areas of land that often fall into coastal areas.
Once the plant has been planted, mechanical weeding must be carried out, by weeding between the rows, or with manual weeding when the surfaces are small.
As for the supply of nutritional elements, sea fennel is a plant that does not require fertilization.
Finally, irrigation. Due to the characteristics of this plant, this technique should only be performed during the summer but must only be done in extreme cases as this plant is extremely resistant to drought because its leaves are externally coated with a layer of cuticle which limits the losses of drought. water for transpiration.

Harvesting technique –
The leaves and shoots of sea fennel are harvested starting from the month of May and until just before flowering; after this time they become too bitter and unusable.
The leaves can be eaten fresh but it is also possible to dry them directly in the sun or in wine vinegar to ensure that they lose their bitterness.
As for the inflorescences, on the other hand, these must be cut shortly before the seeds ripen, which is then reached by placing them to dry on a tray in an environment sheltered from light, dry and with good air circulation.
This, later, will be separated from the seeds that can be stored in jars or glass containers.