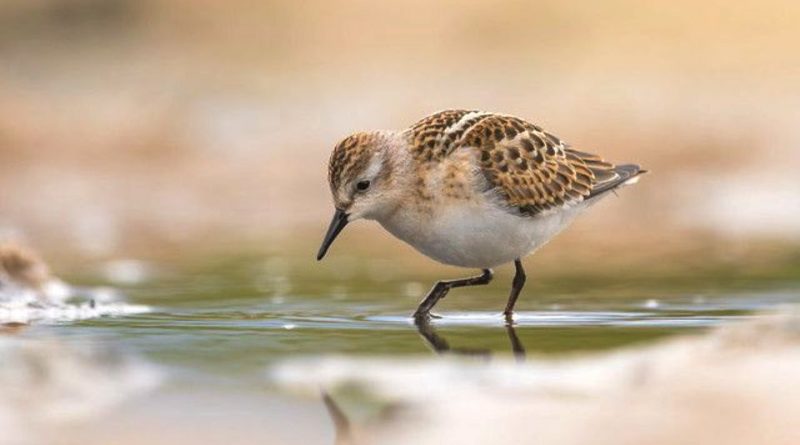 The Little stint (Calidris minuta Leisler, 1812) is a bird belonging to the Scolopacidae family.

Geographic Distribution and Habitat –
The Little stint is a migratory species found in the northern Eurasia area.
It is found in Europe, Africa and Asia (except Indonesia and Laos), Papua New Guinea, Alaska and the west coast of Canada, the United States and Mexico. It also passes through Australia, New Zealand, the Caribbean, Iceland, the Faroe Islands, the Northern Mariana Islands and South Georgia and the South Sandwich Islands.
In Italy it is a regular migratory bird, present in winter with an estimated population between 2,000-4,000 individuals, which is concentrated in a small number of sites, distributed between the Upper Adriatic, Puglia, southern and western Sicily and Sardinia.
Its habitat during migration and wintering is that of coastal wetlands such as lagoons, salt pans, brackish ponds, river mouths, fishing valleys, landfill basins, freshwater marshes subject to evaporation. Inland, it can be seen on the muddy banks of lakes, artificial basins and large rivers, in rice fields, sugar refinery tanks, purification plants. 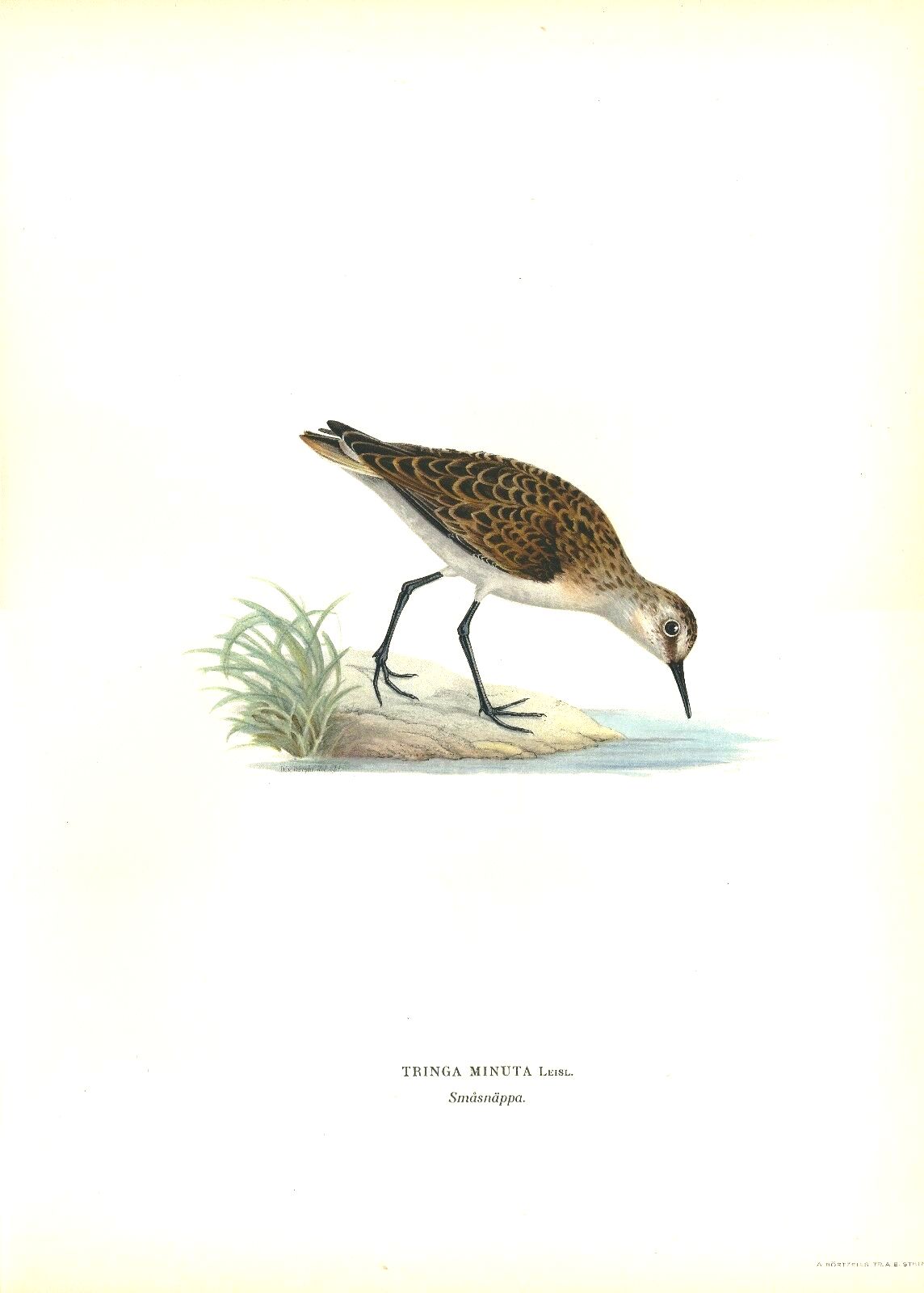 Description –
Calidris minuta is a bird with a length of 13-15 cm and a wingspan of 30 cm.
Adult individuals, both male and female, are not distinguishable from one another.
The summer dress consists of the upper parts and the chest of reddish fawn color with various brown, blackish, and off-white streaks. The lower parts are whitish. It has a black beak, which is not very long and slightly curved in the upper part. The legs are black. Under certain conditions, a species of “V” can also be observed on the back.
This livery begins to change in the late summer period. During this period, reddish shades are considerably attenuated. In winter, the coloring of the upper parts is gray with brown shades without prejudice to the colors of the other parts. In every dress and age, a white wing bar (not very marked) and the gray terminal tail with two white areas on the sides are visible in flight.
The young are very similar to the adults with the typical livery of the late summer period, with light stripes of the crown and the part of the upper belly pink.
Her singing is a strong “stit”.

Biology –
The Little stint is a polygamous species where male and female can incubate separate broods.
The species nests directly on an area just dug out of the bare earth where it builds a cup-shaped nest on the shallow ground covered by vegetation and near water.
Here the female lays 3-5 eggs.

Ecological Role –
The Little stint in winter is a gregarious species and sometimes forms large flocks with other waders of the genus Calidris especially on coastal mudflats or on the edges of internal puddles.
Its feeding consists of insects, molluscs and seeds. The small mollusks are collected in the muddy areas.
Calidris minuta is one of the species covered by the Agreement on the Conservation of Afro-Eurasian Migratory Waterbirds (AEWA).