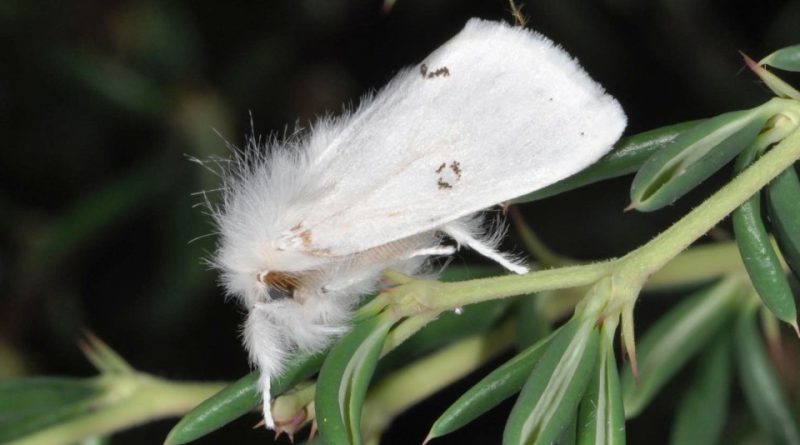 Geographic Distribution and Habitat –
The brown-tail moth is a moth native to Europe, neighboring countries in Asia and the northern coast of Africa. Descriptions of outbreaks, i.e., large population increases lasting several years, have been reported since the 1500s.
This species can be found throughout Europe, except in the northernmost countries, also in the westernmost countries of Asia, such as Turkey, Syria and Israel, and in the countries of the northern parts of Africa.
Later it was accidentally introduced in the United States in 1890 where the diffusion and propagation alternated with moments of great intensity with phenomena of reduction of its population.
In addition to North America, there have been reports of this species appearing in China, Japan, and New Guinea.
Euproctis chrysorrhoea is a fairly frequent defoliator also throughout Italy, especially in the hilly and foothill areas marginal to the woods.
The larval stages of this moth settle on different plants, which can completely defoliate, including: Forest and landscape deciduous trees (Linden, Oak, Hornbeam, Maple, Poplar), ornamental Rosaceae and Fruit trees.
The habitat of this species is represented by open spaces, forest edges and heaths. However, these insects can also be found in orchards, tree-lined avenues and hedges. 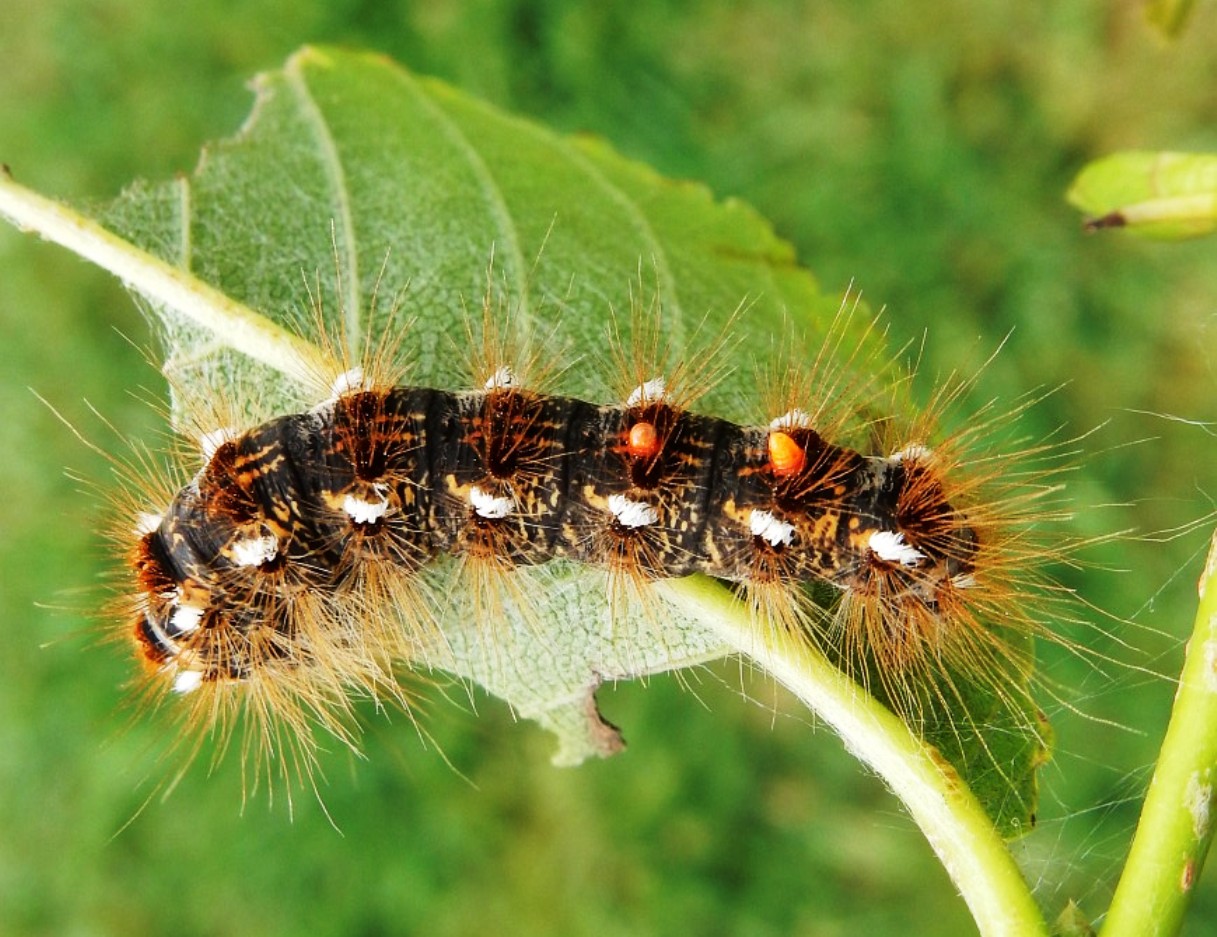 Morphology –
The adults of Euproctis chrysorrhoea have a wingspan of 30-40 mm, with white front wings with marginal blackish points, yellowish-golden terminals, also due to the presence of a hair of the same color.
The eggs are ocher-rusty in color and are recognized because they are laid in groups and covered with yellowish hairs produced by the females and present in the terminal part of the abdomen.
The larvae, when mature, have a length of 30-40 mm; they are covered with down, brown-black, with the back provided with orange tubercles; they complete the livery of the yellow-orange longitudinal bands and, on the sides of the body, of the longitudinal whitish and orange streaks. The hairs provide protection from predators; the larva incorporates some of it into the cocoon within which it pupates.
On the backs of these dark tubercles can be seen from which white ocher or brownish hairs or bristles depart; these hairs are stinging and can cause discomfort to the mucous membranes of mammals.

Attitude and Life Cycle –
The Euproctis chrysorrhoea overwinters at the 3rd age larva stage, in nests they are made with dry leaves and silky threads, secreted by the same larvae, built in the preceding autumnal period and placed in the apical part of the crown; the nests have a length of about 10 cm and have a more or less tapered shape.
In the period of April these larvae resume the trophic activity on the young shoots; these on cold or rainy days and at night return to the nest.
The larvae reach maturity at the beginning of the summer period and the adults flicker between the third decade of June and the first days of July.
The adults mate and lay either on the leaves or on the branches.
The female lays, on the underside of a leaf, a cluster of 200 – 400 eggs; this cluster is covered with hair from its anal tuft.
The 1st generation larvae are born and are active in summer, between the third decade of July and the first half of August.
The young larvae, which have gregarious habits, immediately begin their trophic activity by eroding the leaves and starting to build the nest in which they will winter.
In this way, the Euprottis makes only one generation per year.
The damage is determined by the large infestations of the larval stages which are defoliators.
the defoliation causes a weakening of the plant itself which undergoes stress becoming receptive to other plant diseases. Overall, the damage can be configured in dangerous deterioration and weakening of the affected plants that will certainly be more sensitive to pathologies, especially fungal (lignicolous fungi).

Ecological Role –
Brown-tail moth is a species that can periodically cause significant damage to the plants it feeds on and has become invasive in some countries such as the United States and Canada.
Additionally, caterpillar hairs are toxic to humans, causing an itchy rash that lasts up to weeks due to mechanical and chemical irritation. Direct contact with the larvae is not necessary, as the hairs are lost and can be carried by the wind.
Although Euproctis chrysorrhoea is less poisonous than Thaumetopoea pityocampa, it can cause problems as stinging hairs contain histamine, which is a toxic substance.
The containment interventions of this moth can be biological and biotechnological, while those of a chemical nature are to be avoided.
As far as biological and biotechnological control is concerned, there are some experiments using the Protozoan Thelohania hyphantriae; these tests have shown a satisfactory activity of these preparations towards young larvae.
Furthermore, also for the chitin inhibitor growth regulators, good results have been obtained in conjunction with the hatching of the eggs and on the young larvae.
We remind you not to intervene chemically in order to favor the spread of the natural enemies of this moth which can, in a short time, compensate for sudden infestations.
Among the enemies of Euproctis chrysorrhoea we remember:
– Calosoma sycophanta which is an active predator of the larvae;
– Compsilura concinnata which is a parasitoid of larvae;
– Hymenoptera of the genus Apanteles, which are parasitoids.