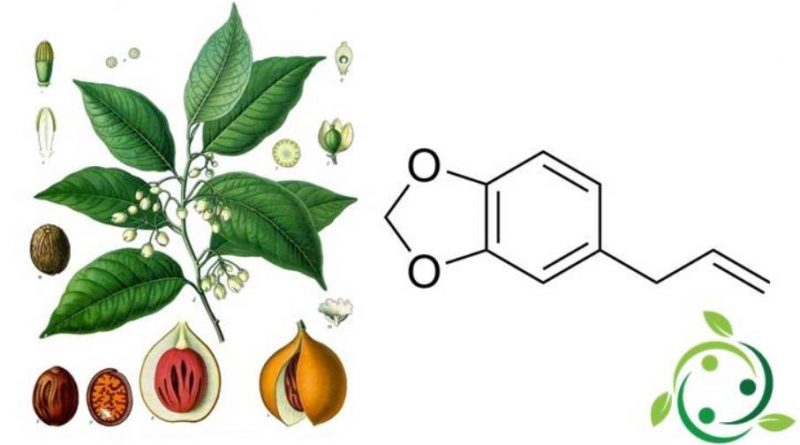 Safrole, whose term in the IUPAC official nomenclature is: 5- (prop-2-en-1-il) -1,3-benzodioxol and whose alternative name is: 4,5-methylenedioxy-allylbenzene is a toxic aromatic compound present in some plants also used in human nutrition, including nutmeg obtained from Myristica fragrans which is an arboreal species belonging to the Myristicaceae family.
Safrole has a brute or molecular formula: C10H10O2 and being toxic it is to be considered an anti-nutritional substance.
In addition to nutmeg, it is also present in parsley, black pepper, star anise, cocoa and sassafras.
The main sources of this compound are however contained in sassafras and camphor oils.

According to experiments conducted on rats, safrole shows hepatocancerogenic action.
Safrol is a starting compound for the production of MDMA (3,4-methylenedioxymethanphetamine) more commonly known as Ecstasy which is a psychoactive substance belonging to the class of phenylethylamines, with marked stimulating and entactogenic effects, although not strictly psychedelic.
MDMA is obtained from safrol through a process that involves isomerization to isosafrol, oxidation of the double bond to form the corresponding ketone and reductive amination with methylamine.