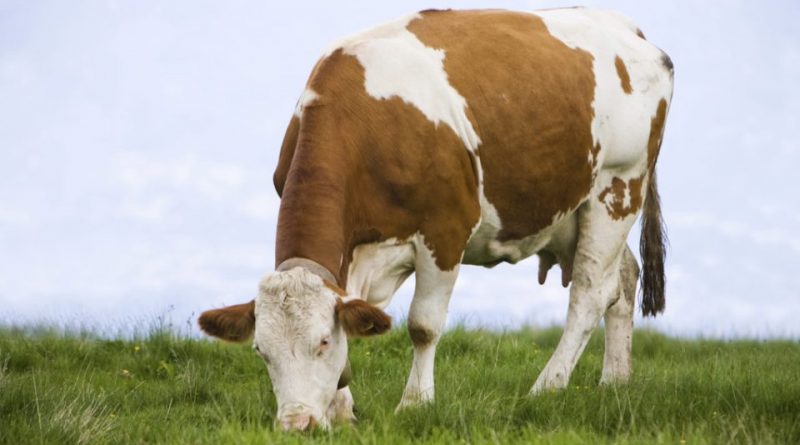 The Austrian Simmental is a bovine breed (Bos taurus Linnaeus, 1758) originally from Austria, with a dual aptitude for the production of meat and milk.

Geographical and area distribution –
The Austrian Simmental is a bovine breed, obtained from crossings after 1830 and bred in Austria and where it is called Osterreichisches Fleckvieh.

Origins and History –
The Austrian Simmental is a cattle breed that belongs to the Red Pezzate group derived from the Simmental. Its origin dates back to 1830 when some local breeds like the Bergschek with the Simmental Switzerland and the German one were crossed.
There are some varieties of this breed, such as: the Danubiana, the East Styrian Spotted, the Innvertel and the Tyrol Spotted.
The Austrian Simmental is the most bred bovine breed in Austria, with a percentage close to 80% and where it is often brought to the mountain pasture.

Morphology –
This breed is recognized for having the red spotted coat, tending to fomentian, with the limbs and the ventral region which are generally white.
The head is white, which rarely presents red spots, and the ears are red. Almost always it has the more or less complete white belt on the shoulders and on the loins.
The musello is of red carnicino color; the horns are short and the waxy yellow claws.
The Austrian Simmental is a breed characterized by harmonious animals that have good characteristics that were once used for the production of meat and work while today the characteristics for milk production slightly prevail.

Production aptitude –
As for the productive characteristics, this breed has inferior performances to those of the Simmental Switzerland; this is also due to the fact that the breed is still more rustic and is raised in more difficult environments.
The productivity is, for the cows checked on 5.110 kg of milk with 4.16% fat, 3.35% proteins.
Even the yields for meat production are good compared to the breeding areas and the quality of the pastures.