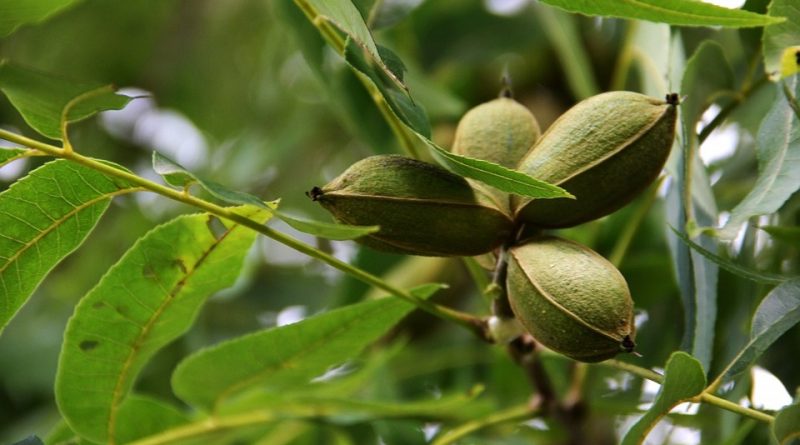 Systematic –
From the systematic point of view it belongs to the Eukaryota Domain, Kingdom Plantae, Magnoliophyta Division, Magnoliopsida Class, Juglandales Order, Juglandaceae Family and therefore to the Gary Carya and to the C. illinoensis Species.

Etymology –
The term Carya comes from the Greek κᾰρύα carya, name given to the walnut, Juglans regia, whose fruits were called κάρυον cáryon. The specific epithet illinoensis for its origins in Illinois, in the USA.

Geographic Distribution and Habitat –
Pecan is a species native to the eastern part of the United States of America (south of the states of Illinois and Iowa, Kansas, Missouri, Oklahoma, Texas and Virginia) which has adapted and spread in all the northern part of the American continent. Today it is grown mainly in the southern United States, Brazil, Austraria and Israel. Its introduction into Europe occurred in the nineteenth century, but had little diffusion. It is cultivated in southern Italy in small plots specialized in Sicily and in some areas of Puglia. 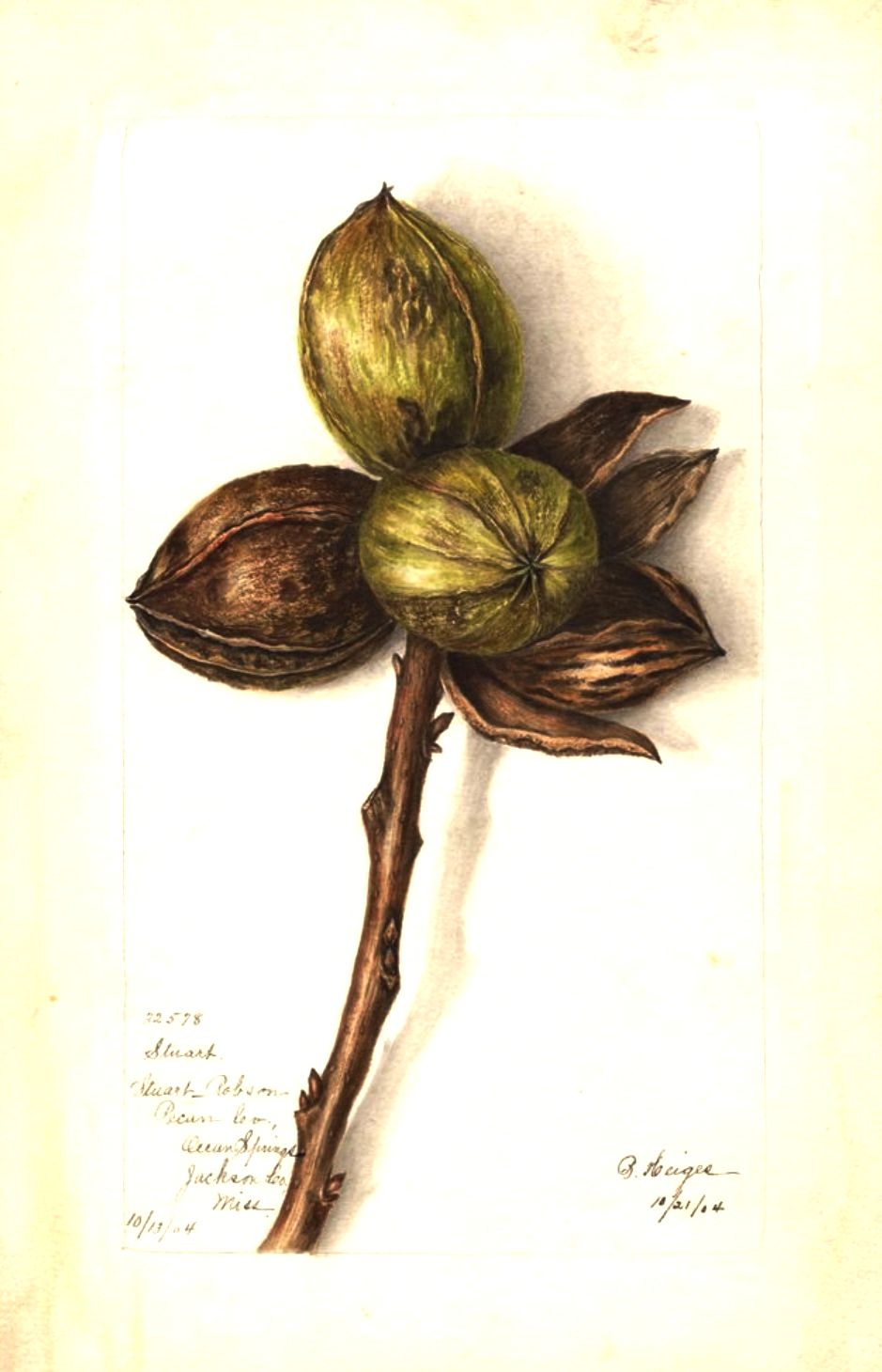 Description –
The Carya illinoensis is an arboreal species with an average height of 20-25 m. but that can reach 40 m, with a trunk of 6 meters in circumference. It is a deciduous and deciduous plant, monoecious and self-fertile, with pronounced dicogamy in most of the cultivars. The leaves have a length of 35 to 60 cm. In spring it produces elongated male flowers, and feminine roundish flowers on long spikes.The fruit is a drupe, but the pecan nut, which in fact is the seed, has a variable shape, generally ovoidal, more or less elongated; outwardly it has a smooth and brown color; it measures 3 to 4 cm in length and is about 2 cm in diameter. The edible part (seed) is often marketed inside the shell (which is the endocarp, the innermost part of the fruit) and is surrounded by a light red film. Its taste resembles that of walnut.The external exocarp (the peel) measures from 2 to 3 mm thick.The Pecan is a fast growing plant and very long-lived.

Cultivation –
The Pecan adapts to different pedoclimatic environments, provided they are warm, due to the high length of the vegetative period and it is resistant to low winter temperatures (up to -10 ° C). The plant is grown in a full wind vessel with very large 6-8 x 6-8 m) given the high size that the adult plant takes. It requires limited irrigation interventions and requires particular attention as regards pruning, which must favor the emission of a good branching in the basal part of the plant. The propagation is by grafting. The harvest takes place in October-November and can also be mechanized. The varieties grown in Italy are: Kiowa, Wichita and Shoshoni. For details of the cultivation technique refer to the following sheet.

Uses and Traditions –
The largest producer (between 80 and 95% of total production) is represented by the United States; within the USA the great producing States are: Texas, Georgia, Alabama, Louisiana and Oklahoma. Outside the US, the Pecan is cultivated in Brazil, Australia and Israel. The numerous varieties (about 500) are distinguished in the East (suitable for climates hot-humid) or western (which better withstand drought). Pecans are appreciated for their soft shell and flavorful kernel. They contain between 65 and 70% of oil. Of this, 73% is composed of monounsaturated oleic fatty acids and 17% of polyunsaturated linoleic fatty acids.

Preparation Mode –
Because of their high percentage of fat, pecans should be kept in airtight containers and kept in the refrigerator to prevent deterioration. With pecans, in addition to direct consumption, they prepare excellent honey biscuits, brown sugar; they can also be used for various recipes and dishes. One of the most famous recipes based on pecan nuts is pecan pie.