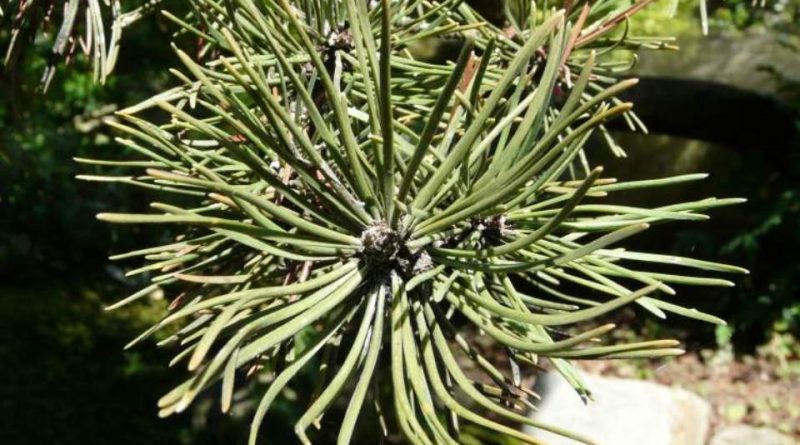 Etymology –
The term Pinus derives from the Latin name of the pine, connected with the Sanskrit pítu resinous, cited by Pliny, Virgil and others. The specific mugo epithet comes from the ancient French musguét mughetto, diminutive from the Arabic musk musk, a ruminant with an odoriferous gland: aromatic, musky. The term of the uncinata subspecies derives from uncinus hook: uncinate, that is of a plant with parts shaped like a hook.

Geographic Distribution and Habitat –
Pinus mugo subsp. Uncinata is an arboreal species native to the mountains of southern and western Europe (Pyrenees, Massif Central, Jura, Vosges, Black Forest, Central and Western Alps). It is a plant of alpine areas with cold-continental climate. It prefers calcareous or mixed soils and colonizes rocky slopes rich in debris. Sometimes they form very large pine forests. In Italy it is present from the Maritime Alps to the Ortler, in the province of Sondrio. 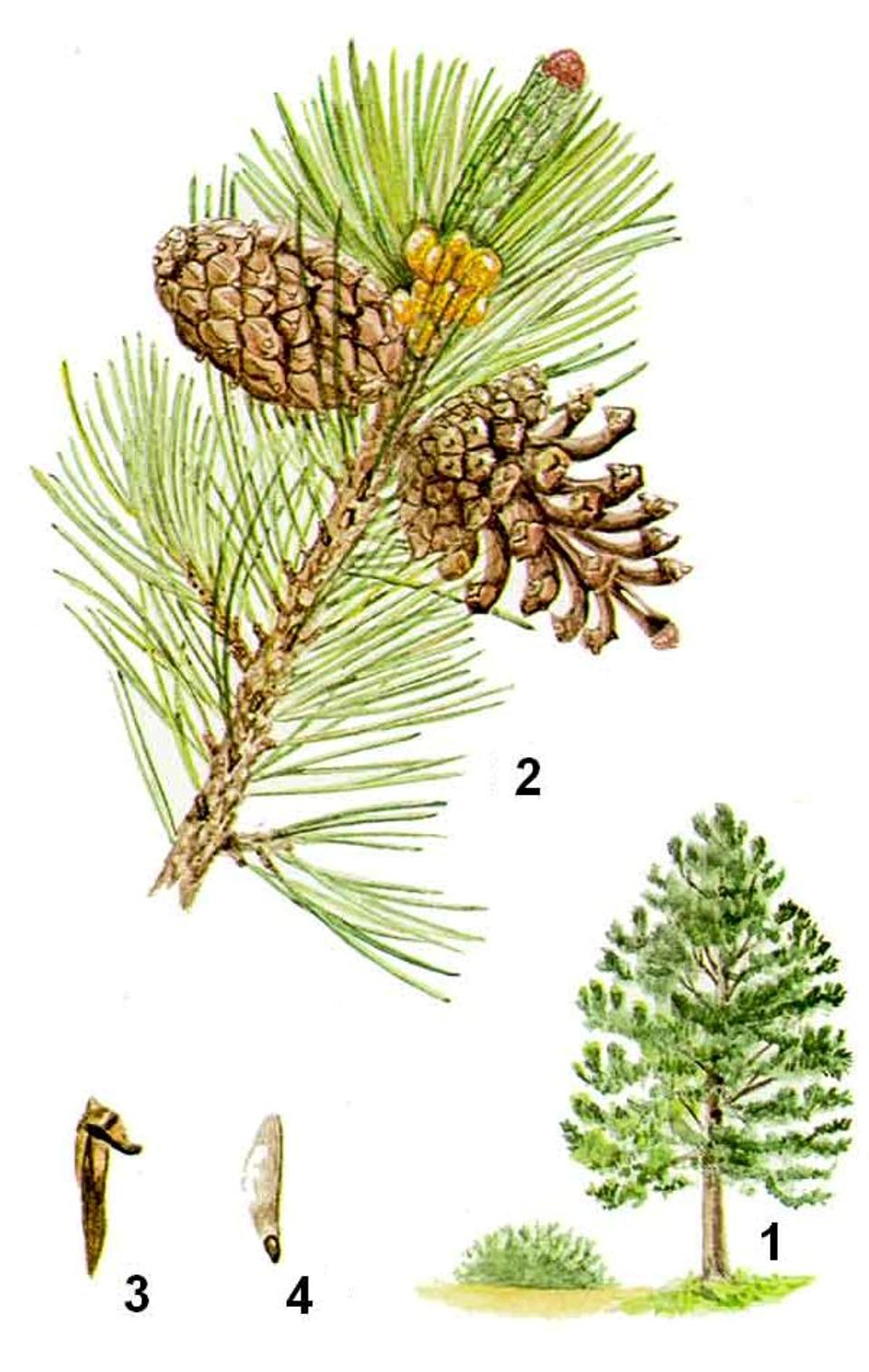 Description –
The hooked pine is a tree, of small-medium size that can reach up to 20 meters in height, with dense foliage, dark green, with the ends of the branches facing upwards. It has a straight, slender trunk, covered with gray rind, opaque, wrinkled when young, then thickly furrowed in small rectangular plates. The leaves are needles arranged in pairs from 1.3 to 4 mm long, pungent, slightly curved and with an intense green color.
The male cones are yellow, small and numerous located at the base of the shoots; the female cones are first globose then elongated, of 4-5 cm, with red-violet point. The scales of the pine cones, especially the lower ones, have a very protruding apophysis, with evident longitudinal hull and umbone folded down in a hook.
Flowering takes place between May and June.

Cultivation –
The hooked Pino propagates by seed during the spring period, after a period of vernalisation of 6-7 weeks, above all in the case of seed preserved by dehydration of 10% and kept in an airtight container at 0-5 ° C or at -15 ° C in case of particularly long storage times (above 5 years). The seeds should be placed in individual containers, to avoid the stress from being removed, and then placed in the shelter as soon as possible but providing protection during the first two winters spent outdoors.

Uses and Traditions –
The hooked Pine wood is fine, not particularly hard and is used as fuel, to make interior furnishings and coverings.
Of this sub species there are different varieties of which we remember:
– Morak, which grows at most 5 cm per year, a small, compact and roundish bush. Ideal in containers or rock gardens or small collections of conifers, perhaps together with mugo cultivars;
– Paradekissen, similar to Morak, but with thinner needles. It forms a very thick and compact pillow. It grows less than 30 cm in 10 years. Usable as Morak in collections, containers or rock gardens;
– Georgenfeld, very rare and is a cultivar with twisted and dwarf growth.
The dwarf cultivars can be part of mixed borders, or be cultivated in large terraces inside capable containers, together with other dwarf conifers or compatible plants such as heather or aromatic plants such as rosemary, sage or lavender. The typical species instead can be an interesting addition both as an isolated specimen and in groups in natural gardens, where it will attract wildlife including the Loxia curvirostra (ie the Cruises, a small bird whose beak has changed during the evolution just to be able to feed the seeds of conifers).
From its buds, like from those of the Mugo Pine, it is extracted the moan, an essential oil with a balsamic action, indicated for the treatment of respiratory diseases.

Preparation Mode –
From this plant, for the extraction of the mugolio, once only the gems were used, very rich in resin, but today at the industrial level it is carried out the distillation of needles and small branches, obtaining, precisely the moan, which is an oil essential odorous, excellent as balsamic, anti-inflammatory, expectorant, fluidizing bronchial secretion, sedative of cough and asthma attacks. It also has diuretic effect and is a good antiseptic for external use.