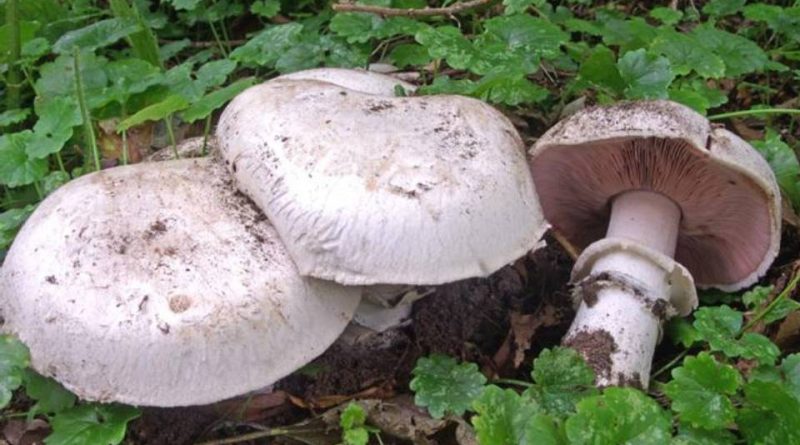 Systematics –
From the systematic point of view it belongs to the Eukaryota Domain, Kingdom Fungi, Basidiomycota Division, Basidiomycetes Class, Order Agaricales, Family Agaricaceae and then to the Genus Agaricus and to the A. bitorquis species.

Etymology –
The term Agaricus derives from the Greek αγαρικόν agarikón, agaric, ie fungus of the Agars, because according to the Greek physician, pharmacist and botanist Dioscorides was imported from Agaria, the country of the Sarmatians. The specific bitorquis epithet comes from an encore, twice and tórquis necklace: with two necklaces or rings around the stem.

Geographic Distribution and Habitat –
Agaricus bitorquis fruits from spring to autumn, in calcareous and sandy soils. It is often gregarious, in the meadows, on the edge of the roads and even on the asphalt from which the road surface appears. 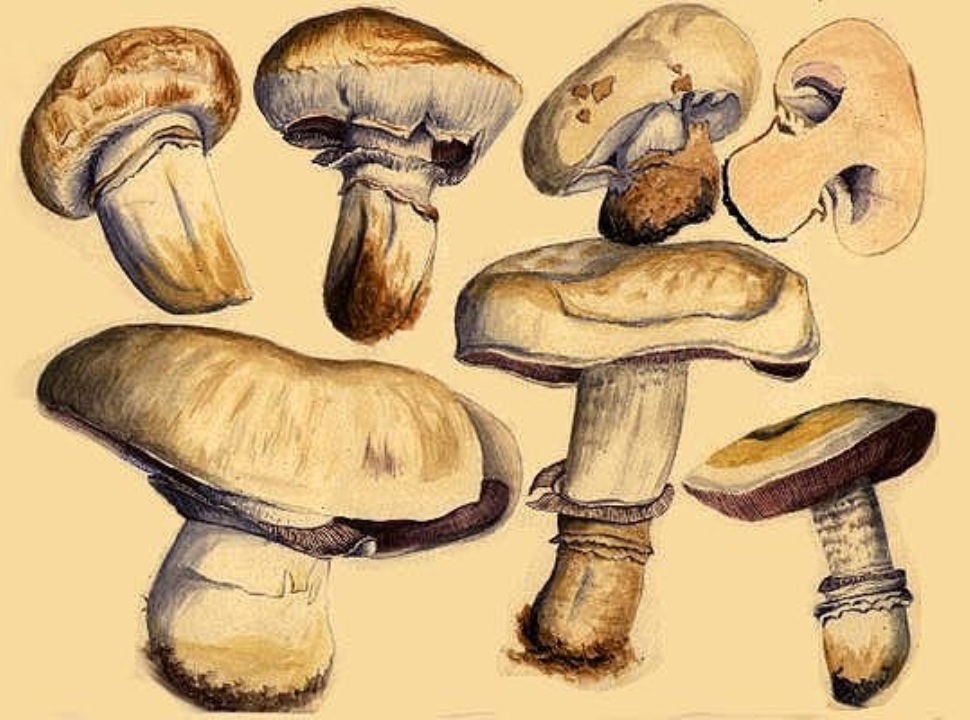 Recognition –
This champignon is recognized for a hat of 15 x 1-2 cm, hemispheric, then expanded, very fleshy, compact, often dirty with earth, with a smooth or slightly fibrillose cuticle, from white to off-white, sometimes pale ocher. , often covered with earth, with a rounded edge, long involute. The lamellae are free or slightly adnate and rather thin, narrow 4 ÷ 6 mm, rounded, pale whitish-pink, then pink, finally dark brown, with whole and whitish thread. The stem has dimensions of 8-12 x 3-5 cm, cylindrical, white, full and firm, glabrous, attenuated downwards and easily separable from the hat. It has a double lower ring (hence the specific epithet), often attached to the edge of the hat. The flesh is firm, white that when cut it turns slightly to the flesh pink, with a smell: strong and pleasant and nutty flavor. Microscopic analysis shows spheres of 5-6 x 4.5-5 μm, sub-spherical, smooth, with a thick wall that are provided with an apical, without a germinative pore, guttulate (mono- and bi- and rarely multi- guttulate), brown-purple (iantinosporeo). The basidia are tetrasporic.

Cultivation –
The Agaricus bitorquis, like other field mushrooms can be cultivated with the same techniques and the same substrates of other mushrooms of the genus.

Uses and Traditions –
The Agaricus bitorquis is an unmistakable pratiiolo also for the ease with which it manages to penetrate and break up the asphalt road on which occasionally we can find this fungus. Obviously it is not recommended to consume these specimens caught near urban centers or roads because, like other species belonging to the genus Agaricus, they tend to accumulate large quantities of pollutants and heavy metals (lead, cadmium, mercury). For the less experienced it can be confused especially with Agaricus campestris, which however has the fleeting ring, more brightly colored lamellae and is more fragile and with the Agaricus bisporus, which has a simple ring and bisporic basidia.
This field has excellent edibility and is also very appreciated raw.

Preparation Mode –
The Agaricus bitorquis, like other field mushrooms, can be preserved in various ways: from dry to oil or even, cut into slices, deep-frozen. It lends itself to all preparations both alone, together with other mushrooms and sauces. For the consistency, the taste and the smell of the meat is very appreciated also from raw in salads or preparations where there is no cooking.