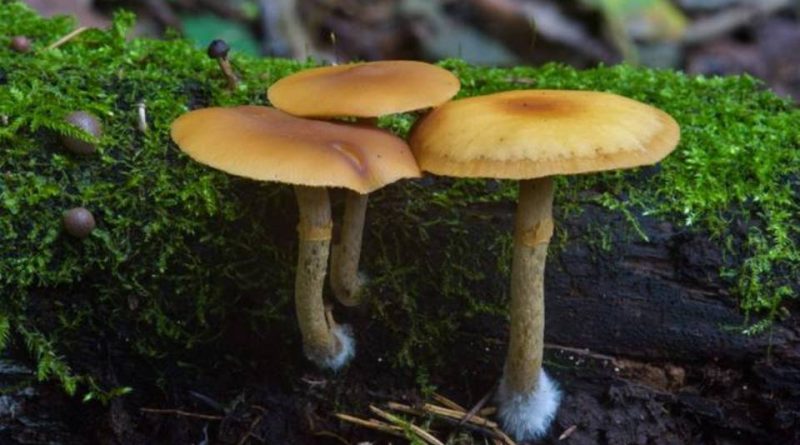 Systematics –
From the systematic point of view it belongs to the Eukaryota Domain, Fungi Kingdom, Basidiomycota Division, Basidiomycetes Class, Agaricales Order, Cortinariaceae Family and therefore to the Genus Galerina and to the G. marginata Species.
The terms Pholiota marginata and Pholiotina marginata are synonyms and obsolete combinations.

Etymology –
The term Galerina is the diminutive of Galera which comes from da galerus galero, a dome-shaped headdress in leather used as a helmet, similar to a small Galera.
The specific epithet marginate is due to the streaks present at the edge of the hat.

Geographical Distribution and Habitat –
Galerina marginata is a poisonous mushroom that grows on different substrates; coniferous and broadleaf woods, mossy wood or moss on soil so it is even easier to mistake it with other similar edible mushrooms. 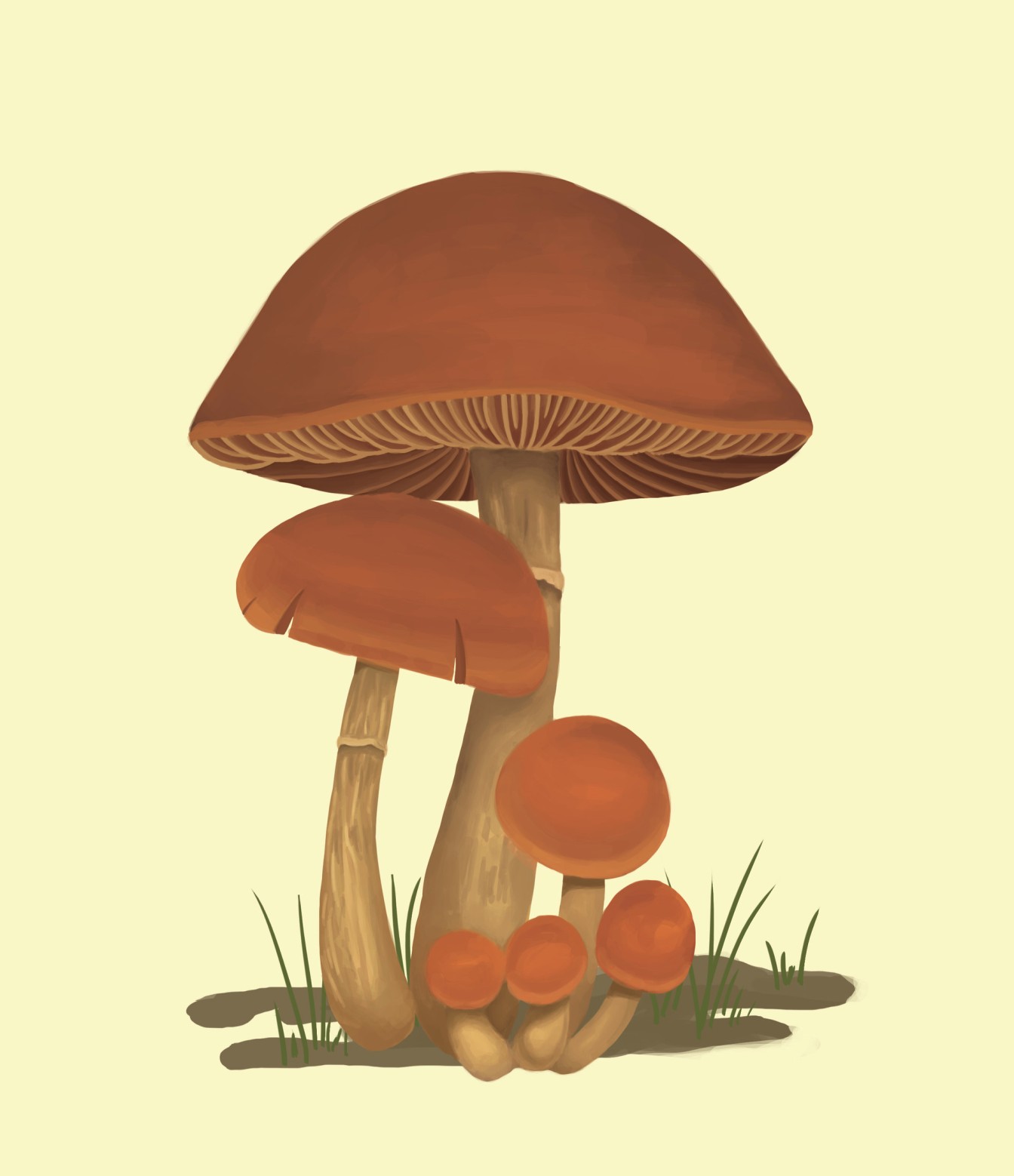 Recognition –
This mushroom has rather small dimensions, around 1.5–3 cm maximum, but can develop into more robust forms that can reach even the 8-10 cm diameter of the pileus.
The hat has a conical-obtuse or more generally convex shape, then more expanded and sometimes almost flat; it is not very fleshy and takes on a different color depending on the atmospheric humidity: if it is high, a dark ocher color, if more dry, dirty yellow. It also has obvious streaks at the edge.
The lamellas are dense, slightly decorrente or adnate and of hazel color.
The stem is cylindrical, ocher-colored, fibrous; it is generally pruinose above the ring, while below it is ocher in color, with off-white veil residues.
The ring is membranous, ocher-colored and small.
The meat has a small consistency, delicate and ocher in color.
It smells of net flour or even light and inconstant (dissect the carpophore or rub the lamellas) and a similar taste but also in this case variable in intensity.
At the microscope we note:
– ocher rust in mass spores, (7) 8-10.5 (11) x 5-6 (7) µm, from ellipsoids to amygdaliforms, more or less warty, calyptrated or not, with apex that has a callus more or less pronounced, smooth and visible flat, cyanophilic and dextrinoid, positive with (KOH) 3 5% becoming rust color, in ammonia the same phenomenon occurs but in a more bland way;
– cheilocistidi of (35) 40 – 68 (70) x 8.5 – 15 x 3.3 3.8 µm, lageniforms with a more or less broad apex, present with a continuous palisade which makes the lamellar wire totally sterile, hyaline and abundant with the presence of a buckle joint at the base a few times;
– pleurocystidia similar to cheilocystidia in shape and size, from quite rare to frequent;
– scattered and infrequent caulocystidia, similar to cheilocystidia;
– pileipellis with encrusting pigment, without pileocystides with more or less gelled layer;
– buckle joints present on all parts of the carpophore.

Cultivation –
The Galerina marginata, due to its high poisonousness, is obviously a non-cultivated mushroom.

Uses and Traditions –
This mushroom is, in fact, one of the most dangerous poisonous mushrooms that exist. This dangerous situation is also linked to the fact that the less experienced often confuse it with edible species that grow bushy belonging to other genera, such as, for example, pioppini, small sea bream or a species that closely resembles it, the Pholiota mutabilis (edule); factor that is increased by the wide spectrum of habitats where this fungus can grow.
It is, however, a fungus whose ingestion leads to the fatal outcome due to the presence of amatoxins.
Unfortunately there are frequent cases of severe intoxication with parafalloid syndrome.
Among the similar species we mention, among other things, Kuehneromyces mutabilis (excellent edible), especially when it is bushy and different species of small size cuts belonging to the genera Agrocybe, Hypholoma, Laccaria, Mycena and Marasmius.
It helps to recognize this fungus by energetic rubbing of the lamellae which allows to perceive a “farinaceous” odor that can be tenuous but in some cases marked.

Preparation Mode –
Attention the Galerina marginata is one of the most poisonous mushrooms known.