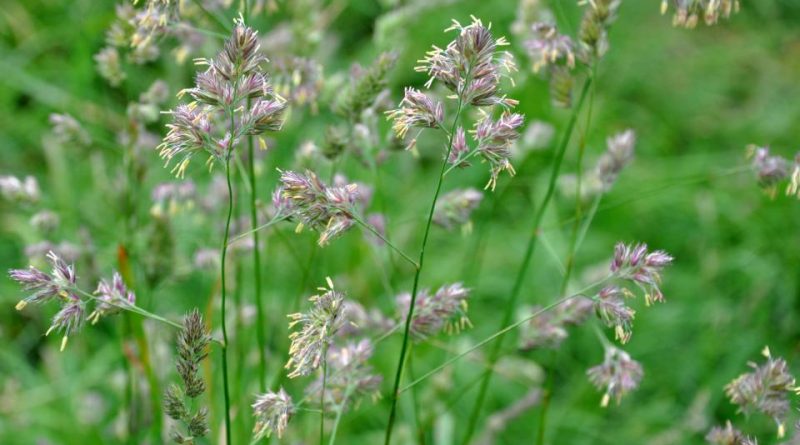 The cock’s-foot (Dactylis glomerata L., 1753) is a herbaceous species belonging to the Poaceae family.

Systematics –
From the systematic point of view it belongs to the Eukaryota Domain, Kingdom Plantae, Spermatophyta Superdivision, Division Magnoliophyta, Class Liliopsida, Subclass Commelinidae, Order Poales, Family Poaceae and therefore to the genus Dactylis and to the species D. glomerata.

Etymology –
The term Dactylis comes from the Greek δακτυλοϛ dáctylos finger, due to the resemblance of the panicle with the phalanges of a finger. The specific epithet glomerata derives from glŏmĕro avvolgare, curl up, thicken, group: due to the spikelets that are characteristically arranged in bunches.

Geographical Distribution and Habitat –
Cock’s-foot is a species native to Europe and the temperate areas of Asia and Africa; it is a grass of global importance and certainly among the most interesting mowing or grazing essences for almost all Italian environments. 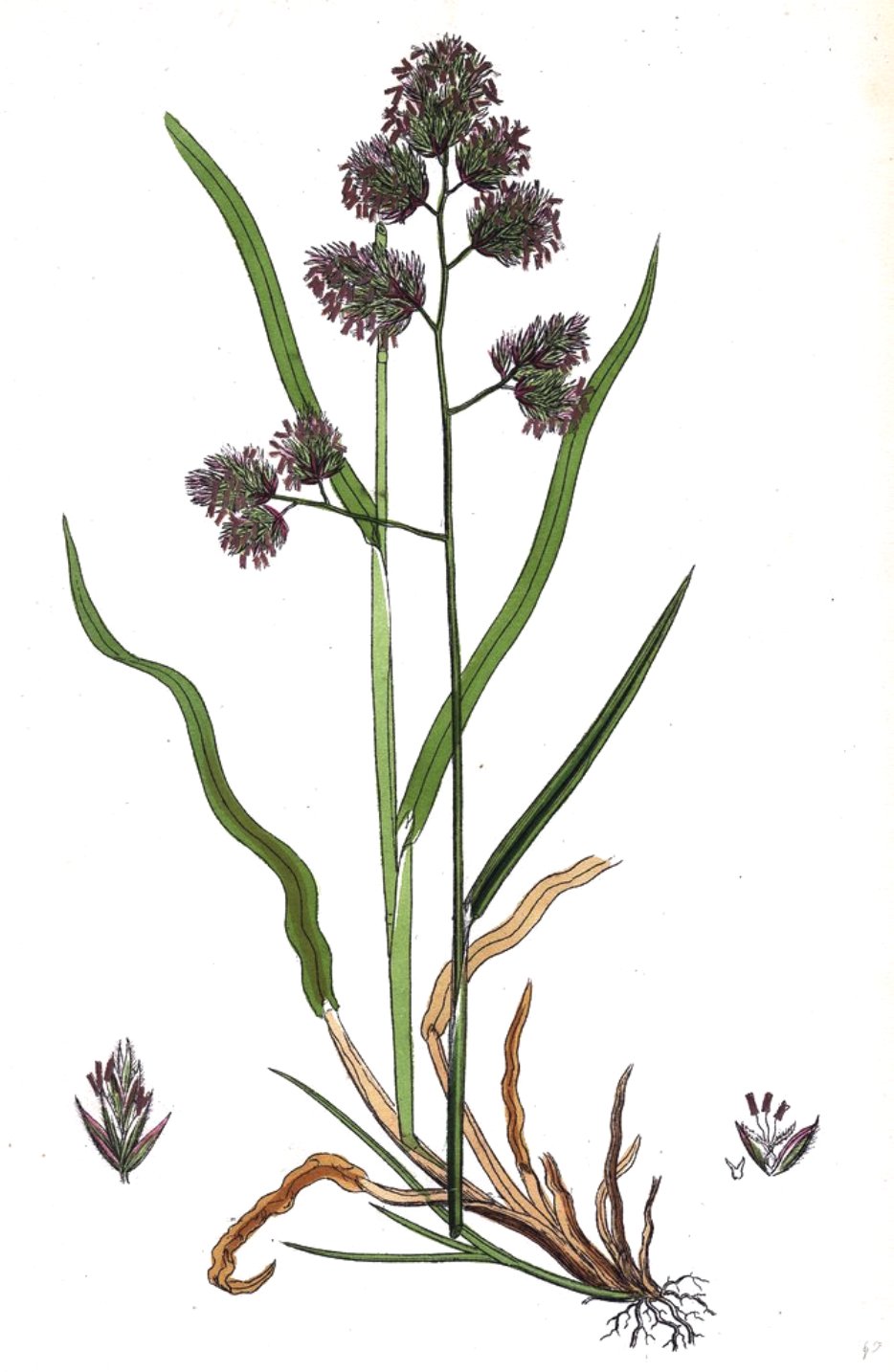 Description –
Dactylis glomerata is a herbaceous species with a variable height between 60 and 140 cm; it has a deep and persistent root system, with robust and compact glaucous green tufts and erect and flattened culms at the base.
The leaves are rough with an elongated white ligule and without orecchiette. The inflorescence is a branched heat wave with spikelets arranged in bunches and with 2-6 flowers.
The seeds are small (the weight of 1000 seeds is 1.1 g) dressed, briefly rested and curved, which detach easily from the spine after maturation.

Cultivation –
Cock’s-foot is an essence widely cultivated as a forage or pasture fodder plant; it is a very rustic plant that bears low winter temperatures, drought conditions and various types of soil, showing difficulties only in very acid soils or in those subject to water stagnation.
It is a slow-growing species, it requires good soil preparation for sowing. The sowing period can be spring, around the month of March, to avoid the late frosts to which it is sensitive, and autumnal, by the end of the diagonal, to allow development before the winter colds.
It has a longevity of between 5 and 8 years and a high productivity, with averages of 100-120 q / ha.

Uses and Traditions –
The cock’s-foot is also called by other names including: Panicle grass, White ear, Grouped Paleo, Elbow.
Cock’s-foot is an essence from mowing or grazing. With mowing it is used as hay or as a silage. It is generally used not in pure culture, but rather as a component of oligofite meadows and in particular to the intercropping with alfalfa due to its limited competitiveness.
It is also a species with good chemical composition of fodder and good palatability provided it is used before earing as, after this period, there is a very rapid deterioration in quality.
It is a species that controls weeds well both when cultivated alone and in intercropping; gives good results in oligophite or polyphitic mixtures with alfalfa, red clover, white clover, sainfoin and on.
Of this species there are numerous varieties of European, American and Australian origin. Among the Italian varieties we mention: “Dora”, early high-cut, fast-growing, mowing; “Cesarina”, intermediate, grazing. “Jana”, “Dama” and “Padania”; among foreign women: “Curie”, an Australian of Mediterranean adaptation; “Phillox”, Danish and “Prairial”, French, these last two in a late cycle.

Preparation Mode –
Dactylis glomerata is a herbaceous species used for animal nutrition while there are no uses for human nutrition or pharmaceutical uses.