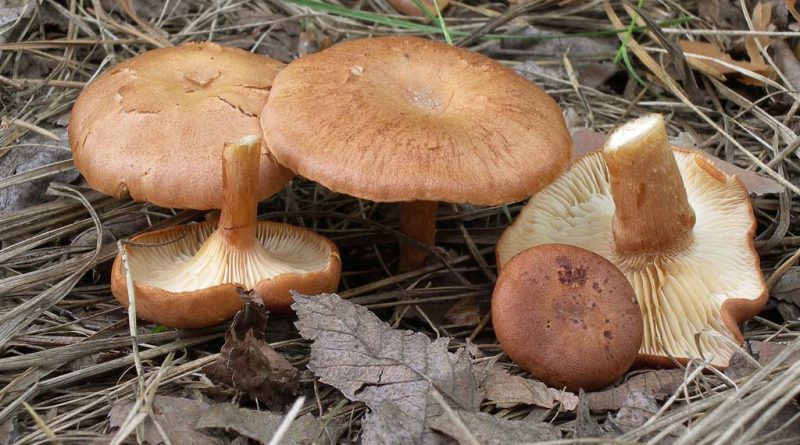 The synoptic Clitocybe (Clitocybe sinopica (Fr.) P. Kumm. 1871) is a fungus belonging to the Tricholomataceae family.

Systematics –
From the systematic point of view it belongs to the Eukaryota Domain, Kingdom Fungi, Basidiomycota Division, Basidiomycetes Class, Order Agaricales, Family Tricholomataceae and then to the Genus Clitocybe and to the C. Synoptic species.
The term Bonomyces sinopicus (Fr.) Vizzini is synonymous.

Etymology –
The term of the genus Clitocybe comes from the Greek κλῑτύς clitús declivio, slope and κύβη cýbe head: from the inclined head, for the shape of the hat generally funnel-shaped, due to the decurrent lamellae. The synoptic specific epithet derives from sinopis sinopia, a red pigment used to trace, so called because according to Pliny it was produced in the city of Sinope (Σινώπη Sinope) on Pontus.

Geographic Distribution and Habitat –
The synoptic Clitocybe is an early fungus, quite rare, which grows under conifers, in the middle of the moss with a fruiting in the spring and more rarely in the fall. 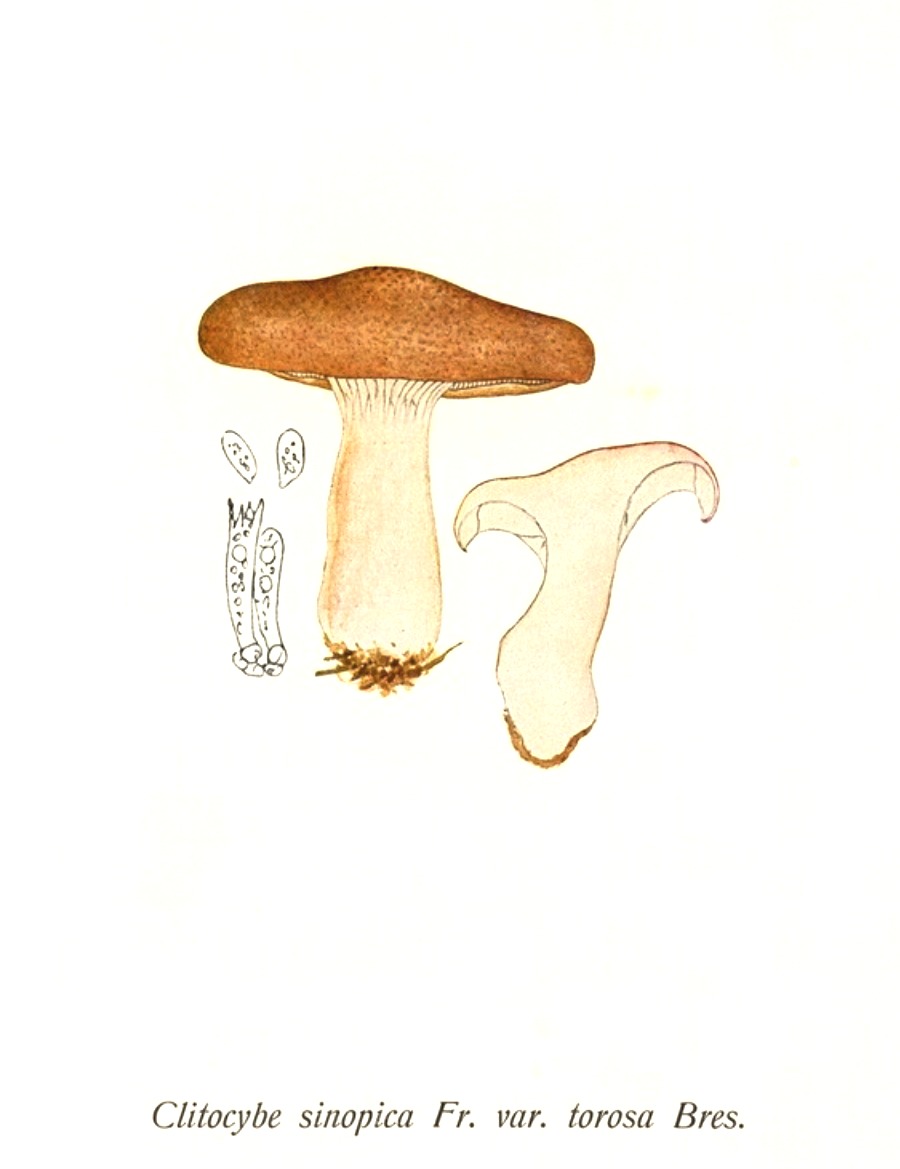 Recognition –
It is recognized for having a hat of 7-8 cm which is initially slightly convex, soon depressed and sometimes also strongly hollow, of a beautiful brick color tending to brown, opaque and with margin initially involuted and then irregular and thin. The lamellae are cream-whitish and barely decurrent and arched; the stem is 5-6 x 0.8-1 cm, which is basically colorless to the cap. The meat has a whitish color, with reddish undertones under the cuticle, firm, with a strong smell and flavor of flour. Under the microscope, oval-elliptic spores with a smooth, hyaline surface of 7-10 X 4.5-6.5 microns are noted.

Cultivation –
There are no crops of the synoptic Clitocybe.

Uses and Traditions –
This fungus is quite easy to determine for both the smell of flour and the macroscopic aspects. In some cases it can be confused with Clitocybe Vermicularis which has a less pronounced odor. In the absence of this character it could be confused with Clitocybe subsinopica and with Clitocybe lateritia.
The synoptic Clitocybe is an edible fungus but of little value due to the slightly fibrous flesh, furthermore, because of its rarity it is strongly discouraged by the harvest.

Preparation Mode –
Due to the rarity it is not recommended to collect and then prepare this mushroom.