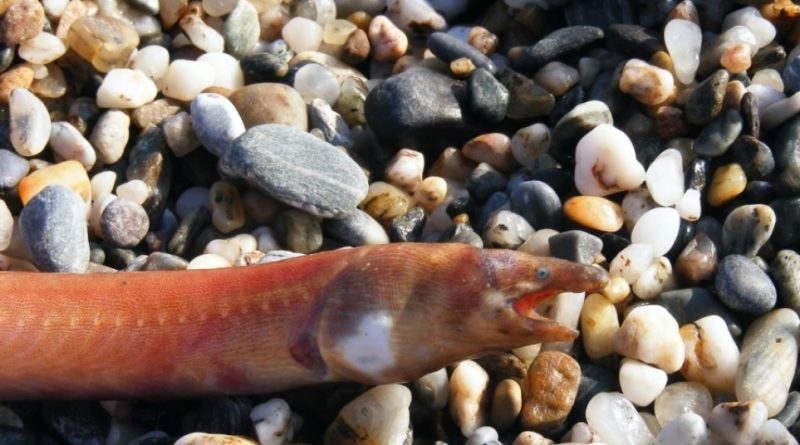 The rufus snake-eel (Ophichthus rufus Rafinesque, 1810) is a marine bony fish belonging to the Ophichthidae family.

Geographic Distribution and Habitat –
Ophichthus rufus is a fish found in the Mediterranean Sea, the Black Sea, the North-Eastern Atlantic Ocean, including Algeria, Albania, Croatia, Egypt, France, Cyprus, Gibraltar, Greece, Italy, Israel, Montenegro, Lebanon, Libya, Malta, Morocco, Monaco, Slovenia, Spain, Tunisia, the Syrian Arab Republic and Turkey.
This fish is quite rare in the Italian seas and reported in the Ligurian Gulf, in the Tyrrhenian Sea and in the seas of Sicily.
Its habitat is that of the muddy bottoms of the circalitoral plane between 50 and 300 meters deep, where during the day it burrows into sandy or muddy bottoms. 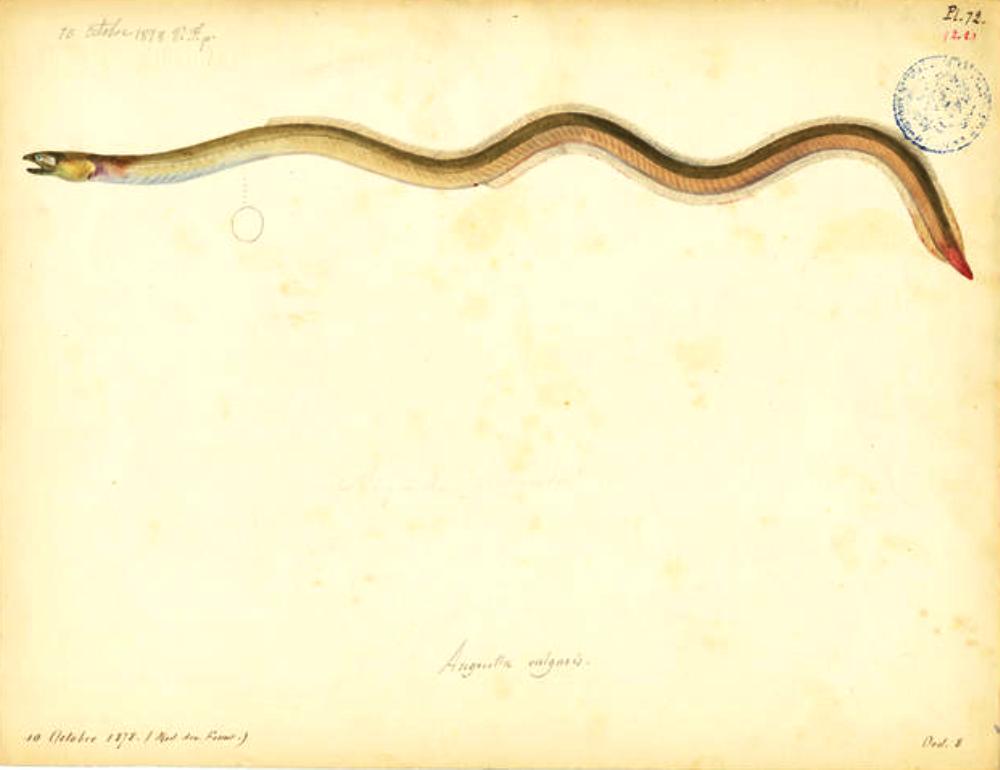 Biology –
The rufus snake-eel, like all fish that live buried in the seabed, has a little known biological cycle; however it is known that it reproduces at the end of summer since, in the Mediterranean, the deposition of the eggs has been recorded from July to October and the larvae are leptocephalic.

Ecological Role –
Ophichthus rufus was described by Constantine Samuel Rafinesque in 1810, originally under the genus Echelus.
This fish, which inhabits the mud sediments on the continental shelf, feeds on benthic invertebrate organisms and small fish.
It is caught with coastal trawls and bottom lines. The meats are good but full of bones, in some areas of Sicily they are used for fish broth.
Due to its wide distribution and abundant population, as well as the lack of major known threats, the IUCN Red List currently lists this fish as Least Concern.