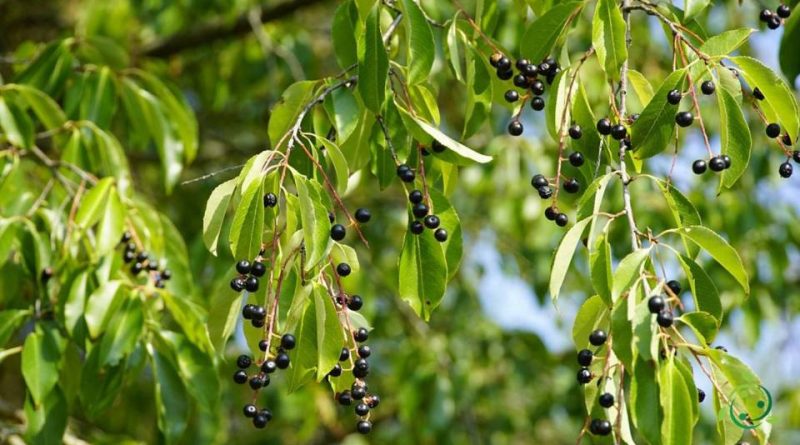 Reproduction of the Bird cherry

The Bird cherry or hackberry, hagberry, Mayday tree (Prunus padus L.) is a tree of the Rosaceae family native to Europe and northern Asia.

Suitable breeding habitat –
Prunus padus is a plant present in the northern hemisphere and widespread in Europe, Asia and North America.
In particular, it is present in eastern, central and northern Europe and extends to the central latitudes of Asia, including Japan. Its distribution includes all of western and central Europe north of the Pyrenees and the Alps and south of the treeline with small ranges also found in Spain and Northern Italy and even parts of North Africa.
It also grows throughout Eastern Europe north of the Balkan Mountains and the steppe, as well as in the Caucasus. In Asia it is found in all the forests of Siberia, the Russian Far East, Korea, Hokkaido and parts of China with ranges in the Himalayas.
It has also been introduced in North America and Alaska where it was mainly planted as an ornamental plant.

Propagation –
The Bird cherry is a plant that adapts to cold climates and prefers fresh, siliceous soils placed in dim light and is very resistant to the acidity of the soil and can also live in peaty soils. However, it is a rustic plant, as it can also adapt to calcareous soils, and resists both drought and humidity well.
As far as propagation is concerned, this can be done both by seed and by cutting. The pado or cherry in clusters is a species widely used for ornamental reasons, especially in central Europe, also in urban furnishings due to its showy flowering.
The multiplication by seed requires a cold stratification of about 2-3 months. Germination can take up to 18 months and in the meantime it is important that the sowing site is protected from rodents and weeds. After germination, repatching in individual containers must be carried out. After the first winter, spent sheltered in a greenhouse, the seedlings can be planted in late spring or early summer. Alternatively, if you want to proceed by vegetative propagation, you can take semi-woody cuttings in July-August or woody cuttings in October-November, or some of the numerous root suckers can be taken in December.

Ecology –
The presence of Prunus padus includes all of Europe except the Mediterranean and central-northern Asia. In Italy it is widespread above all in the northern regions, in particular in the Alps where it can reach the limit of forest vegetation but also in the Po valley.
It is in fact a plant capable of withstanding the cold. It prefers cool siliceous soils placed in dim light and is very resistant to the acidity of the soil and can also live in peaty soils.
The fruit of this tree is rarely used in Western Europe, but, long ago, it may have been used as a staple food in the Far East. According to Herodotus (who wrote about 2500 years ago) a strange breed called Argippea, all bald from birth, who lived in an identifiable area perhaps at the foot of the Urals, gathered the fruits as large as a bean from a tree called “pontic” and squeezed from them a black drinkable juice, making then, from the residue of the squeezing, a kind of focaccia.
In Russia the fruit of the tree is still used for culinary purposes. The dried berries are ground into a flour of varying fineness which is the main ingredient of the sour cherry cake. The flour is brown, as is the cake, although there is no chocolate. Both the flour and the cake are sold in local shops and bakeries. In a more conventional preparation method, fresh sour cherries can also be chopped and cooked to make jam.
The tree was used as a medicinal plant during the Middle Ages, during which it was also believed that the bark of the tree, placed on the door, would ward off the plague.
In North America, on the other hand, it is mainly used as an ornamental plant.
This plant, especially where it grows spontaneously, is also an important source of food and shelter for many birds and wild animals.