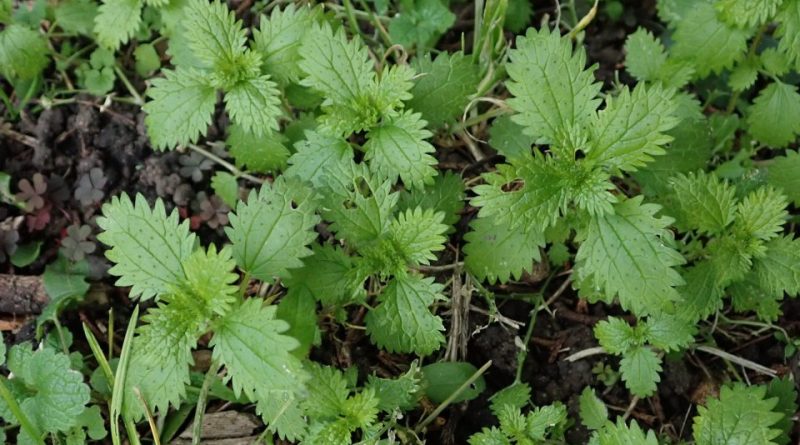 The annual nettle, dwarf nettle and other names (Urtica urens L., 1753) is a herbaceous species belonging to the Urticaceae family.

Etymology –
The term Urtica comes from úro burn, inflame: a reference to the burning caused by contact with stinging hairs.
The specific urens epithet always comes from uro burn: always due to the presence of stinging hairs that cause burning.

Geographic Distribution and Habitat –
The annual nettle is a native plant of Eurasia and North Africa found in some regions, including the Himalayan regions of Kalimpong, Darjeeling and Sikkim in India and can be found in North America, New Zealand and South Africa as an introduced species.
In Italy it is common in the Alps, especially near the mountain pastures in the vicinity of manure heaps, where the presence of nitrogen is abundant.
Its habitat is that of highly eutrophic ruderal environments, near houses and mountain huts, from sea level to about 1500 m (rarely up to 2000 m in the mountains of Mediterranean Italy. 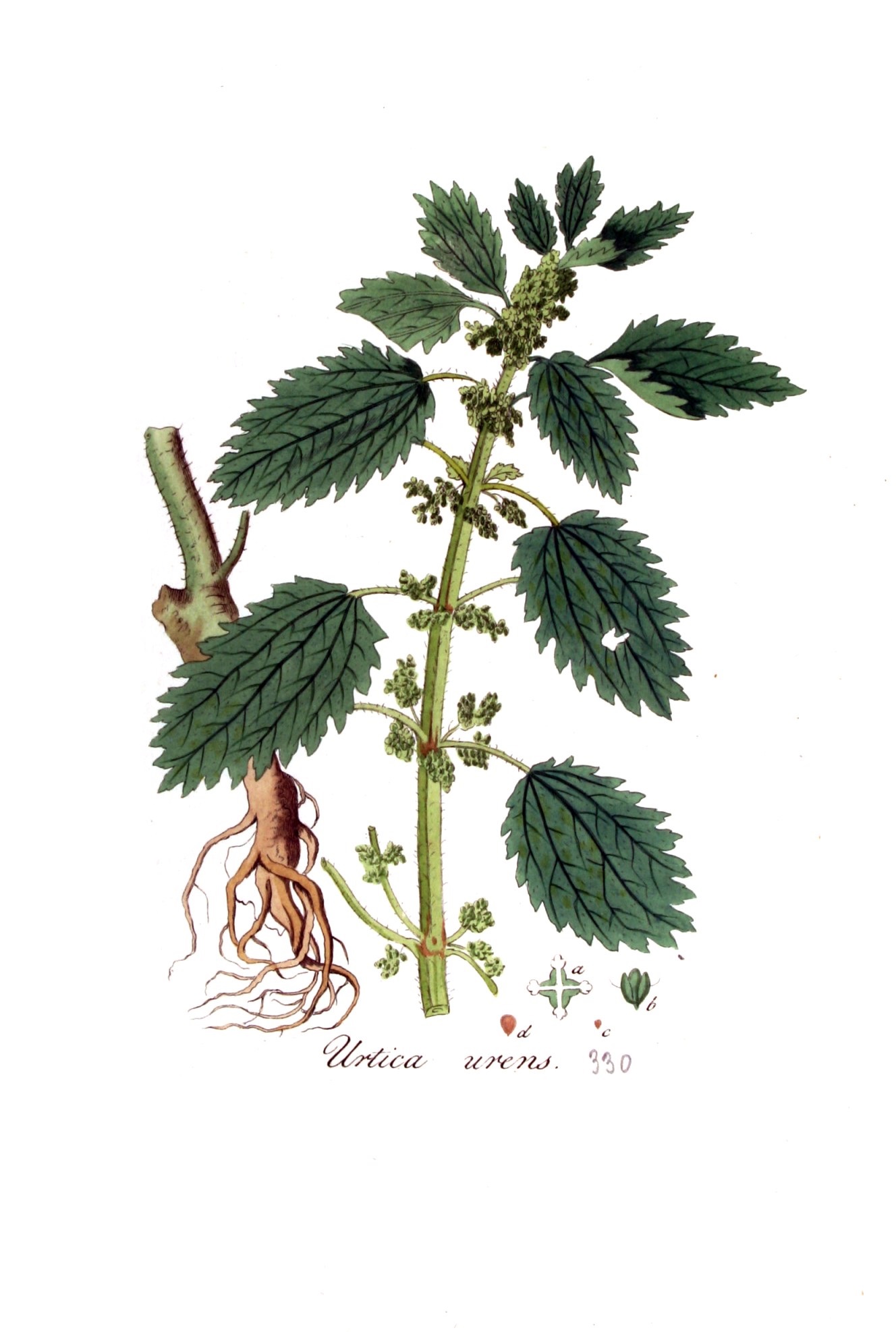 Description –
Urtica urens is an annual, monoecious herbaceous plant, between 10 and 60 cm tall.
It has light green leaves, oval, opposite and serrated, densely provided with stinging hairs on both sides.
The flowers are small, unisexual, yellowish green, gathered in a pendulous spike inflorescence, axillary and bisexual.
The flowering period is from May to November depending on its latitudinal and altitudinal distribution.

Cultivation –
Urtica urens is an annual plant that in many areas is harvested in its natural state for local use as a food, medicine and source of materials.
The leaves of this plant have stinging hairs, which cause skin irritation. The substance responsible for the stinging and thermolabile property so that the cooked leaves are edible.
The plant prefers nitrogen-rich soils and does not like shade.
The plants can be grown for food, medicine, for obtaining fiber or as a companion plant to make other plants more resistant to phytophagous insects.
The best fiber is obtained when the plants are grown in deep and fertile soils.
Propagation occurs by seed, with sowing directly in the open field or in seedbeds and subsequent transplantation.

Customs and Traditions –
Urtica urens has many properties in common with Urtica dioica, including medicinal ones. His hair is said to be even more stinging.
It is also used in the food sector. In this sense, the young cooked leaves are used as a vegetable. It is a very nutritious food, rich in vitamins and minerals; it is excellently used as a substitute for spinach and can also be added to soups and stews.
From young shoots you can get a beer.
In the medical field, nettles have a long history of use in folk medicine.
A tea made from the leaves has traditionally been used as a tonic and blood purifier. The whole plant is anti-asthmatic, anti-dandruff, astringent, purifying, diuretic, galactogogue, hemostatic, hypoglycemic and stimulating tonic.
An infusion of the plant is very valuable in stemming internal bleeding and is also used to treat anemia, excessive menstruation, hemorrhoids, arthritis, rheumatism and skin disorders, especially eczema.
Externally, the plant is used to treat arthritic pain, gout, sciatica, neuralgia, hemorrhoids, hair problems, etc .. however this species deserves further studies for possible uses against disorders of the renal and urinary system.
Nettle juice can be used as an antidote to leaf stings, and an infusion of fresh leaves can be used as a soothing and burn lotion.
With the fresh plant, harvested in bloom, a homeopathic remedy is obtained.
This plant is a useful first aid remedy; it is used in the treatment of ailments such as bites and stings, burns, hives and breastfeeding problems.
From the stems a strong linen-like fiber is obtained which is used to make twine and cords.
From this you also get a good quality paper. In this sense, the plant should be harvested when it begins to dry out in early autumn.
Among other uses it should be noted that the leaves are also an excellent addition for the preparation of compost and can be soaked for 7 – 21 days in water to make a very nutritious liquid fertilizer for the plants.
This liquid is an excellent insect repellent.
Furthermore, the growing plant, associated with other plants, increases the essential oil content of these, thus making them more resistant to harmful insects.
Dyes are also obtained from various parts of the plant.
From an ecological point of view this plant plays an important role for some insects.
In New Zealand it is also a food plant for the Bassaris Gorilla butterfly and for the Vanessa itea butterfly.

Preparation Method –
Urtica urens is a plant of which everything is used and can be used for a variety of uses.
In the food sector, the leaves are used after cooking. However, only young leaves should be used because older leaves develop grainy particles called cystoliths which act as an irritant to the kidneys.
The fresh and younger leaves, although they have stinging hairs, are perfectly edible after cooking.
For medicinal purposes, the plant should preferably be harvested between May and June, before flowering and can be dried for later use.
From the infused leaves a hair wash is obtained which is used as a tonic and anti-dandruff treatment; a green dye is obtained from the leaves and stems and a yellow dye from the roots.
An oil is obtained from the seeds which is used as an illuminant in lamps.