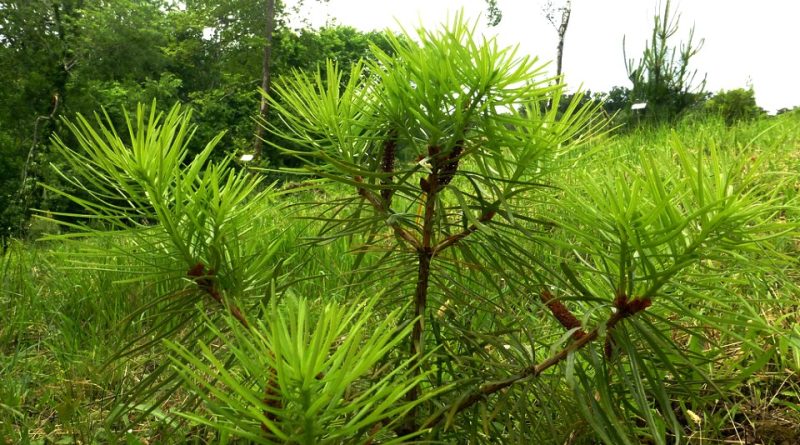 Etymology –
The term Cathaya comes from Cathay, the name by which northern China was known in medieval Europe. The word derives from Khitay (or Khitan), the name of a semi-nomadic people who left southeastern Mongolia in the 10th century AD. to conquer part of Manchuria and northern China.
The specific epithet argyrophylla comes from the Greek ἄργῠρος árgyros silver and from φύλλον phýllon leaf: for the leaves with silvery reflections.

Geographic Distribution and Habitat –
Cathaya argyrophylla is a conifer native to China, where it is present in the south-eastern provinces of Sichuan (Nanchuan Xian, Wulong Xian), northern Guizhou (Daozhen Xian and Tongzi), southern Hunan, north-eastern Guangxi (Jinxiu Yaozu Zizhixian, Longsheng Gezu Zizhixian).
Its habitat is therefore that of altitudes between 900 and 1,900 m above sea level, generally on open slopes and ridges and on calcareous soils. 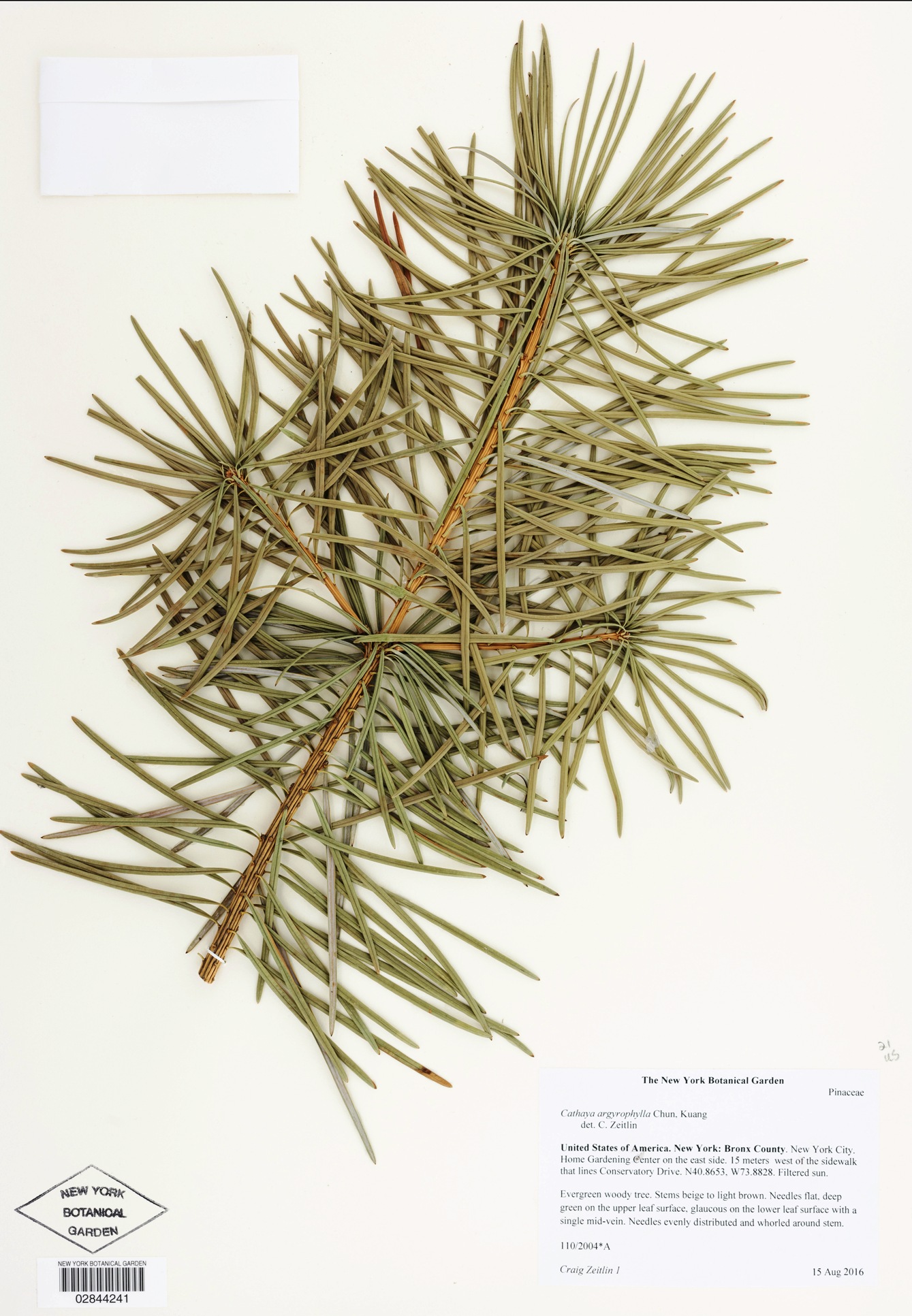 Description –
Cathaya argyrophylla is a monoecious conifer that grows up to a height of 20 meters, with a straight and cylindrical trunk. Its bark is dark gray when ripe and peels unevenly.
The needle-like leaves are between 2.5 and 5 cm long and are spirally arranged around the branches.
The male cones are green, which when ripe are dark brown, ovoid or ellipsoid, 3-5 × 1.5-3 cm. They are axillary, sessile, initially erect but becoming pendulous, maturing in the first year but often persistent for many years. Each of them has 13-16 woody, stiff, suborbicular or compressed seed flakes. The scales are orbiculo-ovate, 1,5-2,5 × 1-2,5 cm, densely pubescent on the exposed part, dehiscent when ripe, persistent. The bracts are 1 / 4-1 / 3 long of the scales, are spatulate with tapered apex.
The female cones are between 3 and 5 cm long, have between 15 and 20 scales each carrying two seeds.
The seeds are dark green mottled with light green, slightly appressed, obliquely ovoid, 5-6 × 3-4 mm with a yellow-brown membranous wing that is obliquely ovate or elliptic-ovate of 1-1.5 cm × 4-6 mm.

Customs and Traditions –
Cathaya argyrophylla is the only species of the genus Cathaya and is a species that was formed during the last glaciation of the Pleistocene and whose populations have remained isolated since then.
At first two species were described: Cathaya argyrophylla and Cathaya nanchuanensis, however, it was later understood that they were the same species.
The populations initially described as C. nanchuanensis are found in Yunnan, mainly in the Kunming and SE area.
The discovery of this species in 1955 caused a small scientific stir, similar to that which accompanied the discoveries of Metasequoia glyptostroboides in 1945, Wollemia nobilis in 1994 and Cupressus vietnamensis in 2001. The first group of 1,040 trees was discovered in the Huaping Nature Reserve. in Sanmen, a city in Longshen Gezu Autonomous County.
Cathaya argyrophylla is a species represented by a small population of about 1000 mature individuals. According to the IUCN Red List it is to be considered as vulnerable.

Preparation Method –
Cathaya argyrophylla is a plant that due to its reduced range is not of interest for food, medicine or other uses.