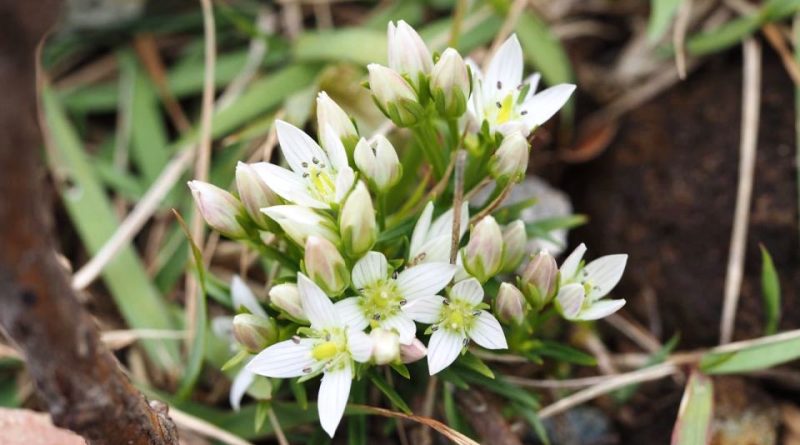 Etymology –
The term Swertia is in honor of Emmanuel Swart, a Dutch gardener who authored a Florilegium in the early seventeenth century.
The specific Japonica epithet refers to the Japanese area and therefore to its origin.

Geographic Distribution and Habitat –
Swertia japonica is a plant of Japanese origin where it grows in its natural state but is also present as cultivated in other small areas, such as in China or on the east coast of the United States.
Its habitat is that of the sunny slopes and thickets in the plains and hills throughout Japan. 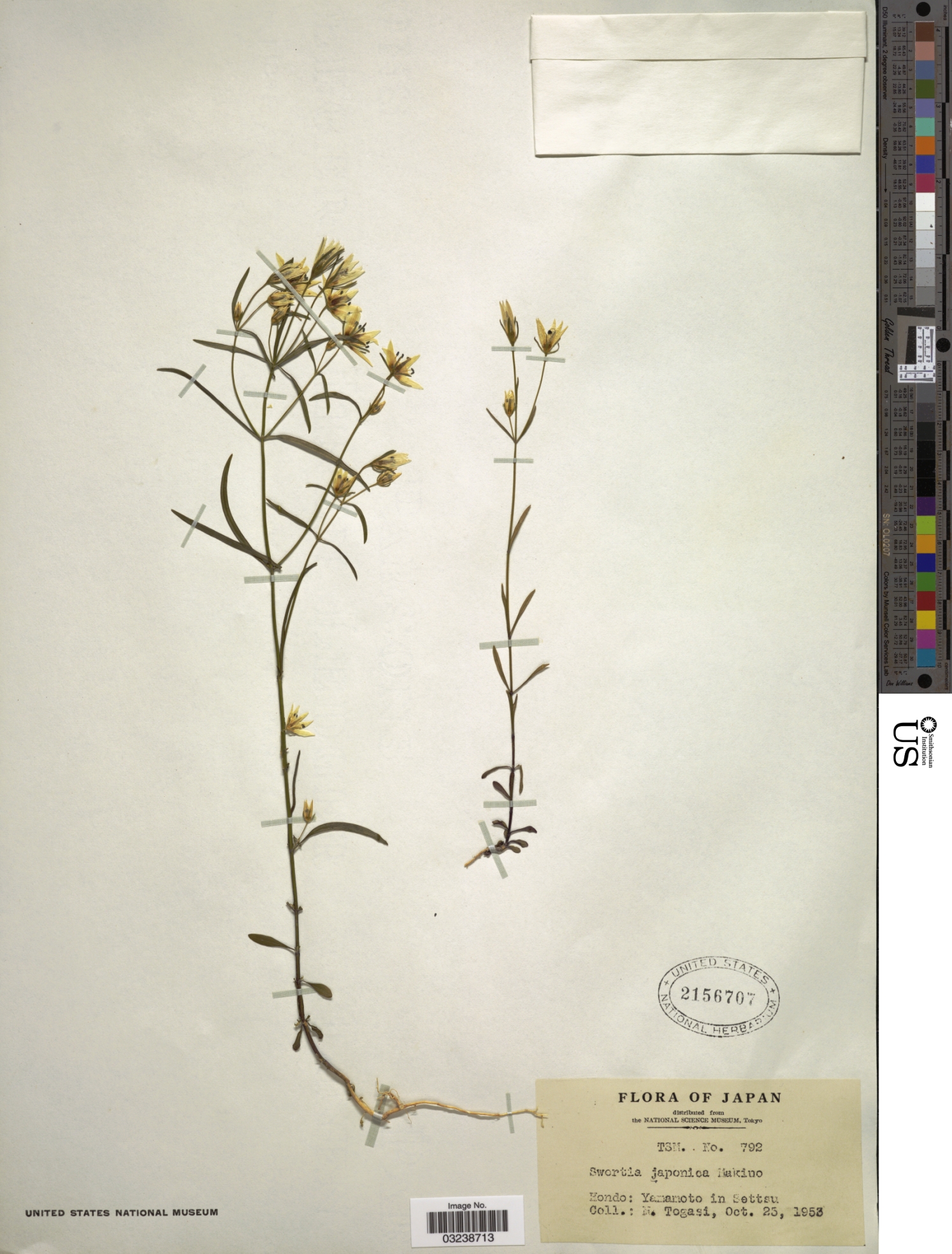 Description –
Swertia japonica is a monocarpic herbaceous plant, which lives one to three years before flowering and dies after flowering.
It reaches a height of 0.20 meters.
The stem is erect.
The flowers are small, numerous, tetramer, collected in panicles with large, whitish petals. The calyx is a gamophyll with four lobes. The stamens are 4, in front of the corolla lobes, at the base of the corolla. The ovary is unilocular and 2 stigma.
The fruit is an egg-shaped capsule.
The seeds are numerous, very small, dark brown in color.

Cultivation –
Swertia japonica is a plant that is harvested in nature for local use as a food and medicine.
The plant is grown in Japan and China as a medicinal herb.
This plant requires a symbiotic relationship with soil bacteria.
It grows well in humid, humus-rich soils and areas with the presence of water.
Furthermore, from a climatic point of view, it grows best in areas with cool summers.
Propagation occurs by seed.
Sowing should be done in spring at temperatures no higher than 10 ° C in humus-rich soil.
The seedlings are then transplanted in late spring.

Customs and Traditions –
Swertia japonica is a plant that boasts medicinal uses but whose tender leaves could be eaten cooked.
This plant is considered to be one of the most popular medicinal herbs in Japan and is the most bitter Japanese herb. Senburi, also called ‘touyaku’ in traditional medicine, literally means ‘still bitter after a thousand infusions’. It is used to treat gastrointestinal diseases, diarrhea and stomach ache and also as a digestive stimulant. The main components of Senburi are bitter-tasting saponins such as swertiamarin, sweroside, amarogentina, amaroswerin and gentiopicroside. Among these, amaroswerine is one of the most bitter natural products.
Gentiopicroside is also contained in the root of Gentiana lutea and has gastroprotective effects. It has a secoiridoid structure, which is a common constituent in members of the Gentianaceae family.
The whole plant is bitter and stomachic.

Preparation Method –
Swertia japonica is a plant used in traditional Japanese medicine especially for digestive disorders.
Both the root and the entire plant are used from this plant.
Infusions and decoctions are prepared according to the use made of them.