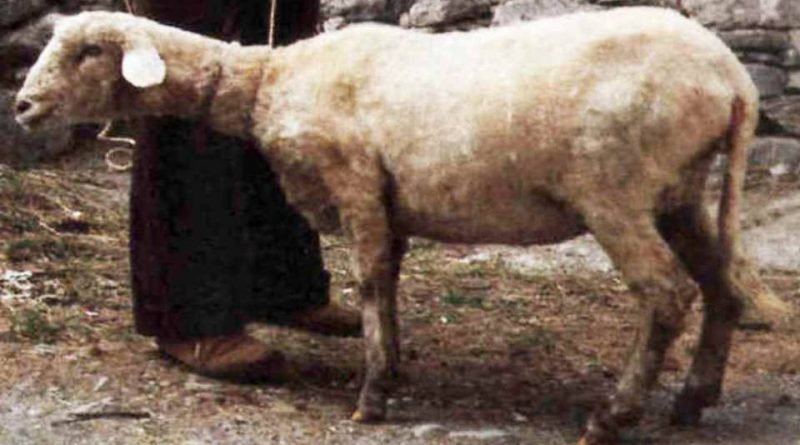 The Ciavenasca is a Lombard sheep (Ovis aries Linnaeus, 1758) native to the province of Sondrio with a main aptitude for meat production.

Geographic and Area Distribution –
The Ciavenasca is a breed of sheep that is raised in an area that includes the Val S. Giacomo, Piani di Chiavenna, Val Bregaglia in the province of Sondrio.
It is a race in danger of extinction with an estimated consistency of about 2,500-3,000 heads, present in micro-farms; however, the lack of data on this sheep population also cast doubt on this finding.

Origins and History –
The Ciavenasca sheep breed has unknown origins but it is assumed that it is an indigenous population. Unfortunately, at present, there are no data on its current consistency and diffusion and the Registry of sheep and goats with limited circulation is empty.
In a study carried out by the CNR in 1983, a consistency, as mentioned, of 2,500-3,000 head was indicated.

Morphology –
The Ciavenasca sheep breed is small in size with a short, stocky head with a slightly ram profile, with small ears and no horns.
As for the fleece, it is straw-colored, semi-open, with short and fine tufts and brown spots are possible.
The trunk is short, rather rounded, straight.
The average height at the withers is 50-55 cm for females and slightly higher for males.
The average weight is 40-45 kg for females and slightly higher for males.

Productive attitude –
The Ciavenasca is a breed with a prevalent aptitude for the production of meat which is obtained with lambs of 10-12 kg.
As for wool, it produces about 1-1.2 kg per year but of poor quality. The milk, on the other hand, is used exclusively for the growth of the lambs.
The farming system was once essentially grazing during almost the whole year in a hilly and mountainous environment, exploiting mostly marginal land.