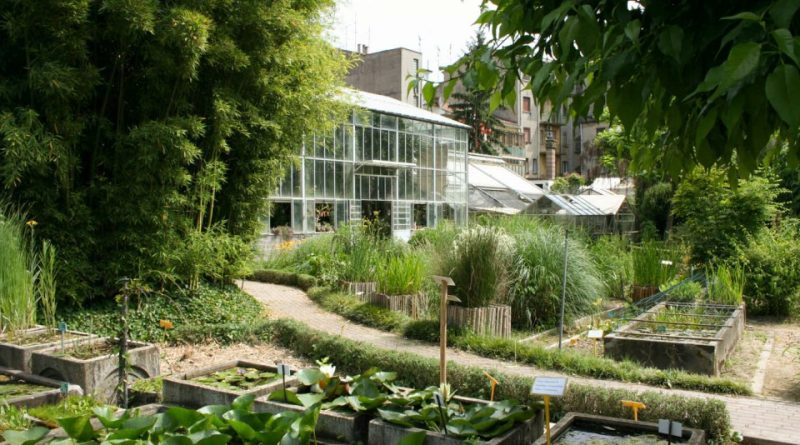 History –
The Botanical Garden of the University of Ferrara dates back to 1771, the year in which it was founded, after the concession for all universities to set up a botanical garden for academic experiments, at that time called the “garden of the simple”. Although the institution of the botanical garden was later than the foundation of the Este University (1391), the research activities of the medical faculty were already flourishing, thanks also to the presence at the Este court of important figures linked to medical sciences.
During the Renaissance, the Este family promoted all kinds of studies, including botanical studies, which were then included in the medical sciences. This favored the influx of doctors and botany lovers to Ferrara, including Berengario da Carpi, Leoniceno and Manardo. Great importance also had Antonio Musa Brasavola, illustrious doctor and learned connoisseur of plants, Gabriele Fallopio and Gian Battista Canani.
In such a favorable cultural situation for the study of botany, there were certainly places suitable for the cultivation of medicinal species. However, nothing remains in the historical documentation regarding the location and establishment of an ancient Orto dei Semplici.
The improvements made by the reforms of Clement XIV and Pius VI gave effect to the establishment of the Botanical Garden originally located in the gardens of via Paradiso (formerly via dell’Inferno) next to the ancient Palazzo Paradiso, seat of the University (figure below).
In 1772, finally, by the Prefect Francesco Maria Giacomini, a catalog was published including 2800 indigenous and exotic taxa.
At the beginning of the 19th century the garden passed into the capable hands of Antonio Campana whose work was continued by Francesco Jachelli and his son.
From the end of the nineteenth century until 1919 the direction was entrusted to prof. Carlo Massalongo, an eminent scholar, who, however, was unable to avoid moving the garden from via Paradiso to via Scandiana, an area that was immediately unsuitable for botanical activities.
In 1925 the garden was brought back to its original location until it was definitively settled, in 1963, in the garden of Palazzo Turchi di Bagno. It hosts numerous botanical species both outdoors and in greenhouses. 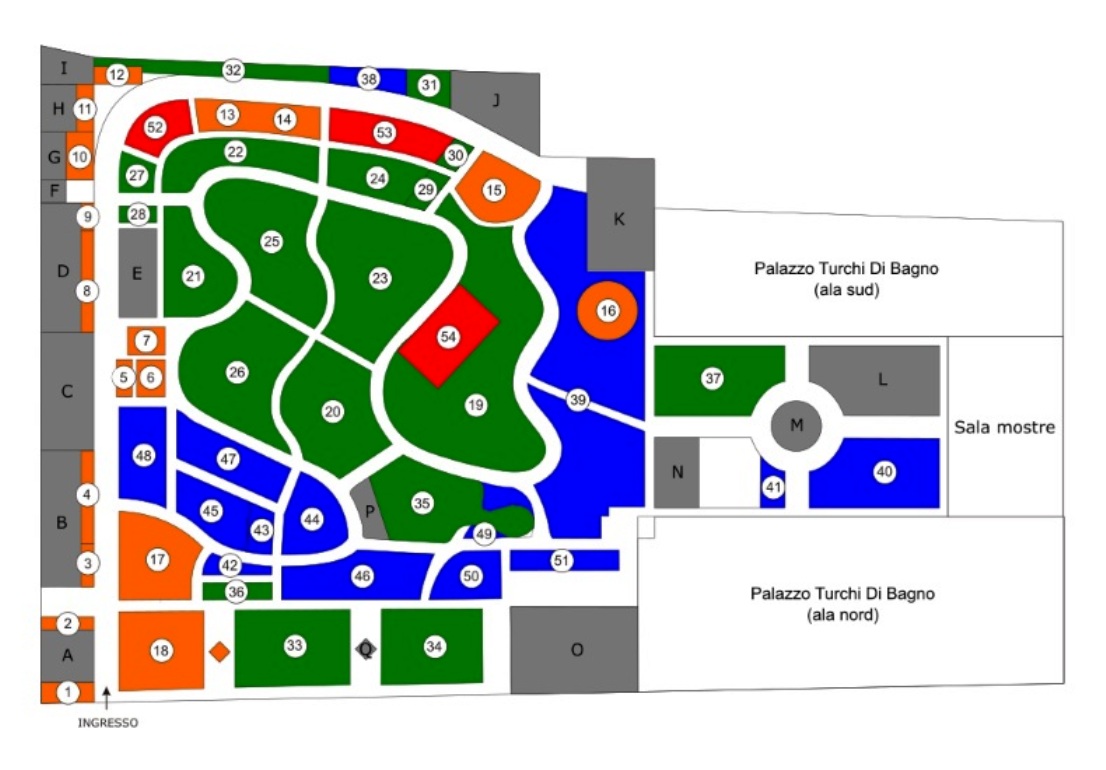 Description –
The Botanical Garden of the University of Ferrara covers an area of ​​4,500 square meters.
The areas dedicated to the outdoor exhibition of plants host about 700 species. The exhibition areas are delimited by numerous flower beds that identify three sections dedicated to the types of plants. Inside there are three greenhouses for a total area of ​​243 m2.
In addition, the Botanical Garden of Ferrara houses a herbarium with dried plants that testify to the close link between the city, the Estense University and the botanical sciences. The Herbarium, although small in size, houses about 16,000 specimens divided between ancient and modern collections of lower and upper plants. As with the main Herbariums in the world, it has obtained official recognition from the international scientific community and is registered in the Index Herbariorum (the official catalog of all public herbaria in the world) with the acronym FER.

Structures and Collections –
The Botanical Garden of the University of Ferrara is divided into three sections dedicated to the types of plants:
– the systematic area subdivides the plants on the basis of the classification by group to which they belong, thus identifying the four sectors hosting the pteridophytes, gymnosperms, angiosperms and arboreal dicotyledons;
– the area of ​​useful plants hosts particular types of plants divided according to their usefulness for humans, divided into the sectors of the “orchard garden”, “plants of various anthropic use”, “aromatic plants” and “medicinal plants”;
– The theme gardens area includes ornamental plants gathered in small thematic gardens including the “rock garden”, the “shady corner”, the “Mediterranean garden”, the “English garden”, the “aquatic and hygrophilous plants “, the” Italian garden “and the” Japanese garden “.
The botanical garden is also made up, as mentioned, of three greenhouses in which plants that are particularly important for studies and research are housed and count about 1,300 tropical and subtropical species. In the warm season these plants are moved to the exhibition areas outside, thus creating a fourth section called exotic plants which includes exotic ferns, sensitive plants, succulent plants, epiphytic plants, carnivorous plants, exotic officinal plants, plants of the regions tropical and subtropical, and plants of the Far East.
A fifth section dedicated to protected flora has been active since 2004, including rare aquatic plants, rare terrestrial plants, and rare halophilic and psammophilic plants.