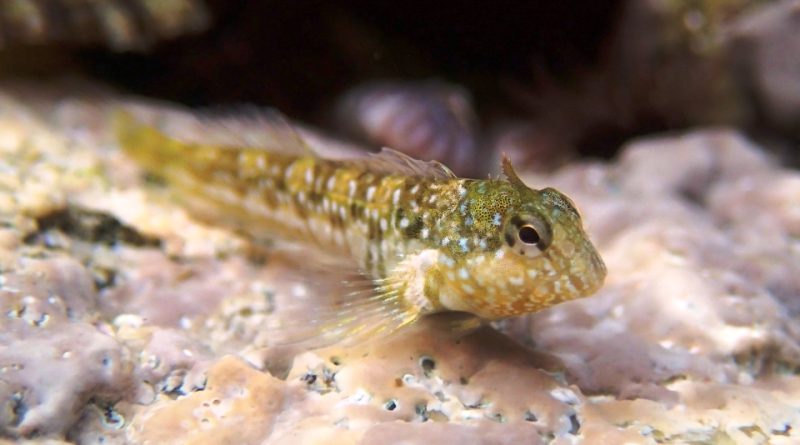 The Montagu’s blenny (Coryphoblennius galerita Linnaeus, 1758) is a sea fish belonging to the Blenniidae family.

Geographic Distribution and Habitat –
The Coryphoblennius galerita is a fish that lives in the north-eastern Atlantic Ocean and in the Mediterranean, where it is common in the Italian seas. Its range in the Atlantic extends from southern Ireland and the southern coasts of Great Britain south to Portugal and along the mantles of West Africa to Guinea. It is also found in the Macaronesian archipelagos of Madeira, the Azores and the Canary Islands. It is also found on all coasts of the Mediterranean and in the Sea of ​​Marmara and the western Black Sea; it was recorded from the Black Sea coast of central Turkey and appears to have been found in the eastern Black Sea although this is not confirmed.
Its marine habitat is that of the intertidal zone in the rocky coasts, often on steep rocky surfaces up to the superficial zone. It shows a preference for rock pools that are not heavily vegetated with leafy algae, being more frequently present in pools dominated by coralline algae.
This species tends to stay out of the water at low tide by sheltering under rocks and algae, being able to breathe air. The young specimens are often found in pools that form after the tides and sometimes take refuge in the empty shells of barnacles. 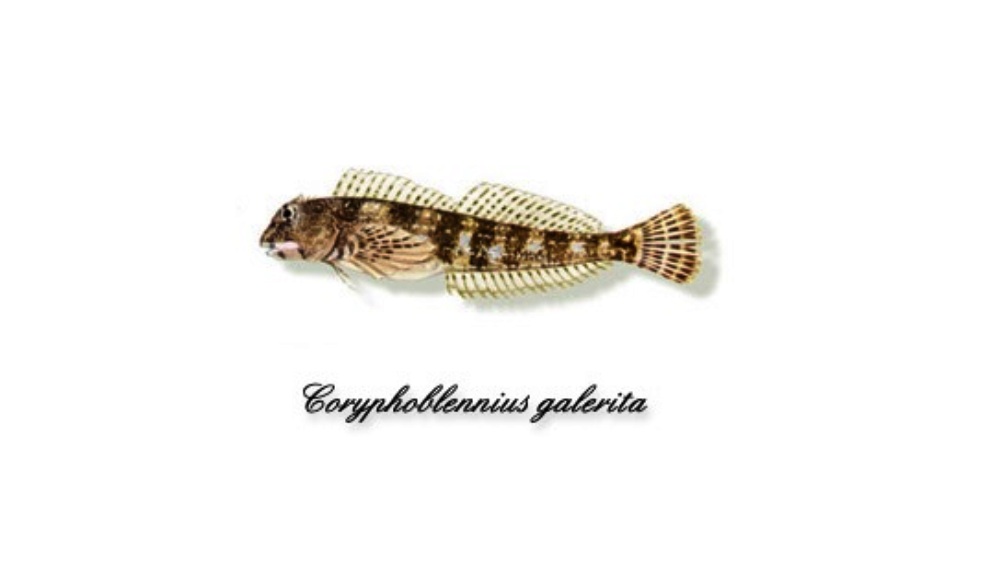 Description –
The Montagu’s blenny is a fish that reaches the maximum size of 9 cm. It has a slender, elongated body compressed laterally in the caudal region.
The skin is smooth and free of scales and the lateral line is not visible.
The head has a steep front profile, an eye that touches the dorsal profile. A short dermal appendage, fleshy and fringed, is implanted on the head, followed by a series of three to six other filiform, lower appendages. There are no appendages, supraorbital or nasal fringes.
The mouth is relatively large.
The dorsal fin, unique, is divided into two halves, one anterior with lower rays and a posterior, longer, with higher rays. The anal is long and roughly corresponds to the highest part of the dorsal. The caudal is spatulated; the pectoral ones, wide, come roughly to the height of the end of the anterior part of the dorsal; the ventral, jugular, are filiform.
In the young, darker vertical bands on a gray-brown background speckled with white are visible and distinct. In adults the color is more uniform and always spotted with white, spots that become light blue on the head. The occipital dermal appendage is pink in color. The posterior half of the maxilla is pastel pink, which is paler in some specimens and yellowish in others.

Biology –
The Coryphoblennius galerita is a fish that reproduces in the summer period.
Reproduction occurs in shallow waters, sometimes intertidal, in the period from May to August. The male’s courtship display consists of swinging his head from side to side.
The eggs are demersal and adhere to the substrate via an adhesive filament. The males guard territories that include depressions, crevices or holes created by molluscs of the Foladidae family. Males guard the egg masses laid by several females, often releasing sperm to fertilize the eggs in the nest similar to other blennies and wave the eggs as if airing and cleaning them. The larvae are planktonic and are often recorded in shallow coastal waters.

Ecological Role –
The Coryphoblennius galerita is a species with semi amphibious habits so much that in summer it spends the nights dry. On the other hand, its usual preys are found in the supralittoral plane, that is, out of the water. Some physiological adaptations, such as cutaneous blood vessels on the head for gas exchanges, hardness and strength of the even fins, etc .. allow this little fish to spend many hours in the dry.
As for food, it feeds almost exclusively on Barnacles such as Chthamalus and Balanus. In particular, it feeds on the species Chthamalus stellatus, which it obtains by tearing the cirrus clouds with its teeth when they are everted, and on other animal organisms, generally crustaceans; however algae are also an important component of the diet of adult blennies. The algae are scraped off the bedrock.
This fish is active mainly during the day, especially at high tide, and at night it can sleep up to 40 centimeters above the water surface.
This species is caught with hand nets.