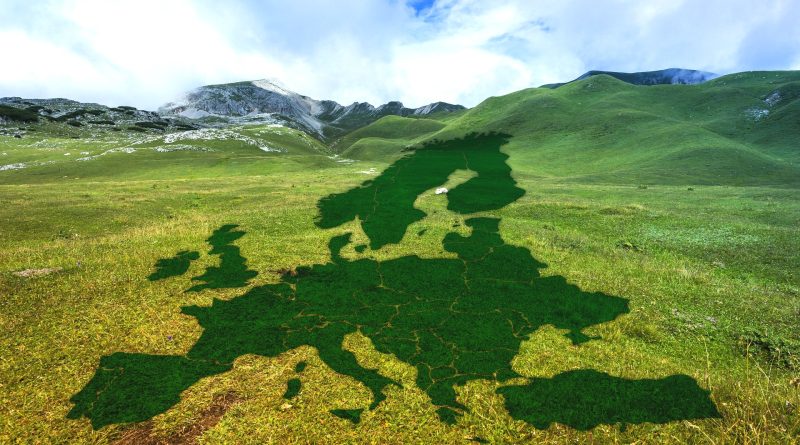 The planetary crisis of recent history with its effects on pollution, global warming, climate emergency, etc., is too often faced with technological solutions and with proposals which, if implemented, can often make it even worse.
Beyond the ability to transit civilization towards a form based on renewable energy, which requires a medium-long time due to technological adaptations, processes, lifestyles, etc., the central point of the question is not technological but holistic.
The transition, to be sustainable over a very long period, must be performed by tracing the functional models and principles implemented by Nature. Remember that in the real world we live in there is no perpetual motion, we are in an inertial system that produces entropy and, therefore, even life will eventually have to deal with this ineluctable truth. However, nature has implemented a series of precautions that “oppose” the transience of things. These measures make it possible to make the most of the available energy (which is largely solar) and to share it with a series of passages between all the living beings that compete in it (biodiversity) through a division of skills and roles. Nature has an Ethics in it.
Thus an ecological transition that does not implement this ethics and, therefore, this policy, is destined not only to fail but to aggravate the planetary crisis that it would rather resolve. The question, as mentioned, is therefore of a holistic nature and therefore of a different economic-political approach.
If, therefore, in the field of renewable energy, the system does not see the participation of all people in this complex task and role (energyocracy), the final result will be that of having created large “energy organisms” which, although they will produce energy from non-renewable sources. they have the characteristic of ecological systems (sharing, fragmentation of skills, etc.), generating imbalances in production, in the hoarding of resources, in distribution, etc. Full stop and postponed and aggravated solutions.
These guidelines, therefore, primarily of a political and economic nature, are the foundation of the ecological transition; a debate that still lies in a limbo where incompetence and confusion reign too often, and which however has seen a glimmer of light in recent days.
I refer to the speech by the President of the Republic, Sergio Mattarella, on the swearing in of the second term; a logical thread that gives a glimpse of a new hope in which social rights and ecology impose themselves on reasoning of a technical nature that is all too sterile.
The latest political scenarios, beyond the orientation of the individual parliamentary factions, have said much more than one might think. Liberalism, with its sterile and non-existent political ideology, has left us all orphans of that knowledge and those cultural and moral traditions, the fruit of millenary history. We are all poorer.
A modernism detached from history, as was liberalism and its politico-economic doctrines, cannot solve the problems of a transition that must instead have deeply humanistic roots because it is generated by a millenary relationship between Humanity and Nature.
Continuing to make statements such as “let’s increase consumption” or “let’s increase GDP” are not only not ecologically and thermodynamically correct but push society (and therefore the economy) towards a further, much more dangerous drift than the use of energy from source fossil. The solution is elsewhere and splendidly faced already over the years by EF Schumacher (Bonn, August 16, 1911 – Switzerland, September 4, 1977), German economist, philosopher and writer who theorized stable and synchronous economic models to Nature and which find great prominence in his 1973 work “Small is Beautiful“.

As mentioned, on the other hand, Nature contains the solutions and these are not only of a “technological” nature but have a holistic predetermination, made up of insurmountable principles of justice and equity: sharing, co-participation, equality of rights, reciprocity, etc. .. Read stronger than the ten commandments because they are not handed down by word (although engraved on monoliths) but inherent in the very structure of matter and its things.
In fact, from many parts we are witnessing affirmations or declarations that seem more the result of personalities or particular interests without, however, working in a much more correct way to establish the principles on which to move.
The reference to impromptu solutions such as those of planting billions of trees without real ecological planning or covering thousands of hectares of agricultural land with photovoltaic systems with a planet that increasingly needs food (and good quality), to mention two of the many proposals denote the lack of a rudder that cannot be entrusted to the economy but to politics.
A policy that must re-appropriate an ancient language, because it is based on human history (and in this regard we consider ourselves lucky to live in a country, like Italy, the custodian of one of the most beautiful Constitutions on the planet) and of a new vision, fruit of that holistic conception of a second generation ecology; of that “Integral Ecology” repeatedly underlined in various documents and speeches by Pope Francis and taken up, precisely in his second installation by Sergio Mattarella who, to tell the truth, had already commented favorably in June 2015, a few days after the release of the Encyclical Laudato Sì ”.
We can no longer believe in any right, left or center disengaged from these principles; the crisis in the vote of citizens is the result of a non-correspondence of the values ​​(or rather non-values) proposed by the current political world that clash with those spiritual values ​​deeply rooted in the human soul, identical, on the transcendent level, to the DNA codes of our cells.
We are faced with a bewildered politics, in search of an effective slogan, of followers or likes, which not only leave the time they find but which do not represent any response to human expectations.
A transition that must be dictated by a profound conversion of politics. To put it like Gandhi “… politics stripped of religion is absolute filth, always to be avoided”, specifying, in this regard, that for the culture and philosophy of the Mahatma (who was a Hindu) the concept of religion had above all natural foundations ethics and morals are essential. The history and thought of Gandhi, still represent today, an “ecological way” not yet surpassed by any other vision.
The moral of the above is simple.
The political table must be set again with that ingredient that makes the dish tasty again: salt. A salt not made of slogans and electoral moments (and therefore tasteless) but of principles and rules that are already written in the commandments of Nature.
Without this salt we will only see the inglorious end of politics and we will find ourselves on the table of the defendants of that court to which future generations will take us.