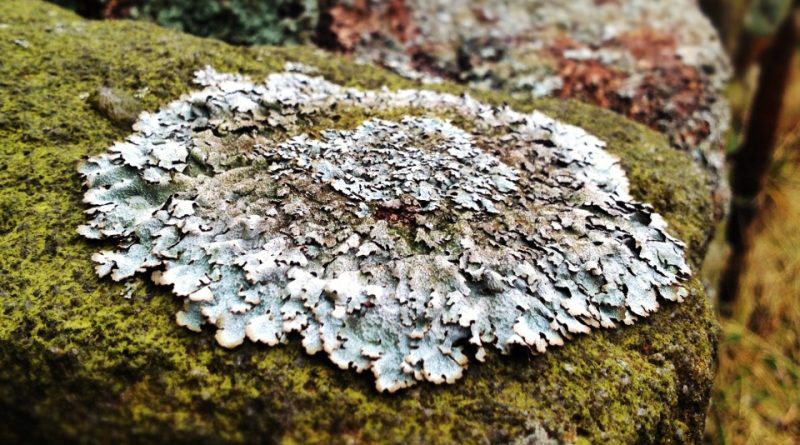 The salted shield lichen or crottle (Parmelia saxatilis (L.) Ach. 1803) is a lichen belonging to the Parmeliaceae family.

Geographic Distribution and Habitat –
Parmelia saxatilis is a lichen present in various areas of the world such as North America and Europe.
It is widespread throughout North America and is common throughout the Pacific Northwest.
In Europe it is mainly present from the mesomediterranean belt, with potential vegetation of evergreen broad-leaved woods dominated by Quercus ilex, to the alpine belt, with potential vegetation of alpine meadows without trees and tundra, up to the lower limit of perennial snows and to the equilibrium line. of glaciers.
Its habitat is that of siliceous rocks, on bark, wood and vegetable debris, up to however high altitudes (in North America over 1,200 meters above sea level. 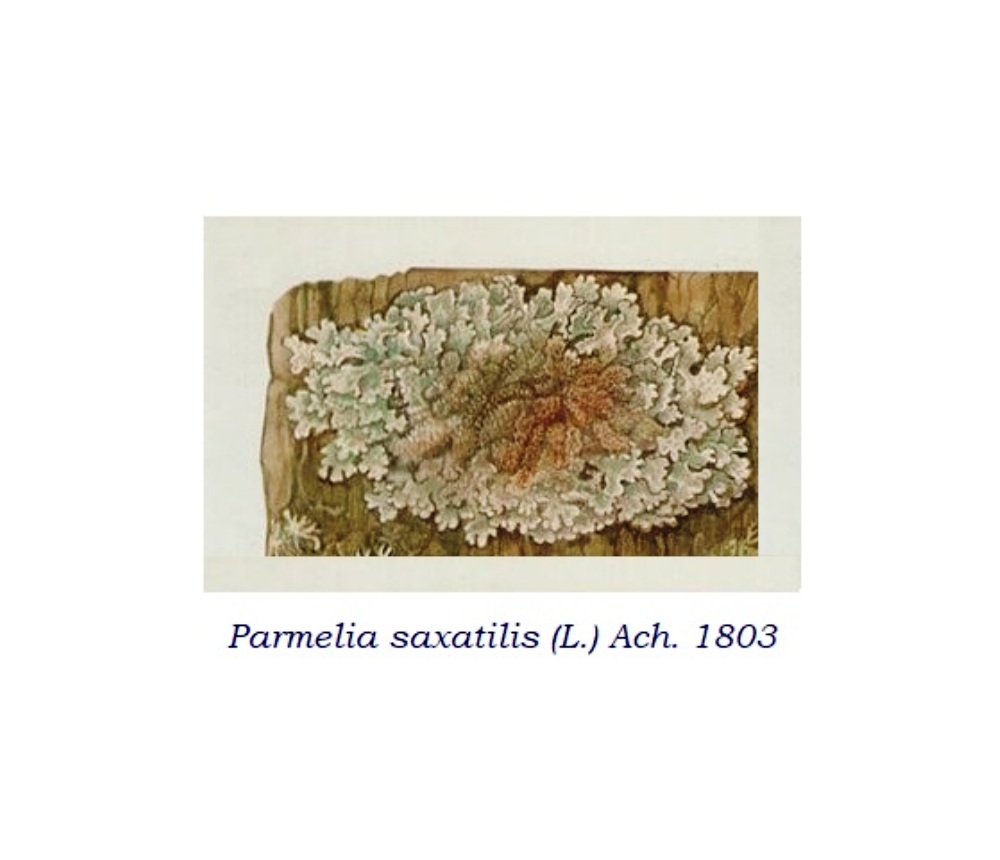 Description –
Parmelia saxatilis is a lichen with a greenish-gray to bluish-gray thallus that can turn brown in exposed places and is found on rock or even bark or wood.

Cultivation –
Parmelia saxatilis is a lichen often collected in the natural state, mainly sassicolous, present in most of the world, which for centuries has been considered a well-defined species. Recently, however, it has been found that some morphologically deviant specimens can be considered distinct species, such as P. ernstiae, P. serrana and P. squarrosa.
In Europe it is widespread throughout the Alps.

Customs and Traditions –
Parmelia saxatilis was first described in 1753 by Charles Linnaeus with the name of Lichen saxatilis. It was Erik Acharius who transferred it to the Parmelia genus in 1803.
Molecular phylogenetic studies have shown that Parmelia saxatilis is a member of a species complex, a group of morphologically similar but genetically distinct species. P. discordans, P. ernstiae, P. hygrophila, P. imbricaria, P. mayi, P. omphalodes, P. pinnatifida, P. serrana, P. submontana, P. sulymae and P. rojoi are other members of this complex. In the case of the European members of this complex, there is no reliable set of morphological and chemical characteristics that can be used to distinguish between these species, and therefore DNA analysis is the only reliable way to identify them. This has been shown by studies conducted both in Scotland and in Italy.
Parmelia saxatilis was used, especially in the past, to create dyes with deep red-brown and rusty orange colors.
In Scotland, it was used to dye traditional fabrics including Harris tweed.
Parmelia saxatilis, like other lichens, has also been used in traditional medicine to treat diseases such as jaundice, lung, stomach and skull diseases. In one study, acetone extracts from some lichens, including Parmelia saxatilis, were tested for their antioxidant, antimicrobial, and anticancer potential.
Of the lichens tested, P. saxatilis had the highest free radical removal activity (55.3% inhibition). Furthermore, all the tested extracts showed an effective reducing power and the elimination of superoxide anion radicals. Strong relationships were observed between the total content of phenols and flavonoids and the antioxidant effects of the tested extracts. The study concludes that the lichen extracts tested showed strong antioxidant, antimicrobial and anticancer effects. This suggests that lichens can be used as possible natural antioxidant, antimicrobial and anticancer agents.
From an ecological point of view, in 2021 Parmelia saxatilis underwent evaluation for the IUCN Global Red List. Since lichen is common, abundant, and widely distributed with a stable population, it is considered to be of minimal concern.

Preparation Method –
Of Parmelia saxatilis, the entire thallus is used both to extract dyes with intense red-brown and rusty orange colors.
The lichen is used, albeit much less, in the medical field using the entire thallus.

One thought on “Parmelia saxatilis”