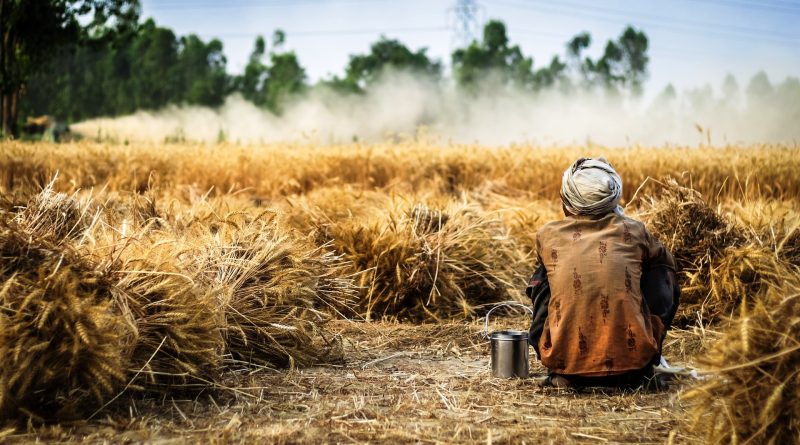 October 20, 2021 is a further step towards the objectives of the Farm to Fork Strategy, that is, of that European Union program to rewrite the model of producing and consuming within its territory.
On this date, in fact, the European Parliament approved the text by a large majority (with 452 votes in favor, 170 against and 76 abstentions) so that, now, we will work on important objectives such as the reduction of pesticides and meat consumption, the increase in organic agricultural land and greater caution with respect to new GMOs.
For clarity, we underline how the Strategy aims to accelerate the transition to a sustainable food system which, as is well explained on the European Commission’s website, should:
– have a neutral or positive environmental impact;
– help mitigate climate change and adapt to its impacts;
– reverse the loss of biodiversity;
– ensure food security, nutrition and public health by ensuring that everyone has access to sufficient, safe, nutritious and sustainable food;
– preserve the accessibility of food products, while generating more equitable economic returns, promoting the competitiveness of the EU supply sector and promoting fair trade.
We are in the zero year of reconstruction; after the various Conferences (see Cork in 1996) and various guidelines, we are finally faced with a real Constitution in the Agri-food field (remember that Farm to Fork means from the company to the consumer).
The approval went ahead despite pressure from industry lobbies, such as Copa-Cogeca, the European agri-food association, which even accused the EU Commission of not having taken into consideration some studies that would highlight the negative impact of the strategy.
The Farm to Fork, among other points, has the goal of halving the use of pesticides and a drastic reduction of fertilizers as well. As for organic farming, however, the proposal is to reach at least 25% of agricultural land in the EU cultivated organically.
A corollary of these objectives is the implementation of measures aimed at reducing the consumption of meat but also of foods rich in salt, sugars and fats; the gradual elimination of caged farms and, more generally, the creation of common and scientifically valid indicators relating to animal welfare.
In short, a production model that looks not only at the health of the ecosystem, strongly cracked by a system of agriculture (and not only) energetically impracticable but also by human health increasingly burdened by new health emergencies which, apart from the COVID-19 pandemic , also represent, for all States, an exponential increase in health expenditure.
The Farm to Fork Strategy aims, in one fell swoop, to restore health to the environment, humanity and economic health of the EU member states.

Everything easy? For nothing; now we will have to move on to the phase of legislative proposals at the national level which, here too, will clash with resistance from those who see the loss of acquired powers and privileges in this new system.
What we affirm is not only a prophetic vision of what will happen and of what will be the taking of opposite positions. It already happened. This is the case of Law 21 of 29 July 2021 of the Sicilian Region which, in a pioneering way (it was conceived precisely on the basis of the Farm ti Fork strategy), was recently approved.
The law was challenged in some articles, precisely those that provide for the reduction of substances that are dangerous for the environment.
The appeal proposal, ratified by the Council of Ministers, started with a note from the Ministry of Health which, among other reasons put forward, regarding the objective of the Regional Law 21/2021 to limit these substances is expressed, and I quote it verbatim, “in this regard, an intervention, such as that of the law in question, so limiting the use of biocides on such an extensive territory of the State inevitably translates into a restrictive of the market … “. Ultimately, the Ministry of Health is concerned, in its note, not with the aspects of its competence, namely those of public health, but with the free market of Biocides.
Beyond various considerations that should be made here, and which we leave to the reader, what worries us most is that in the Ministerial context, to make a comparison, we have remained with Newtonian mechanics while elsewhere we have been working for some time with quantum mechanics. .
We are aware that within the Farm to Fork there are still points to be clarified and outlined but we are certain, as argued by the rapporteur of the Commission for the Environment, Public Health and Food Safety (ENVI), Anja Hazekamp, ​​that “The vote represented a real paradigm shift”.
In fact, the strategy also calls for greater caution on opening up to new GMOs. On this last point, we know that Europe seems on the contrary willing to deregulate the new GMOs, but here Parliament refers to the Precautionary Principle.
Furthermore, the text does not take a position on Nutriscore, the labeling system already in force in France, much criticized and opposed in our country.
There is a lot of work but the only solution is to truly change the paradigm of thought. We, that is humanity, are not the masters of the planet and we are reminded by one of the most used quotes extracted from the speech that in 1852, Chief Seattle pronounced in response to the request of the Government of the United States of America, regarding the willingness to buy the lands of his people, the American Indians: “We did not inherit the Earth we live on from our fathers, we borrowed it from our children”.
We know the end that the American Indians went through, an end determined by the same economic model that is now corroding an even greater reality: the planet itself on which we live.
If someone thinks of implementing the beautiful EU strategies, even with all their imperfections, without changing the soul of politics, he will have to deal (as Sicilian law is doing them) with the holders of a vision that no longer has. future.
Here we are not faced with technical and regulatory issues, which despite many difficulties we are able to follow; we are faced with the need for a paradigm change that does not involve the sphere of knowledge but that of Consciousness, without which we will produce pharisaic policies, dressed in shining but worm-eaten clothes.

2 thoughts on “The Farm to Fork treasures the Sicilian Law”