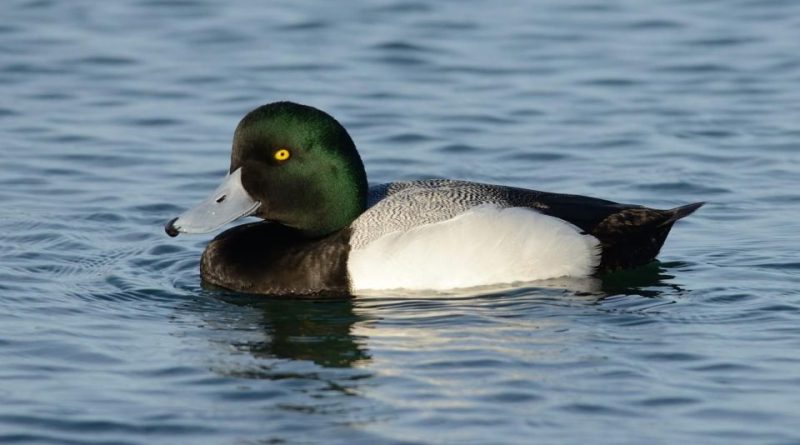 The greater scaup (Aythya marila, Linnaeus, 1761) is a bird belonging to the Anatidae family.

Geographic Distribution and Habitat –
The greater scaup is a duck with circumpolar distribution, nesting within the Arctic Circle both in the Eurasian area (Palaearctic) and in North America (Neartic). He spends the summer months in Alaska, Siberia and the northern parts of Europe. It is also found in Asia and is present in the Aleutian Islands all year round.
This species overwinters along the Pacific and Atlantic coasts of North America, the coasts of northwestern Europe, the Caspian Sea, the Black Sea, the coast of Japan, the Yellow Sea and the East China Sea.
During the winter months, it is found in coastal bays, estuaries, and sometimes inland lakes such as Central European Lakes and the Great Lakes.
In Europe it breeds in Iceland, on the northern coasts of the Scandinavian peninsula, including most of the northern parts of the Baltic Sea, the highest mountains in Scandinavia and areas close to the Arctic Sea in Russia. These birds spend their winters in the British Isles, Western Norway, the southern tip of Sweden, on the coast from Brittany to Poland, including all of Denmark, the Alps, the eastern Adriatic Sea, the northern and western Black Sea and the southern Caspian Sea. -western.
In Italy, where it is a regular migrant and winter visitor, its presence varies greatly according to the years. The most important places on a national level are the lagoons of Grado and Marano and the bay of Ponzano, in Friuli-Venezia Giulia.
The Aythya marila is a duck that makes large flights through the boreal forests of Canada before reaching the wintering areas along the Atlantic coast or in the Great Lakes region; or migrate across the open sea from Alaska to Pacific coast lands. The Tufted Duck can occasionally be observed during the winter also in Central America and the Caribbean.
Its summer habitat is swampy lowland tundra and islands in freshwater lakes. In the fall, larger populations begin their migration south for the winter. 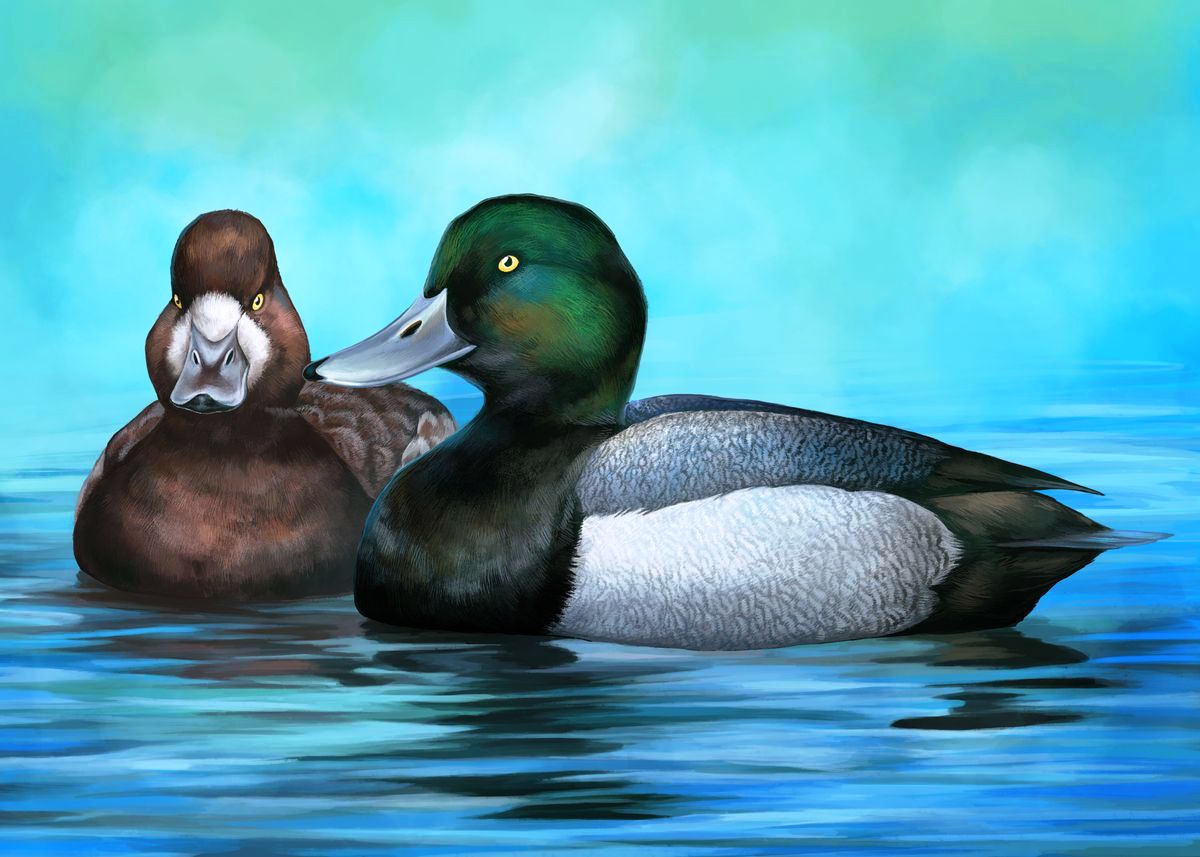 Description –
The Aythya marila is recognized by the presence of the blue beak and yellow eyes.
The male has a dark head with green highlights, a black chest, a light back, a black tail and a white lower back. The adult female has a white band at the base of the beak and a brown head and body.
This duck has a total length ranging between 42 and 51 cm and a wingspan of 71–80 cm.
The flight is quite straight, fast and tense.

Biology –
Aythya marila is a species that nests on the soil surrounding the lakes and marshes of the tundra and the northern borders of the boreal forest through the arctic and subarctic regions of northern North America, Europe and Asia.
The nesting is preceded by the migration in flocks towards the south to overwinter on the coastal waters.
Its call is a scaup scaup while when it is not nesting it is usually silent.

Ecological Role –
The greater scaup feeds mainly on molluscs and aquatic plants, which it finds by diving and swimming under water.
It is a gregarious species during winter and migrations. It is frequently associated with other anatids (often coot, pochard, tufted duck) on the feeding sites. Like other diving ducks, it feeds looking for food by diving underwater and running a run on the water to take off. It is easy to observe when it is also posed due to the habit of frequenting open waters.
Unfortunately since the 1980s, the populations of Aythya marila, according to the IUCN, have steadily declined. Some of the main factors contributing to this decline are habitat loss, pesticides, changes in reproductive habitat, and a lower female survival rate.
Among other things, this bird represents a popular game in North America and Europe. It is hunted in Denmark, Germany, Greece, France, the United Kingdom and Ireland and in Iran for both sporting and commercial reasons.
Aythya marila is one of the species protected by the Agreement on the Conservation of African-Eurasian Migratory Waterbirds (AEWA).