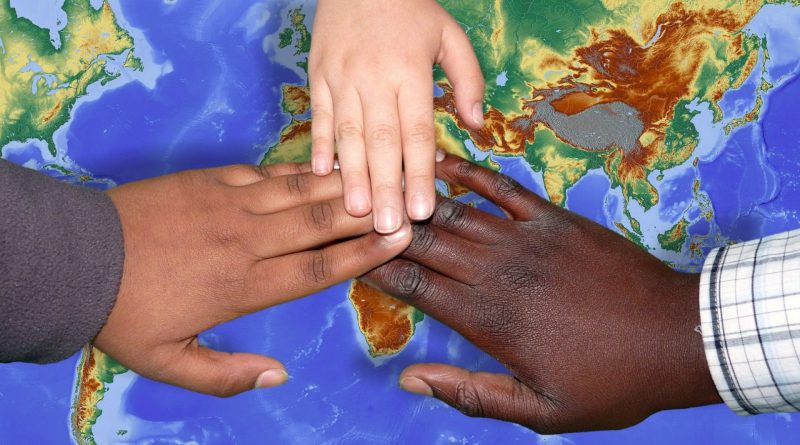 From Transition to Ecological Conversion

Climate, economic, social crisis; increase in inequalities and rights of the weakest less and less protected.
And among the weakest we do not mean only a part of humanity but all that nature (insects, birds, mammals, etc.) which is annihilated and mortified, dragging with it a planet, and therefore a humanity, in an ever more dimension. poor.
We produce food not by protecting nature but by distributing on soil, water and soil, poisons, biocides, substances that destroy entire ecosystems and invasive systems, regardless of other living beings who should have the same rights as us.
We ask for equality of rights and gender but this does not apply when the leap is between different species. We ask for the right to freedom but this does not include freedom and the right to exist for other living beings.
We praise a well-being society when to ensure this well-being made up of services, technologies, availability of goods, etc. we undermine the resources of those places and of those peoples who hold them.
Faced with this scenario, made up of contradictions and inconsistencies, we are trying to build a new path that attempts to be ecologically correct using the term “Ecological Transition” but there is an increasing feeling that we are putting a new dress on a body, now rotting, which hides its appearance but not the bad and nauseating smell.
On the other hand, the term transition comes from the Latin transitio -onis, which is equivalent to passing; passage from one way of being or life to another, from a condition or situation to a new and different one.
But the transition, as an article by Francesco Gesualdi (Italian activist and essayist) in the newspaper Avvenire clearly states, “evokes the image of the crossing, the passage from one bank of the river to the other. We change sides, but the river remains the same: same water, same current, same fauna, same flora. Beyond metaphor, the ecological transition changes our technology, our way of producing, even our way of consuming, but it leaves unchanged our hierarchy of values, our philosophy of life, our concept of happiness, our organizational vision of private and social. Instead it is precisely a new cultural setting, which then becomes an economic one, what we need. Put another way, we need ecological conversion, a sort of change of state that gives a completely different movement to our way of conceiving life and organizing our existence. So far we have acted in the name of wealth and have produced human instability and climatic changes. ”
And then we must start talking about Ecological Conversion, not so much to take up the principles enunciated by Pope Francis’ Laudato Sì but to reaffirm that this world needs a new conversion, more authentic, more in the light of a new understanding than history. , with its emergencies and its crudities, however, has brought us to light.
Conversione comes in fact from the Latin conversio, which is equivalent to “go from one place to another”, “turn towards someone or something” “change direction” or “road”.
It is therefore not just a technological question but a different vision of the meaning of Life, not in the pursuit of the good of the few dominating the many (all living beings) but contemplating the achievement of a common well-being, perhaps more sober, but identical for all and therefore true, confirming that the environmental degradation in which we are immersed has the aggravating circumstance of iniquity because it was provoked not to guarantee dignity to all, but privilege to a few.
It is not just a question of ecological transition, a necessary objective, but not sufficient, as up to now we have acted in the name of wealth and have produced human instability, social inequalities, environmental degradation.
We must get out of the logic of a consumerist model that sees production and the market as the lesser god to which everyone must bend and adapt.
Suffice it to say that once, when development seemed infinite, inequalities were measured only in terms of income, today inequalities are increasingly measured in terms of their impact on nature, using the two basic indicators: the ecological footprint and the carbon footprint.

In both cases, the statistics reveal large inequalities between nations and between classes. Speaking of CO2, it ranges from 17 tons per capita per year, emitted in the United States, to 0.53 in Sudan, passing by 5.7 in the case of Italy. But the averages always hide profound differences. In the European Union, the average per capita footprint is 6.5 tons, but that of the richest 1% is eleven times higher than the poorest 50%. Inequalities that no longer concern only the EU or North America, but the whole world because that of the super-rich is a transnational class that crosses all borders.
Ultimately, the richest 10% of the world population produces 49% of all CO2 emitted by world consumption, the poorest 50% only 7%. And today, when the concentration of CO2 in the atmosphere has reached 412 parts per million, with profound consequences on the climate and therefore on the sea level, on agricultural yields, on the holding of rivers, it is the poorest who pay the consequences. Not only because they are less equipped to deal with calamities, but because they see their possibility of redemption fading forever. Not to participate in the banquet of futility, but to enjoy at least the essentials.
But now a more critical scenario is emerging: to implement the ecological transition, according to the old model, it is necessary to hinge on new and old materials that will further affect not only the countries already known to be tested by this model of exploitation, which it’s not just mining; on the horizon, not so vague, the idea is increasingly clear that the costs of this transition are anything but ecological, having to rely heavily on traditional resources (coal, oil, etc.) to implement it.
The limits that the path of Ecological Transition risks encountering is therefore also linked to the minerals that new technologies require, especially for electric mobility. Copper, lithium, cobalt, nickel are not very abundant metals, which moreover require a lot of energy and a lot of water for the manufacturing processes.
A clear admission of scarcity that confirms “the need to abandon a consumerist model” not only for the sake of sustainability, but above all of equity.
Here we are discussing an old, and by now worn out, doctrine that by guaranteeing attention only to our part of the world has managed to treat social justice as a mere internal issue in our rich nations, triggering a series of feedback, among the such as the great emergency of world migration.
On the other hand, if the whole world were to consume (food, energy, resources, etc.) like the rich 10% of the world population, two planets would not be enough.
The question is not that we are destined for the poverty of all; we must understand that there is room for everyone’s dignity and their well-being (which is not only economic and monetary) if we change the social, and therefore economic, paradigm towards a model that is synchronous with Nature and sober like it.
So now that the crisis has become evident, we have to choose what kind of sustainability we want to pursue: whether that of apartheid that allocates the few existing resources to the consumerism of the few or that of equity that favors rights for all.
We need to change the relationship between the use of goods and humanity, starting with an agri-food system that is discriminatory (for humanity and for nature) and unfair (great waste and availability and great famines and poverty).
We need to reshape a world that is ever faster and that makes large exchanges and ever greater distances the foundation of production and the market.
Whether all this is done with renewable or traditional energies, maintaining this approach, will count for little: in the end we will have a poorer planet and a few rich people with great useless wealth.
What’s more, we are subtracting goods from the generations of tomorrow who also have the right to find a hospitable planet. Right they will enjoy only if we, their ancestors (few fathers and very masters), will know how to privilege sobriety over waste. This is our responsibility if we love our children.
And that is why, if we want to consider ourselves truly human, we must abandon a transition criterion which is a new dress on a rotting body to dress a more sober dress but on a body that smells of Life.