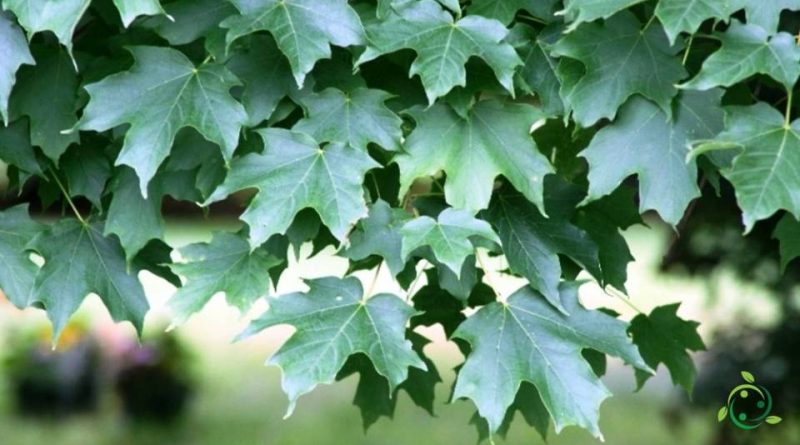 How sugar maple is grown

The sugar maple or Canadian maple (Acer saccharum Marsh., 1785) is a tree belonging to the Aceraceae family native to the eastern United States, Mexico and Guatemala.
This plant was also introduced in Europe for ornamental purposes and is fast growing even if in the old continent it has not given appreciable acclimatization results.
Instead, it is widespread in large American public and private parks and due to its importance, the leaf of this maple appears on the flag of Canada.
The reproductive structures of this plant are unisexual and bisexual flowers, with a tendency to spread over distinct individuals; they are provided with a long peduncle and arranged in erect corymbs. They have a 5-lobed yellowish calyx and have no corolla. The fruit is a samarium with small seeds whose wings delimit a “U” shaped concavity. In cultivation the fruit is rarely formed.

Cultivation –
The sugar maple is a plant that requires fertile, deep and fresh soils and that grows well in cold continental climates, with a marked thermal difference between summer and winter, so much so that the ideal habitat for this maple is represented by the area. southeastern Canada and the northern United States thanks to the particular weather conditions ideal for optimal growth.
It is a plant that also prefers sunny or even semi-shady exposures, especially in areas with very hot summers. It does not fear the cold, and can withstand temperatures of several degrees below zero.
From the pedological point of view, the soil must be rich in organic matter, fresh and very deep; if planted in a place with too compact or dry soil, or near foundations or other elements that can constrain the roots, they can have stunted growth. However, acer saccarhum is a plant that adapts to grow well even in acidic and saline soils while it does not tolerate sandy and therefore too permeable ones.
Acer saccharum can be multiplied by seed with an operation to be carried out in spring and to facilitate the germination of maple seeds it is advisable to have them vernalized by placing them in the refrigerator for a few weeks, after which pass them quickly with sandpaper, in order to thin the leathery cuticle covering them.
Finally, remember that when planting the Acer saccharum it is good to remember that the crown becomes very large over the years and it is therefore necessary to provide sufficient space for a balanced development of the tree.
Of this species there are some cultivars with different ornamental aspects thanks to the foliage which in autumn turns yellow and red in an incredible range of shades.
Important is the cultivar ‘Temple’s Upright’ or ‘Monumentale’, which assumes a broad columnar habit, and takes on orange shades in autumn. Other decorative cultivars are ‘Globosum’, ‘Green mountain’ and ‘Legacy’.

Uses –
The sugary sap of Acer saccharum contains 1 to 4% sucrose and is the source of maple syrup. It is collected by making holes in the bark; once the sap was made to drip with special straws into buckets placed in the cavities placed at the base of the trees, where it was made to evaporate; today a centralized piping system is used. Maple sugar is obtained from the sap and syrup from this. It takes more than 40 liters of sap to make one liter of syrup.
In addition, the wood of this maple, which is durable and used for commercial purposes, is also used for the construction of skateboard decks, in the form of 7 or 9 mm plywood.