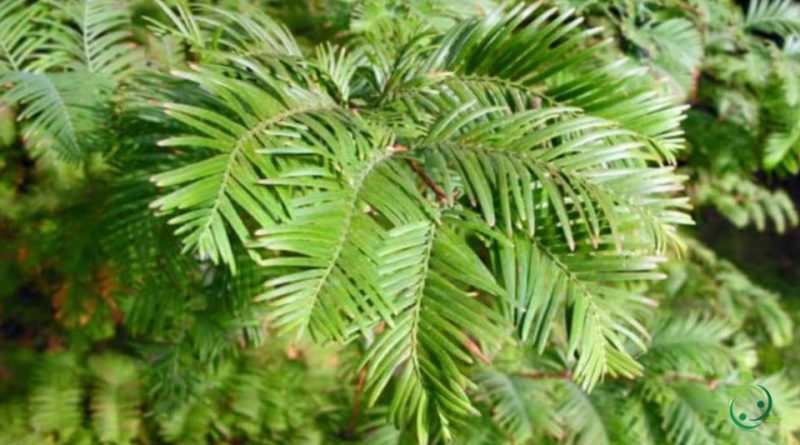 The Dawn redwood (Metasequoia glyptostroboides Hu, Cheng) is a conifer, the only living representative of the genus Metasequoia, of the Cupressaceae family. In its natural state, its subsistence is limited to a small portion of China.
This genus was first described in 1941 by the Japanese palebotanist S. Miki, based on fossil remains. Since then the new species was called M. glyptostroboides and spread in botanical gardens and nurseries all over the world, thanks also to the efforts of Arnold Arboreum, which collected the seeds of the Metasequoia and distributed them to North American and European botanists, also reaching Italy, where the first specimens were germinated in the Borromeo Botanical Garden, on the Mother Island of Lake Maggiore and in Borghetto di Valeggio sul Mincio in the province of Verona which rises in the valley of the Mincio river, at the foot of the Visconteo Bridge.
The reproductive structures of this conifer are yellow male cones, which are produced in pendulous catkins at the end of the branches and female, paired at the end of long pedungs, are greenish and globular. The fruit is a globose, brownish, pendulous galbule, 2 cm in diameter.

Cultivation –
Metasequoia glyptostroboides is a plant largely cultivated as an ornamental species.
To be cultivated, this plant requires full sun, and grows on various types of soils and in different pH conditions including very acid soils, up to almost 3.5, very humid or even submerged.
However, this plant needs well-drained and slightly acidic soils, and possibly sheltered locations.
However, it is a very rustic plant when it is dormant, it is damaged by late frosts or by early autumn ones.
Metasequoia glyptostroboides propagates by seed in late winter although, recently it has been discovered that the plant can also be reproduced by cutting.
When the seedlings are manageable, they are repotted after which the plant is overwintered in shelter. Subsequently, the plant is planted in late spring or early summer, after the last frost.
Alternatively, as anticipated, you can proceed by semi-woody cutting, to be prepared in the period of July-August, or woody in late autumn.
Due to its size, this plant is obviously suitable for large spaces, not too exposed but still in full sun, as a light shade tree.
From an aesthetic point of view, its picturesque bark and trunk reinforced at the base and cordoned make the plant very interesting in winter, while the elegant foliage throughout the year and beautifully colored in autumn makes this tree very ornamental also in the remaining ones. seasons.
Plant of great effect also as an isolated specimen or on the bottom of borders.

Uses –
As the tree is recently introduced and there are few adult specimens, the potential properties of the wood are not yet known.
However, timber is used in China; in other countries it is used as an ornamental plant in parks and gardens.