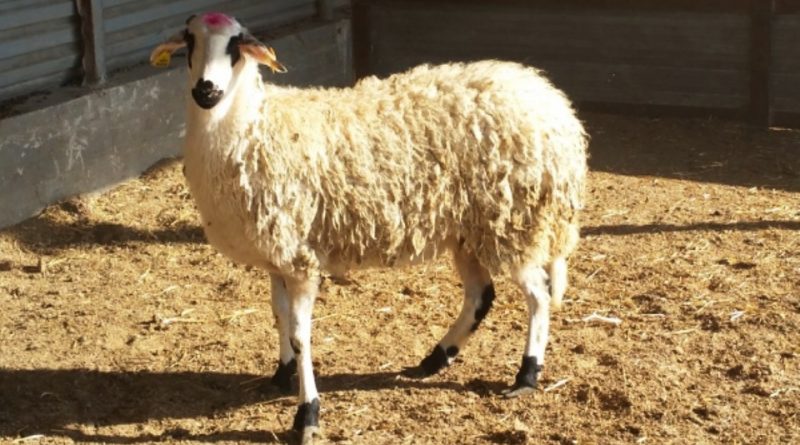 Chios is a sheep breed (Ovis aries Linnaeus, 1758) with origin on the Greek island of Chios and aptitude for milk production.

Geographic and Area Distribution –
The Chios is a breed originating from the Greek island of Chios (although its remote origins are unknown) and widespread especially in Greece. This breed belongs to the group of sheep with caudal lipoma (fat-tailed sheep).

Origins and History –
The Chios breed is bred mainly for the production of milk and it is assumed that it has been crossed with Kivircik and Dagliç; it is commonly accepted that it originated on the Greek island of Chios.
From 1983 to 2007, the world population of Chios increased from 16,000 to 51,860.
A recent survey has recently seen an important structural and management development compared to the more traditional systems still dominant in Greece.
The study has shown an evolution of the breeding models and, basically, four types of breeding:
1: Newly established, intensive and well-equipped specialized farms;
2: Well established farms with balanced sheep production and feeding;
3: Small flock farms that focus more on arable land than on sheep farming with a tendency to evolve towards the second type.
4: Farms that represent a rather conservative form of Chios sheep farming with low / intermediate inputs and that choose not to focus on producing feed from feed.

Morphology –
The Chios breed sheep have a typically white colored coat with black, sometimes brown colored spots, around the eyes and on the ears, nose, belly and legs.
Their average weight is 80 kg for rams and 60 kg for sheep, with an average height at the withers of 79-84 cm for rams and 70-76 cm for sheep.
The head is often all black and is usually small and thin with a slight sheepskin profile; rams are characterized by spiral horns while only 30% of females have them.
The udder and nails are black, the ears are large, furthermore the production of wool is low which is short and does not cover the lower abdomen or the limbs.
Newborn lambs weigh from 3.2 to 4.5 kg.

Productive attitude –
From the reproductive point of view, females begin at the age of 8-9 months, and can give birth twice a year with a high probability of twin births, with an average of 1.5-2.3 lambs per litter.
Males compete for females at the age of 5 months, but are developed at the age of 8-9 months.
Lambs are weaned 45 days after birth and reach 15 kg.
The annual milk production varies from 120 to 300 kg, with 270 days of lactation.
Milk is used to make many types of cheeses such as Feta, Batzos, Manouri and many others. The highest recorded milk production was 777 liters over a lactation period of 220 days.
As for wool, the diameter ranges from 27 to 35 micrometers with a spinning count from 44 to 56. The staple length is between 8.0 and 13.0 cm. A rough fleece weighs approximately 1.2 to 2.5 kg. There is considerable variation between individuals regarding the quality of the fleece. However, the quality of an individual’s fleece is typically consistent.