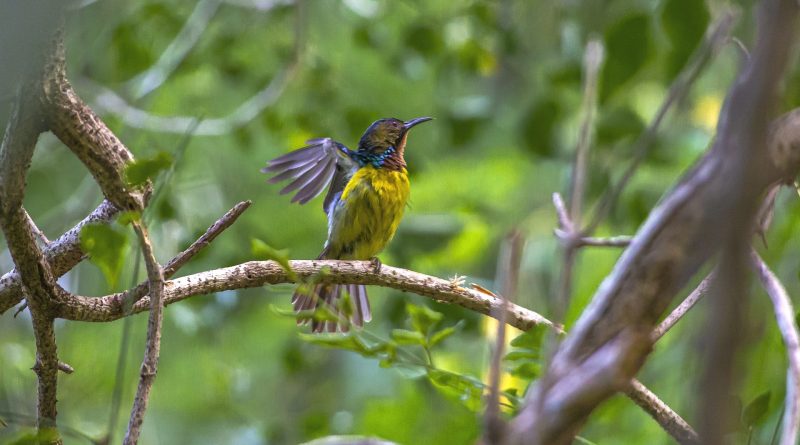 The term tropical climate refers to the climate typical of the torrid zone of the Earth and which characterizes the latitudinal belt between the Tropic of Cancer and that of Capricorn.
The tropical climate therefore occurs in Africa, the Indian Peninsula, Australia, Oceania, South Florida and South and Central America.
The tropical climate, according to the Köppen climate classification, is identified with the letter A and is characterized by typical ecosystems such as tropical forests and savannas. In these areas the relative biomes are characterized by high temperatures throughout the year, so much so that even in the coldest month the temperature does not drop below 15 ° C.
This strip of the terrestrial planisphere hosts animals and plants belonging to a great biodiversity. The typical biome in Africa is the savannah (tall grasses in the rainy season; low grasses in the dry season). The prevalent biome in Southeast Asia, as in India, is the jungle (thanks to the rains brought by the monsoons, it is an intricate biome). Anthropization is consistent in Southeast Asia.

The tropical climate is characterized by two different seasons:
– the rainy one and the dry one.
The pluiovmetric regime stands at 1000 ml of rainfall per year, with an annual excursion that means that in the rainy season the temperatures are lower.
Furthermore, according to the rainfall regime, three types of tropical climate are distinguished according to the classification of Vladimir Köppen:
– the actual equatorial climate, Af (tropisches Regenwaldklima, immerfeucht, in Italian “climate of the tropical rainforest, always humid”);
– the monsoon climate, with a dry and a wet season, Am (Regenwaldklima trotz Trockenzeit, in Italian “rainforest climate despite dry period”);
– the climate of the savannah, drier and with greater temperature variations Aw (Savannenklima, wintertrocken). The Af climate is characterized by average monthly rainfall always above 60mm.