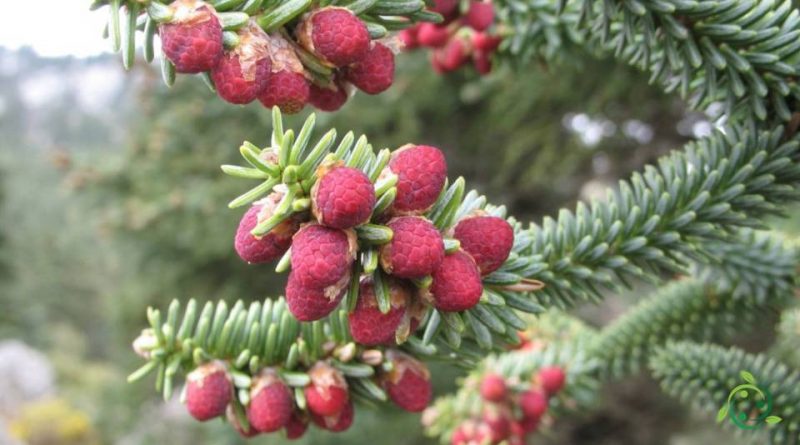 How Spanish fir is grown

The Spanish fir (Abies pinsapo Boiss.) Is a plant of the Pinaceae family native to the mountainous areas of southern Spain (Andalusia). It is considered the national tree of Andalusia.
This species includes two subspecies:
– Abies pinsapo pinsapo Boiss., Nominal subspecies widespread in Andalusia;
– Abies pinsapo marocana (Trab.) Emb. & Maire, widespread in Morocco.
It is a very rare fir that populates small mountainous areas of southern Spain and the Moroccan Rif. In Spain, the nominal subspecies survives in protected areas (Sierra de las Nieves and Sierra de Grazalema, respectively in the provinces of Malaga and Cadiz) at an altitude ranging between 900 and 1,800 meters.

Cultivation –
The cultivation of Abies pinsapo is carried out, especially in the areas of origin, for protective purposes.
Outside its natural habitat, it takes approximately 20-50 years to obtain a well-formed plant.
This plant can be grown in soils of various kinds but not asphyxiated and not very permeable substrates. The plants can also be placed in full sun and have considerable resistance to cold. In the period of winter dormancy it survives temperatures ranging from -15 to -10 ° C.
For the multiplication it is necessary to wait for the formation of the seeds inside the cones which are, typically, without protruding bracts.
It is advisable to make fresh but ripe seeds immediately in autumn, in pots, and left outside for cold stratification, protecting the plant from excessive cold.
For the transplant, it will be necessary to wait until the following spring, taking care not to disturb the root system and placing the plant in a substrate, possibly of medium texture and previously fertilized with organic matter.