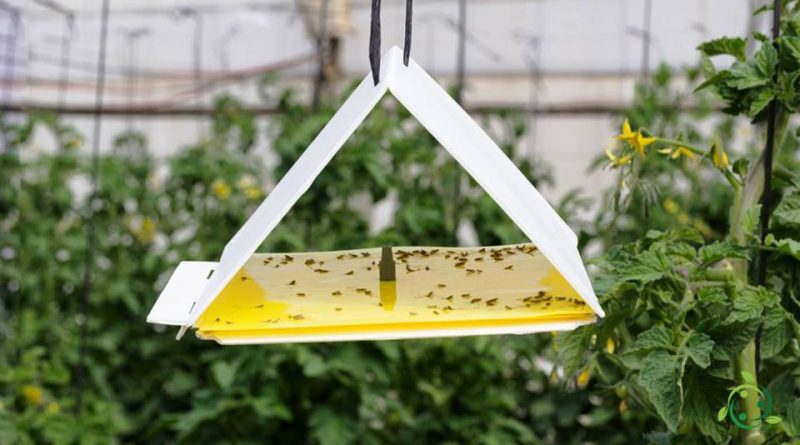 Insect monitoring traps are normally used for two purposes:
– scientific;
– to establish the phytosanitary intervention threshold.
These traps, through time detection of adult insect populations, are applied to follow the flight curves and identify the right moment to intervene.
The advantage of using these traps is that, once the method has been calibrated, it is particularly effective and easy to implement and allows prompt intervention both on pre-imaginal populations and on adults.
Insect monitoring traps are used to establish the appropriate time for the control of species that are harmful in the larval state and with flying, mobile and harmless adults, at least directly.
They are therefore useful for establishing intervention thresholds for Diptera, Lepidoptera and Hymenoptera, while for Rincoti and Coleoptera the traps are mostly used in specific cases and generally other monitoring methods are used.
The reliability of insect monitoring traps is linked to the density of the devices and this, in turn, substantially depends on the species and type of attractant.
Chemotropic or chromotropic traps can generally be used. For the former, one to four traps per hectare are sufficient, while the latter require a higher density due to the reduced range of action.

Furthermore, the reliability of the attractants in determining the intervention threshold varies greatly from species to species.
The shape of a monitoring trap varies from a simple tablet, to the shed or pagoda such as those produced by the industry.
The former are made of plastic material (eg Plexiglas, fiberglass) and are simple rigid rectangular sheets with dimensions of the order of 250-350 cm2.
Shed traps are generally made of alveolar polypropylene and have different shapes according to the manufacturer.
Traps for monitoring insects are usually placed on plants. The most frequent capture mechanism consists in sprinkling the surface of the trap with entomological mistletoe: the insect, once in contact with the mistletoe, is held by the legs, by the wings, by the entire body.
The simplest traps can also be built in the company and if the monitoring campaign is long these must be replaced or restored periodically. It is important, however, that the detection of insect populations is not affected by the poor efficiency of the trap due to the ineffectiveness of the attractant.
It is important that the reading is performed using stylets to remove the remains at each detection; this is to avoid counting the same insects in subsequent surveys.