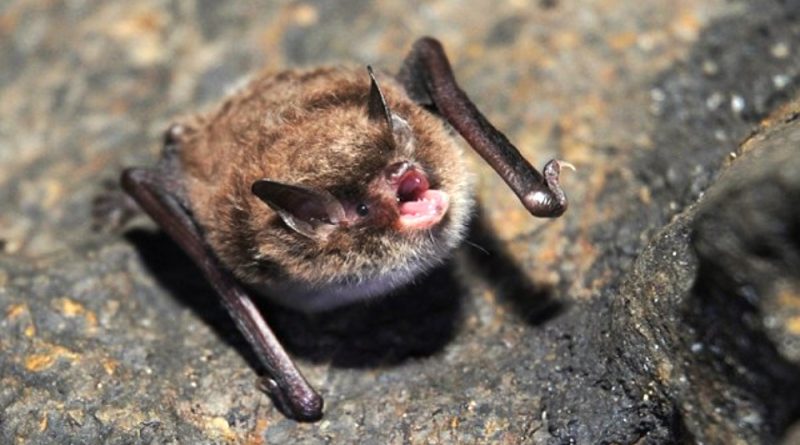 The Daubenton’s bat (Myotis daubentonii Kuhl, 1817) is a bat belonging to the Vespertilionidae family.

Geographic Distribution and Habitat –
The Daubenton’s bat is a bat widespread in the Palearctic Ecozone, present from Europe to Sahalin, Korea, Japan and the Kuril Islands, through Asia (Island of Cyprus excluded), where in the North it goes up to approximately 60 ° of latitude, while in the South it reaches 45 ° in the SW part and 25 ° in the E part (north-eastern India and southern China).
This species in Italy is present practically throughout the territory.
Its habitat is that of woods and urban environments near ponds up to 1,800 meters above sea level. 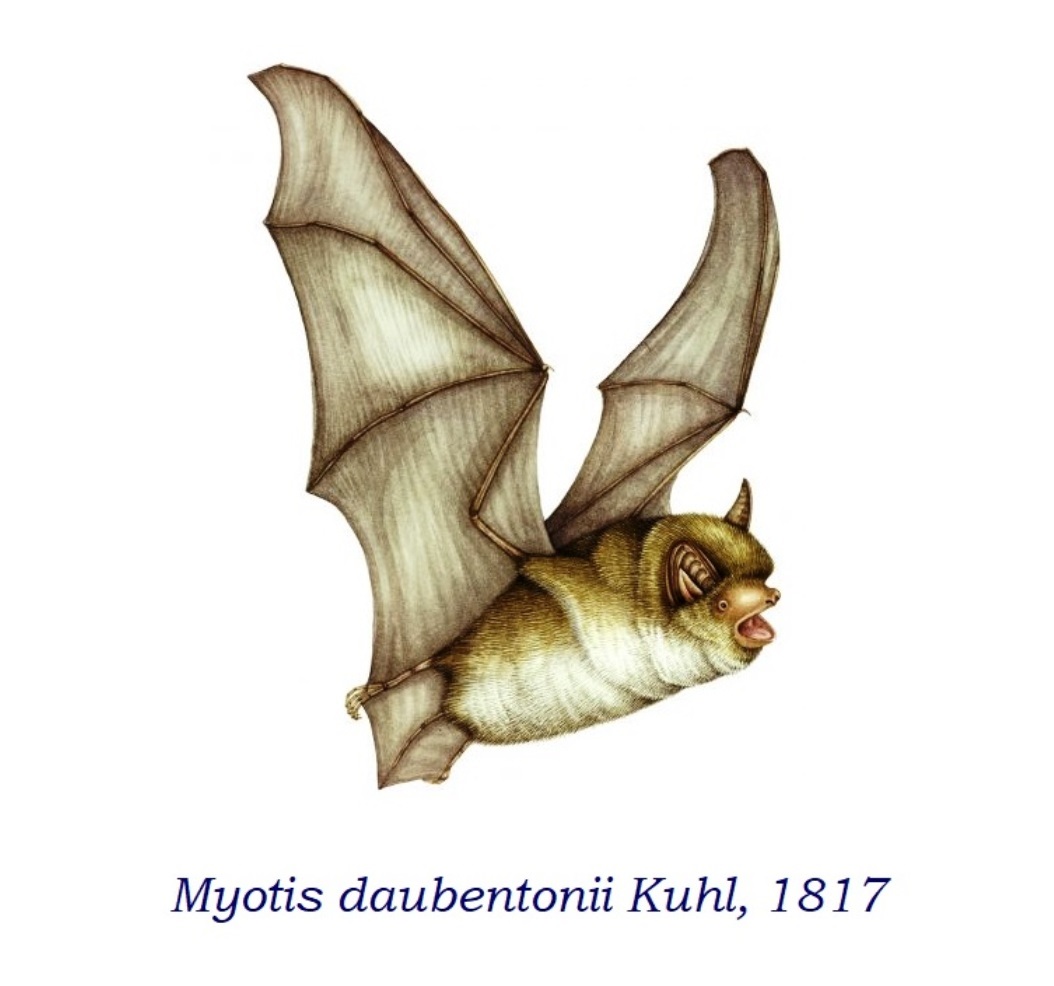 Description –
Myotis daubentonii is a bat with a head-body length of 45-55mm, tail length of 31-44.5mm, forearm length of 35-41mm, ear length of 10-14mm, wingspan of 24-27.5 cm, for a weight between 7 and 17 grams.
This bat has short, fluffy and thick fur, with reddish-brown dorsal parts and silver-gray ventral parts, with a clear demarcation line.
The muzzle is pinkish-brown in color, with a hairless area around the eyes.
The ears are brownish-gray, short, narrow, with a rounded tip and a superficial hollow about halfway along the rear edge.
The tragus is broad, lanceolate and less than half the length of the auricle.
The wing membranes are brownish-gray in color and attached posteriorly under the ankles.
The feet are large, with toes equipped with large hooked claws.
The limestone is about one third of the free edge of the uropathage long and has no fairing.
The lower canines are poorly developed.
The upper third premolar is small and located along the alveolar line.
The flight is regular and if it accidentally falls into the water, it reaches the shore and takes off again.
This bat emits high duty cycle ultrasound in the form of short duration pulses at an initial 85–90 kHz and final 28 kHz modulated frequency.

Biology –
In this species, mating takes place in the period from August to the following spring, sometimes even during hibernation.
Myotis daubentonii gives birth one young at a time in the period from the second half of June to July. Gestation lasts 50-55 days and twin and triplet births are rare.
The baby opens his eyes at 8-10 days of life, and is completely covered with hair after 21 days; it reaches adult size after 31-55 days and is definitively weaned at two months.
It reaches sexual maturity at two years of age. The maximum life expectancy is 28 years.

Ecological Role –
Myotis daubentonii tends to form nurseries of individuals of several hundreds of females, often together with other species of vespertili, sometimes frequented by males who, however, tend to live in this period solitary or in small groups of up to 20 individuals. Its predatory activity begins half an hour after sunset, but it can be exercised, sometimes, even during the day and lasts all night, moving away from the shelters at no more than 2-5 km and in groups of up to a few hundred specimens.
This species is sedentary, with maximum displacements of up to 260 km, mainly carried out between summer and winter sites.
Arrived in the summer period it takes refuge in numerous colonies formed by individuals of both sexes inside the hollows of the trees, in the bat-boxes, in the buildings, in the cracks in the walls and in the rocks, in the nests of birds such as the mouse.
In winter, it hibernates in the period from the end of September or mid-October to the end of March or the beginning of April, in natural or artificial underground environments with humidity of 80-100% and a temperature of 0-10 ° C where it can also form colonies of 17,000 specimens, although it is usually found singly or in small groups.
Its diet is based on insects caught in flight over bodies of water and small fish collected immediately under their surface thanks to the powerful claws of which the large feet are equipped. Ingestions, presumably involuntary, of small crustaceans have also been recorded.
Regarding its conservation status, according to the IUCN Red List, considering the vast range, the abundance and the lack of relevant threats, it is classified as a species with minimal risk (LC).