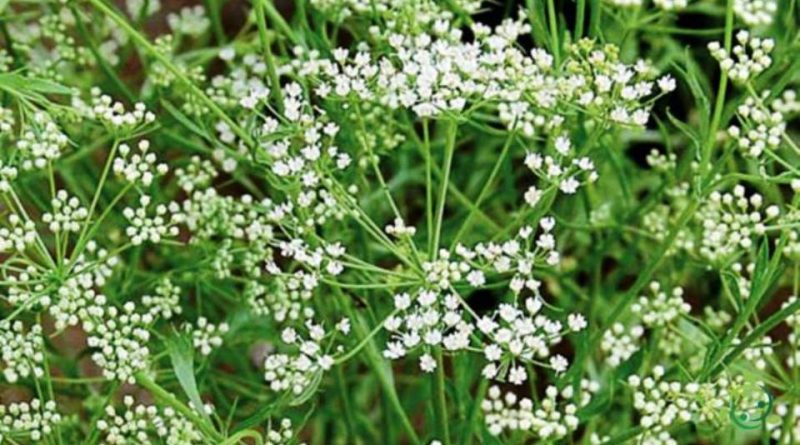 Green anise or common anise (Pimpinella anisum L.) is an annual herbaceous plant of the Apiaceae family.
It is a plant native to Asia and grows wild in Egypt, Greece and the Middle East but has been exported all over the world.
Today green anise is the best known species of anise in the West and is also cultivated in Italy.
In fact, its spread in Italy was such that today anise can be considered to all intents and purposes a spontaneous plant.
The aromatic part of the plant, used in cooking is the seed, small, semi-woody, which contains large quantities of anethole, an essential oil with a penetrating, sweet and pleasant aroma, what we all know as anise.

Propagation –
The seeds, in order to reproduce the plant, must be collected in August, when the plant has gone to seed.
Umbrellas thus matured must be collected very carefully so as not to disperse seeds; they must then be placed in a dry and dark environment, upside down, placing containers or containers underneath to collect any seeds that in the meantime will detach and fall off.
After the sowing has passed the vernalization period this can be sown in the period of April or May.
In this regard, remember that, being very small, the seeds will be covered with a light layer of earth, preferably light; moreover, previously, the sowing ground must have been finely worked.
Green aniseed usually takes 2-3 weeks to germinate, after which the anise seedling grows rapidly. If the sowing has been carried out too dense, it will be necessary to thin out the seedlings when they reach about ten centimeters in height.
It is advisable not to transplant the plant as green anise does not tolerate removal from its original growth site well.
To contain the development of weeds, it is also possible to proceed with weeding and irrigate if necessary.
For the details of the cultivation technique, refer to the following sheet.