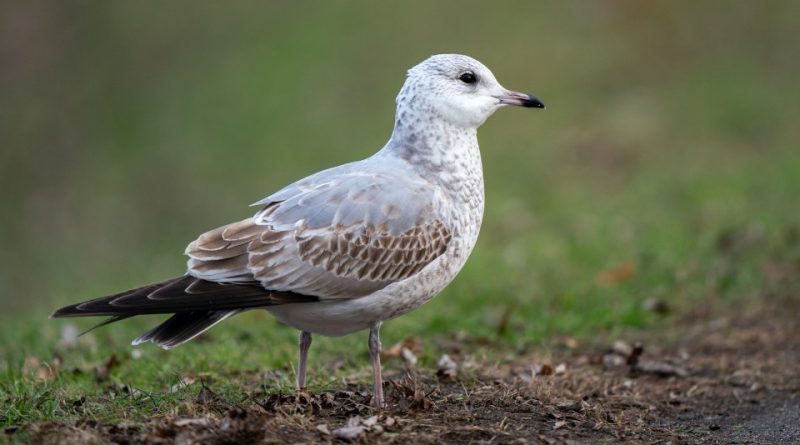 The common gull (Larus canus, Linneus 1758) is a bird belonging to the Laridae family.

Systematics –
From a systematic point of view it belongs to:
Eukaryota Domain,
Kingdom Animalia,
Phylum Chordata,
Aves class,
Order Charadriiformes,
Laridae family,
Genus Larus
L. canus species.
Some subspecies belong to this species:
– Larus canus canus;
– Larus canus heinei;
– Larus canus kamtschatschensis;
a fourth subspecies should join these, namely:
– Larus canus brachyrhynchus. For some authors this subspecies is considered a separate species (Gavina of Alaska, L. brachyrhynchus Richardson 1831) and investigations are underway to understand if there are three or only two subspecies.

Geographic Distribution and Habitat –
The common gull is a medium-sized gull that reproduces in the Paleartic areas, in northern Europe and in the north-west of North America.
Its range includes all of Europe, most of Asia (it is rare only in Indonesia and part of Indochina) and North America (it is rarer on the Atlantic side); it is also present in the northern and north-western part of Africa. It is occasional in the south of the Arabian Peninsula, in Greenland and on the islands of the north-central Atlantic.
Its nesting takes place in the British Isles, Scandinavia, the Baltic and White Sea coasts.
In Italy the nominal, nesting species is present, furthermore in the northern Adriatic the subspecies Heinei or Gavina Siberiana has been found, wintering in the eastern Mediterranean. 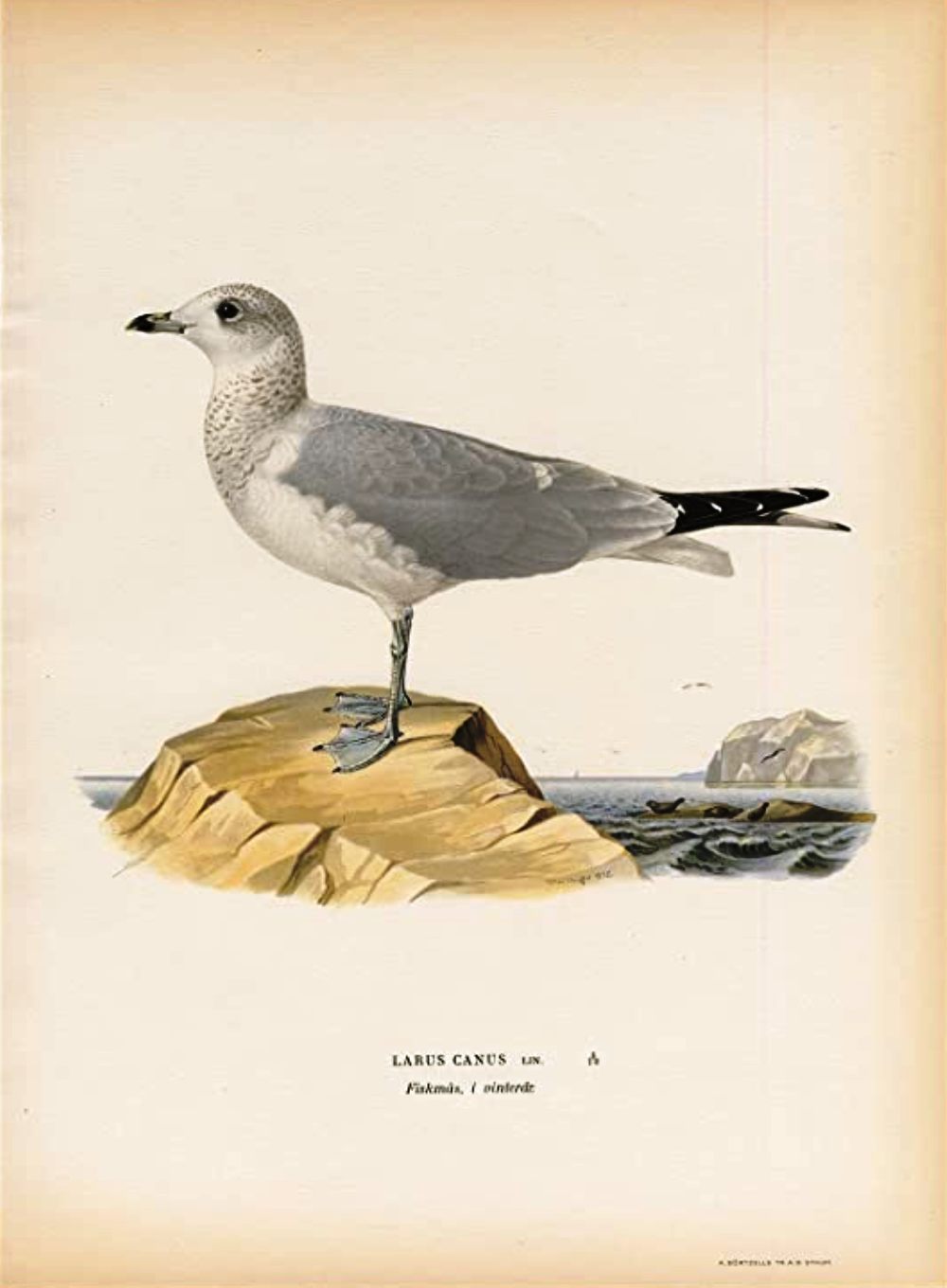 Description –
Larus canus is a gull with a length of 39-45 cm and a wingspan of 103-121 cm.
It does not show sexual dimorphism and is recognized for having, in nuptial dress, the upper back of a gray color as well as most of the upper part of the wings which have black ends with white “mirrors”.
The head and the remaining parts of the body, including the tail, are white in color.
The beak is yellow and the legs are yellow-green.
Arrived in the winter period, the adults assume a fine gray streak all over the head and the beak has a thin black band; the remaining parts of the body remain as in the summer dress.
The juveniles, on the other hand, have a predominantly brown plumage on the upper part and on the chest with dark speckles and edging of the lighter feathers. In these the beak is more yellow brown with blackish apex. The paws are red brown.
This livery gradually changes over the years until it takes on the definitive one of adults.

Biology –
Larus canus is a typically gregarious species outside the reproductive period. It is easily observed both in flight (rather slow and without rejects) and while standing It is frequently associated with other larids, especially with the common gull and Mediterranean herring gull.
Reproduction occurs in colonies near water or in swamps, building a nest on the ground or on a sapling; colony size varies from 2 to 320 or even more pairs. Usually three eggs are laid (sometimes just one or two); the eggs hatch after 24-26 days; the chicks are ready to take off after 30–35 days.

Ecological Role –
The common gull, like most gulls, is an omnivorous species that feeds on small prey.
At present it is estimated that the world population is about one million couples; they are more numerous in Europe, with over half (perhaps up to 80-90%) of the world population. In contrast, the population of Alaska is only about 10,000 pairs.
According to the IUCN red list this bird, even if it is experiencing, like other species, a reduction in habitats is, at the moment, of minimal concern.