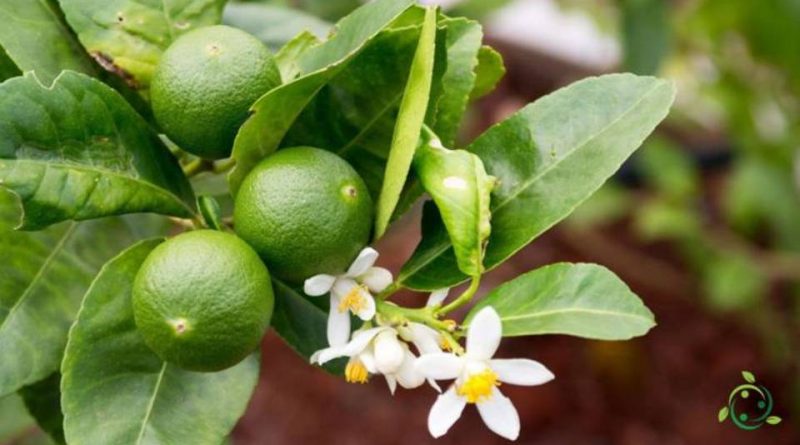 The Key lime (Citrus aurantiifolia (Christm.) Swingle, 1913), is a citrus fruit of the Rutaceae family, native to Asia which, according to some authors is considered a natural hybrid of Citrus medica (the cedar) with another species.
The lime, in fact, is not cultivated or is little cultivated in Europe, but it is well introduced in the Americas. Many varieties are known in the US, but it must be said that they are mostly naming errors, which often creates a bit of confusion. The only original non-hybridized lime is Citrus x aurantifolia that the Portuguese brought to America in the sixteenth century and has been grown in Mexico and Florida ever since.
Among the cultivars are mentioned:
– Mexicana (Mexican lime);
– Neapolitanum;
– Valletta.

Various hybrids are also derived from Lime such as Limequat, a cross between Citrus aurantifolia and Fortunella margarita.
This plant, due to its medium stature (3 – 5 meters in height) can still be cultivated, as well as in the open field, directly in pots.
Whether grown in open field or in pots (large), pruning must be done every year to lighten the foliage (especially if the plant is grown in pots) and the best time to practice it is late spring or summer. .
Like other citrus fruits, in fact, this plant, during the period preceding late spring is busy metabolizing most of its components which will be useful for the production phase.
Remember to always use specific tools that are well sharpened and disinfected and the cuts must be made obliquely to facilitate the drainage of the water and to avoid the proliferation of fungi and damage to the wood.
For details of the pruning technique, refer to the following sheet.