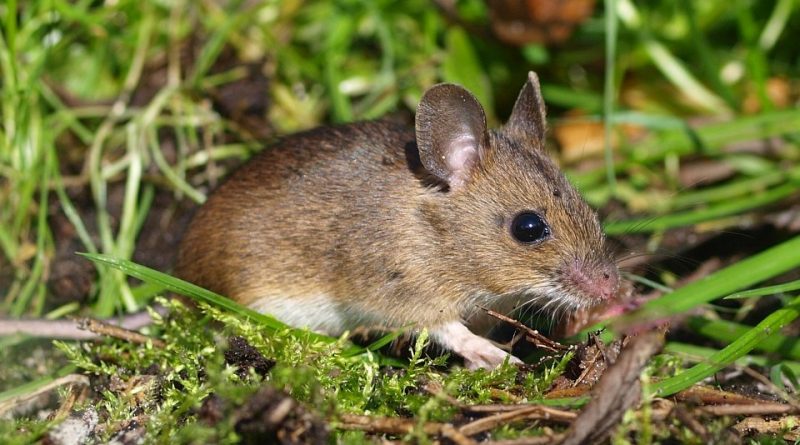 The wood mouse (Apodemus sylvaticus Linnaeus, 1758) is a rodent mammal belonging to the Muridae family.

Geographic Distribution and Habitat –
The wood mouse is a small rodent mammal that is widespread throughout much of Western Europe.
Its distribution range goes from the Iberian Peninsula to the north in Scandinavia and to the east to Belarus and Ukraine. It is also present in some territories of northern Africa, limited to the mountains of Morocco, Algeria and Tunisia, as well as in England, Ireland, Iceland and numerous islands in the Mediterranean.
In Italy, the species is widely distributed throughout the peninsula, in the major islands and in numerous minor islands and in addition to the nominal subspecies (widespread in the Triveneto), there are also the dichrurus subspecies (central-northern area of ​​the country) and milleri (southern) : many island populations of these animals, previously ascribed as separate subspecies (such as hermani on Pantelleria and ilvanus on the Island of Elba), have been reclassified after a DNA test as simple populations of A. sylvaticus milleri.
The habitat of this species is preferably that of hedges and less in wooded areas. These are mammals that however adapt to any biotope that includes a sparse vegetation cover, and can therefore be found in a great variety of environments, from sea level to the upper limit of woodland vegetation, including rural areas, pine forests. , near or inside homes, etc. 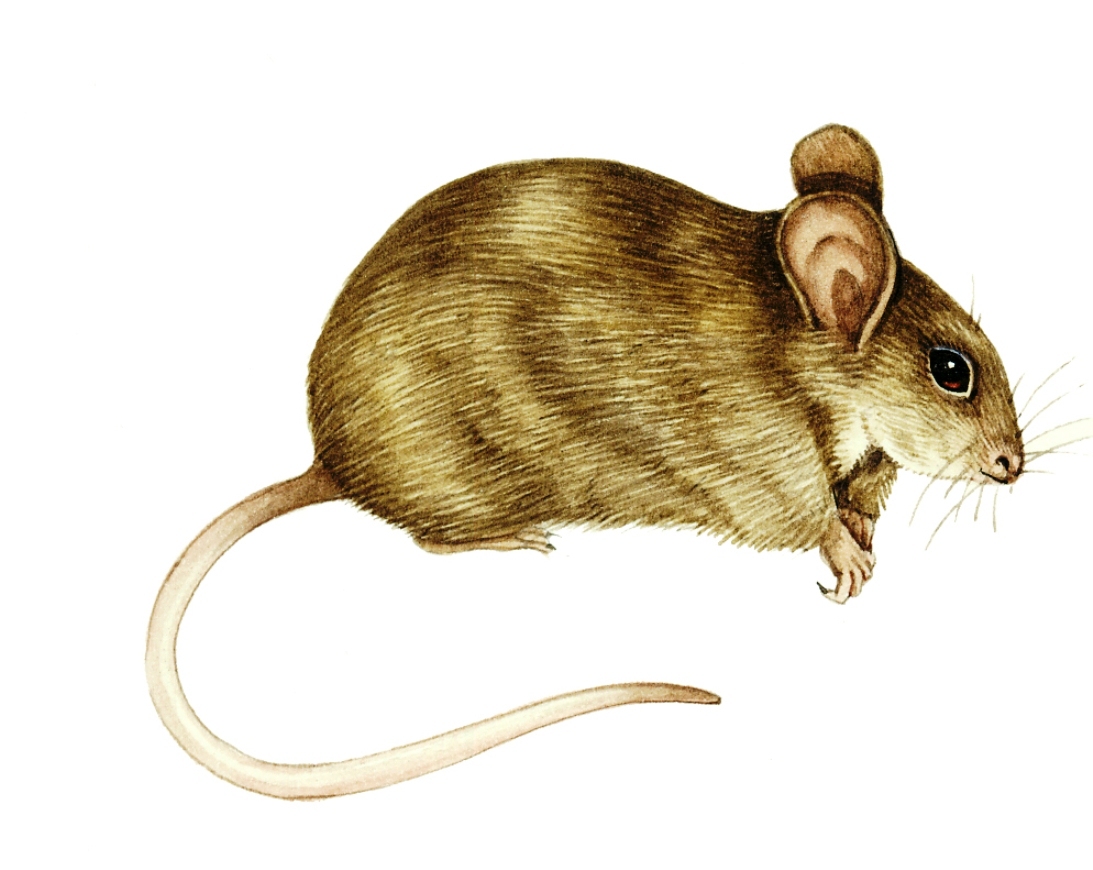 Description –
The wood mouse is a small rodent with a head-body length of 7.7-11 cm, with a tail length of 7-11.5 cm, weighing between 14 and 28 grams. There is a slight sexual dimorphism with the male being larger than the female.
The hair of the coat is light brownish-brown with white ventral parts and legs; in some specimens a yellow spot is present both on the sides and on the chest.
It has large black eyes, rounded ears, hairless and membranous.
The hind legs are much longer than the front ones.
Unlike the related species Apodemus alpicola and Apodemus flavicollis, it differs in the generally more homogeneous and less reddish coloring and in the ears and tail which are proportionally slightly smaller, in particular the latter in the common wild mouse rarely exceeds in length the size of the body.
The verses are: squeaks and squeaks.
This small rodent moves quickly, in the manner of kangaroos even if, unlike these, they do so by placing all four legs on the ground at each jump, which can even exceed one meter in length.

Biology –
The wood mouse reaches sexual maturity around 3 months of life.
The reproduction period begins in March and continues until October (with peaks between July and August) and, in areas with mild winters, also during this season.
The gestation period lasts 25-26 days, after which the female gives birth to 3-9 young, blind, which after 16 days are ready to leave the nest and at 21 days are weaned. Each female can have five litters a year and the young begin to reproduce when they are just five months old.

Ecological Role –
The wood mouse is a mostly nocturnal animal, although it is not uncommon to see them even in broad daylight. It is a species that tends to form family groups, each of which defines its own territory which has an average extension of 1000 m2.
This animal, within its territory, digs tunnels under the layer of dead leaves that cover the ground (they are in fact mainly inhabitants of well-mature ecosystems), as well as complicated systems of underground tunnels that open to the outside with openings of the diameter of about 4 cm. These tunnels usually converge into underground nests, which are lined with finely ground herbs, and which are used for both sleeping and nursery. In addition to the underground nests, these animals can also use abandoned bird nests, sometimes located at considerable heights from the ground, both for sleeping and as a pantry.
The presence of these small mammals can also be revealed by small piles of stones, up to 5 cm high and equally wide near or even above the entrance to the den, without however these hindering access.
Apodemus sylvaticus feeds mainly on seeds, cereals, acorns, nuts, fruit, buds, mushrooms, insects and even snails. The hazelnuts are nibbled until an irregular hole is obtained on the non-pointed part, while the shells of the snails are completely ground and swallowed. Males eat more insects and less plant food than females, while young individuals feed mainly on buds and fungi and only minimally on insects.
This animal tends to stock up on food, of any kind, as soon as it becomes available, whether it be hazelnuts, acorns or various types of berries, which it buries in one or more groups, so much so that if they scatter walnuts found in a hiding place on an area as large as the territory of a family of these rodents, the mice will struggle to collect them again and group them in a few hours, even in broad daylight.
Among the predators of this rodent there are both mammals and birds that feed on them, also various species of weasel owls, stoats, foxes and other medium and small carnivores; even carrion-eating ravens feed on them.
This rodent is disturbed, according to the IUCN, especially in forest ecosystems, due to grazing by ungulates which can have a negative impact on the species, although this is less damaged than other micro mammals. In agricultural ecosystems, negative effects on populations by the main human activities have been highlighted, such as the mowing of cultivated fields and the distribution of insecticides and herbicides, for an indirect negative effect, due to the reduction of invertebrates present.