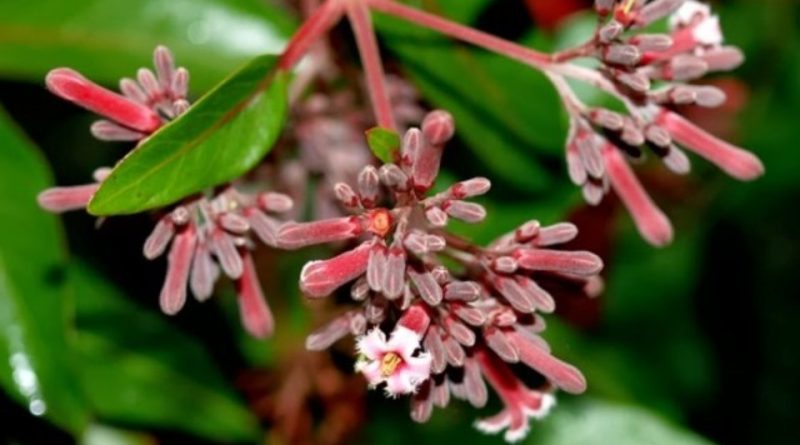 The Huannco (Cinchona micrantha – Ruiz & Pav.) Is an arboreal species belonging to the Rubiaceae family.

Etymology –
The name Cinchona derives from Ana de Osorio, countess of Cinchon and wife of the viceroy of Peru, who according to legend discovered on herself the virtues of cinchona bark, recovering from malarial fevers and deciding to import it to Europe (1639). The specific micrantha epithet comes from the Greek μικρός micrós small and from ἄνϑοϛ ánthos fiore: with small flowers.

Geographic Distribution and Habitat –
Cinchona micrantha is a plant native to western South America, in an area between Bolivia, Ecuador and Peru. 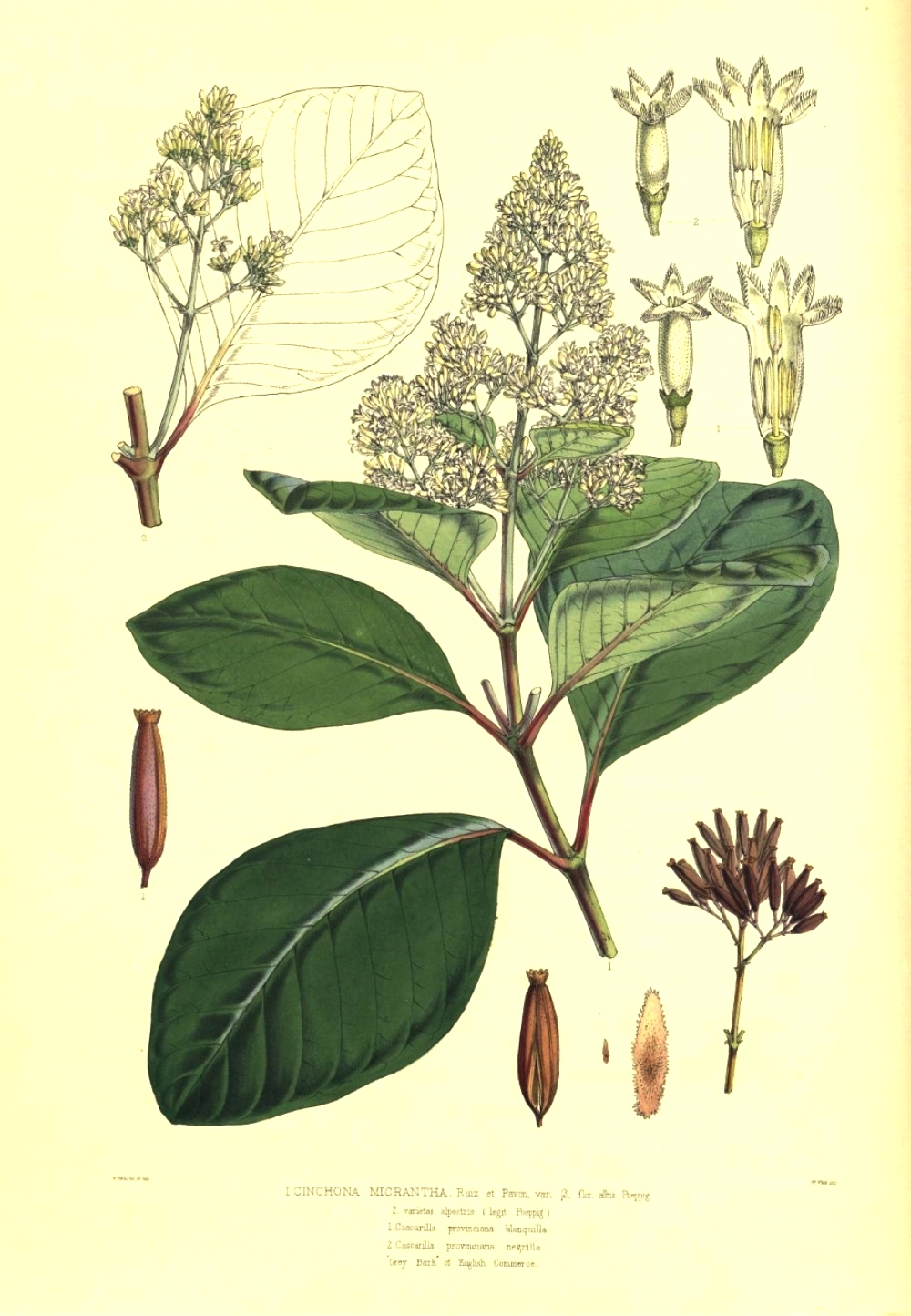 Description –
Cinchona micrantha is an evergreen tree that grows up to 8m and has a medium growth rate.
The bark is wrinkled, gray-brown in color.
The leaves are glossy, leathery and waxy, ovoid, dark green, over 20 cm long and about ten wide.
The flowers, gathered in terminal inflorescences, have a reddish tube and white or pink corolla, with hairy, intensely perfumed petals. The fruits are narrow cylindrical capsules, which contain 3 or 4 seeds.

Cultivation –
Cinchona micrantha is a plant that is found both in its natural state and currently cultivated in many tropical areas.
This plant prefers high humidity and a temperature that does not drop below about 15 ° C.
Requires well-drained, moist soil and a location in full sun or partial shade.
This plant can be propagated by seed or by cuttings of semi-mature wood in a sandy soil.

Customs and Traditions –
Cinchona micrantha has long been used medicinally by natives of South America to treat fever and a number of other conditions. The bark of this species, as well as of several related species, has been shown to contain quinine, an effective antimalarial and febrifuge.
At the beginning of the 17th century, Europeans became aware of the effectiveness of this tree’s bark in treating malaria, and over the next 200 years, the trees were largely over-exploited in nature until commercial plantations were finally established in Java. .
Later it was largely replaced by synthetic drugs, in the second half of the 20th century, quinine became very important in the treatment of malaria again because various strains of malaria developed resistance to synthetics.
The bark contains various alkaloids, in particular quinine and quinidine. The bark is a bitter, astringent, tonic herb that lowers fever, relaxes spasms, is antimalarial (the quinine alkaloid) and slows the heart (the quinidine alkaloid).
The bark is made into various preparations, such as tablets, liquid extracts, tinctures and powders.
It is used internally in the treatment of malaria, neuralgia, muscle cramps and cardiac fibrillation. It is an ingredient in various patented cold and flu remedies. It is also used as a gargle to treat a sore throat.
Powdered bark is often used in dental powders due to its astringency.
In any case, high and too constant doses must be avoided, as they produce headache, dizziness and deafness.

Preparation Method –
The bark is made into tablets, liquid extracts, tinctures and powders. When consumed in large quantities, however, it can cause headaches, dizziness and deafness.
Quinine, extracted from the bark of the tree, is used as a bitter flavoring for tonic water and carbonated drinks.