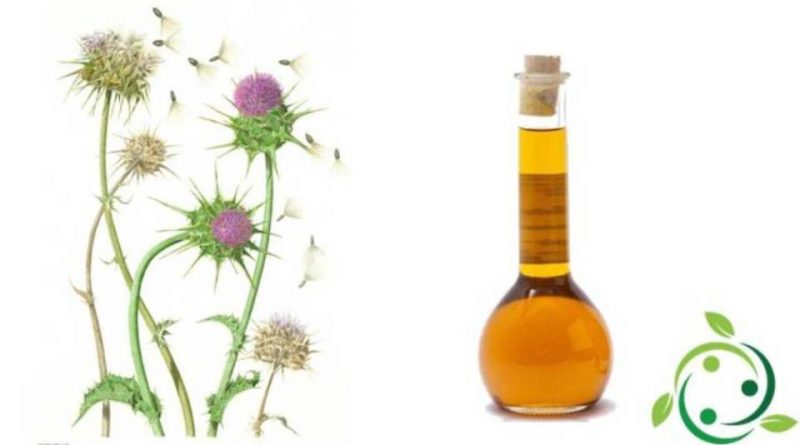 Silymarin is a mixture consisting mainly of three substances: silybin (also called silybinin), silycristin and silydianine.
It is a complex of flavonolignans present in various plants, especially in the Milk thistle (Silybum marianum (L.) Gaertn., 1791), where it is originally present in the 3: 1: 1 ratio.
Silymarin, however, is not present in milk thistle leaves, but is concentrated in the seeds and in the protein layer of the outer surface of the fruit.
Silymarin is a compound that has important protective properties for the liver: in particular it would be able to protect liver cells from inflammation and damage caused by oxidative stress and, at the same time, to enhance the synthesis of liver proteins; it would therefore seem useful in supporting the health and functionality of this organ even in case of significant suffering due to diseases such as hepatitis (also acute, infectious and toxic), liver intoxications, cirrhosis and other pathologies affecting the liver, even chronic.
Since silymarin is able to limit the toxic effects on the liver due to the intake of oral anabolic steroids, it is also used in sports as a “detoxifying” product for this organ. Finally, according to some studies, silymarin would be able to increase the physiological milk production in breastfeeding women (although this last claim was rejected due to the absence of sufficient scientific evidence to justify it).
Currently there are no claims authorized by EFSA (the European Food Safety Authority) specific for silymarin-based products.

Regarding the contraindications, from the studies conducted so far on the possible negative effects due to the intake of silymarin, no particular negative or toxic effects have emerged. The side effects mainly due to a high dose use of the substance mainly include disorders of the gastrointestinal system (especially diarrhea, followed by digestive difficulties, nausea, abdominal bloating).
The presence of silymarin in large doses in milk thistle is the basis of the characteristics known for some time in the phytotherapy area, where it is traditionally used to improve liver health and functionality.
The hepatoprotective effects of silymarin have been demonstrated both in vitro and in vivo, exposing animals to toxic substances capable of inducing liver damage, such as ethanol (alcohol), phalloidin (poison characteristic of the mushrooms belonging to the genus Amanita), carbon tetrachloride, paracetamol and thioacetamide.
Silymarin is absorbed orally and excreted through the bile, with a half-life of approximately 6 hours.
In the medical field, in addition to being successfully used as an adjuvant in the treatment of hepatitis, chronic cirrhosis, liver intoxications, it is used in case of poisoning with Amanita Phalloides.