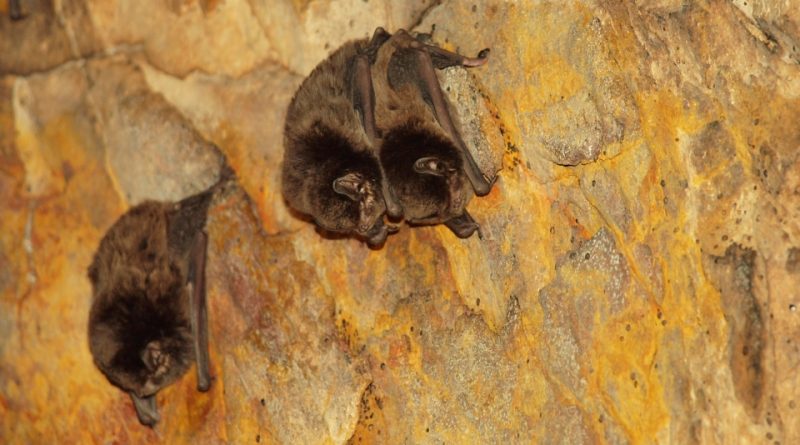 Systematic –
From a systematic point of view it belongs to the Eukaryota Domain, Animalia Kingdom, Phylum Chordata, Mammalia Class, Laurasiatheria Superorder, Chiroptera Order, Microchiroptera Suborder, Miniopteridae Family and therefore to the Genus Miniopterus and to the Species M. schreibersii.
The systematics of this species, and in general of the entire genus, is very difficult due to the remarkable intraspecific morphological similarities and therefore the presence of numerous subspecies.
The terms are synonymous:
– M.baussencis;
– M.inexpectatus;
– M.italicus;
– M.ursinii;
– M.ravus;
– M.pulcher.

Geographical Distribution and Habitat –
The southern bent-wing bat is a bat widespread in a range that goes from central and southern Europe and, across the Caucasus, New Guinea, Solomon Islands (including Bougainville Island), Australia and the Bismarck Archipelago. It is present in the major Mediterranean and Maltese islands; Mediterranean and sub-Saharan Africa, Madagascar and Comoros. In Italy it is a species present throughout the territory. This vast range makes this bat the most common after the Mexican free-tailed bat.
Its main habitat is that of the karst regions up to 1,000 meters above sea level, but it is also present in sclerophyll forests, semi-desert grasslands, steppes, rain forests, mountain forests up to 2,100 meters above sea level and in farms and human settlements. 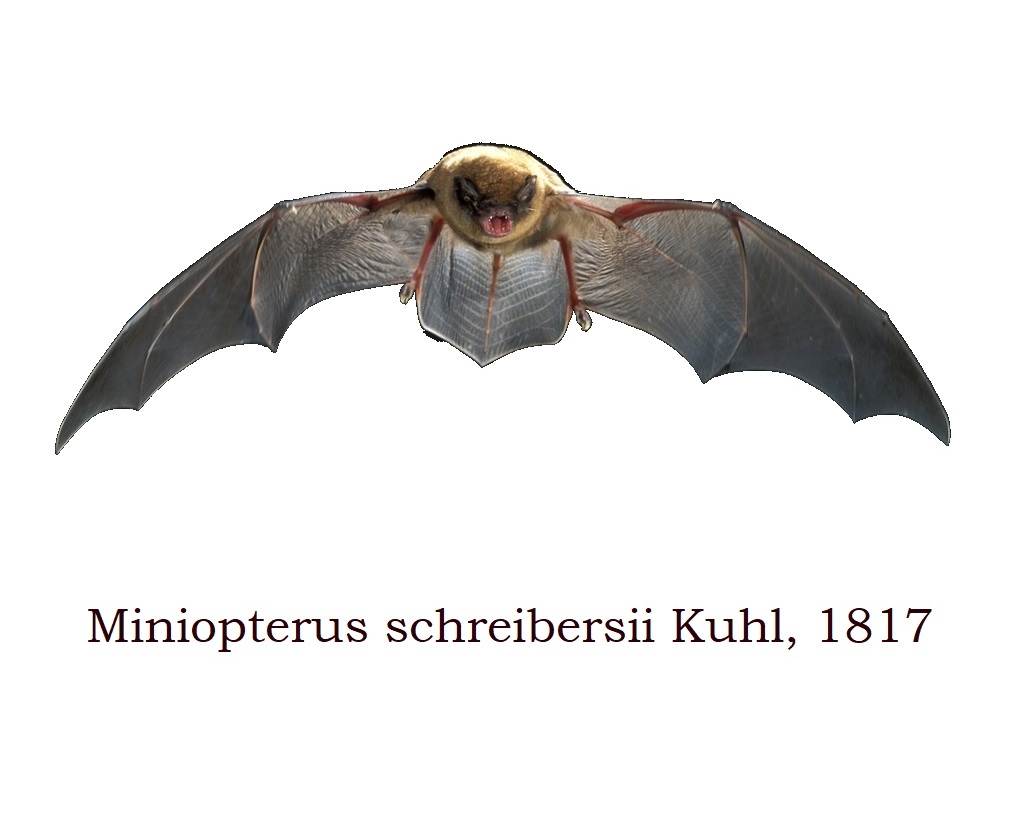 Description –
Miniopterus schreibersii is a bat with a head-body length of 48-62 mm, a tail length of 56-64 mm, for a wingspan of 30.5-34 cm and a weight of 9-16 grams. It has a foot length between 8 and 10 mm and ears between 7 and 13 mm. sexual dimorphism not evident.
It is recognized for having a thick and soft hair, shorter on the head. Color upper gray veiled brown and lower whitish gray, with little contrast between the two parts.
The forehead is conspicuously convex, small ears, almost triangular, rounded and spread apart, barely protruding from the hair; short and blunt trages.
The wings are wide at the base, long and narrow.
The tail is completely wrapped in the Europagio. Large legs with spur free of epiblema.
It is also recognized for the verses which are high-pitched and peeping cries, while the flight is at medium height, very rapid, similar to that of the swallows. It reaches speeds of 50-55 km / h, but can also perform very slow and maneuvered flights.
It emits ultrasound in the form of short-lived broadband pulses with a maximum frequency between 48.8-52.8 kHz in the Asian forms and 54.2 kHz in the European ones.

Biology –
The southern bent-wing bat is a bat that mates in the autumn period, followed by a delayed implantation of the embryo, unique among the European bat species. Females become sexually mature at the second year of age. Females tend to form nurseries, where numerous males are often present.
It winters from October to March, in solitude or in small groups, hanging freely from the ceiling or walls of caves, mines, etc.
The gestation period lasts 8-9 months and the birth takes place in the period between June and July, giving birth to one, or more rarely, two babies.

Ecological role –
The southern bent-wing bat has crepuscular-nocturnal habits and is mostly sedentary, migratory to the north. Feeding: small insects.
During the day he takes refuge in numerous colonies of up to several tens of thousands of individuals inside caves, cisterns, tunnels, aqueducts and cellars. In winter the colonies can be even more numerous; up to 120,000 specimens have been observed in a cave in Bulgaria.
This species shares the sites with other bat species, particularly of the genus Rhinolophus and Myotis. During the autumn days it reaches a state of dizziness, while it hibernates from October to March in Europe. Usually prefers outdoor temperatures between 7 and 12 ° C. Although seasonal migrations are rare, mostly limited within underground networks, displacements of up to 833 km have been recorded.
The predatory activity begins at dusk, shortly after sunset, and feeds on flying insects, mainly lepidoptera, beetles and diptera, caught over open spaces about 5-20 meters above the ground and away from the shelters.
The average life expectancy is three years, while in captivity it can reach sixteen years.
According to the IUCN Red List, it divides Miniopterus schreibersii into three different forms. The former, nominotypical, due to the significant population decline of around 30%, although still stable in regions such as the Balkans and Turkey, is considered to be close to threat (NT). The second form, included in Miniopterus fuliginosus, spread from eastern Iraq to Borneo, the Philippines and New Guinea is considered to be low risk (LC), in light of the widespread diffusion, abundance and adaptability, as well as the third, Miniopterus oceanensis, widespread in Oceania.