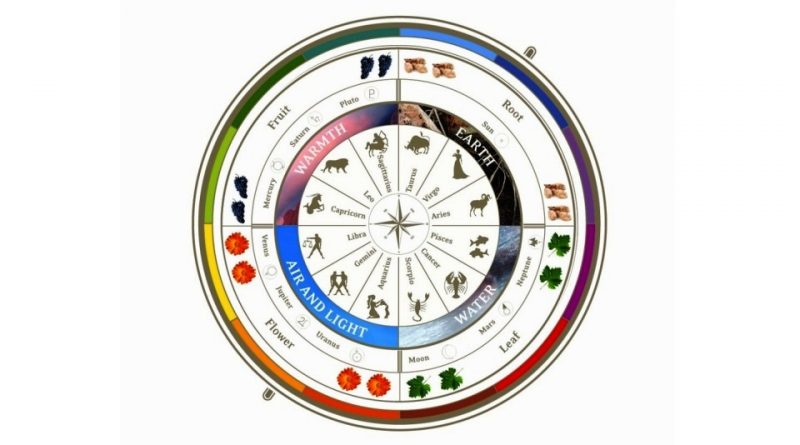 The term Biodynamic Agriculture means an agricultural model that takes place with procedures in harmony with nature, with the earth and with humans.
Biodynamic agriculture, of which Rudolf Steiner is the initiator, considers the soil, man, animals and plants as integral parts of the cosmos, sensitive to its rules and influences.
Biodynamic agriculture aims to produce superior quality food, capable of nourishing man in his physical and inner integrity.
It is a theosophical doctrine, at the basis of the international movement of which Rudolf Steiner was the initiator with the foundation, in 1913, of the Anthroposophical Society at the Goetheanum of Dornach (Basel). Here a renewed concept of man has been proposed in harmony with the forces of the earth and the cosmos that involved medicine, science, art and pedagogy: anthroposophy.
Over the decades, performing arts and applied sciences have been linked to the key concepts of anthroposophy codified by Rudolf Steiner.
Biodynamic agriculture, codified starting from eight lessons for farmers given by the Austrian thinker in Koberwitz, in 1924, arose from three cardinal needs: maintaining the fertility of the earth, making plants healthy so that they have the energy to resist pests, produce the highest quality food possible.
Following the principles of biodynamic agriculture, the farms that implement it, set themselves the ideal of becoming a self-sufficient biological unit, where land, vegetation, animals and men are in perfect balance and contribute to each other’s livelihood . The principle of giving back what you take to the earth is not an original idea of ​​biodynamics but of chemistry.
The fundamental principle of biodynamics is to activate life on earth so that the substances present in the earth can be freed and assimilated by plants. Like the organic farm, it maintains a relationship with the surrounding environment while also preserving the spaces inhabited by wild animals, respected as predators of parasites.
Some biodynamic practices have a root in the bed of ordinary scientific epistemology and therefore have an intrinsic utility recognized even outside the followers, for example, green manure, that is, the burying of particular plants for fertilizing purposes, the rotation of crops, the use of compost.

The latter is the most widely used fertilizer in biodynamics. A heap formed with care, in contact with the earth, which consists of the mixture of earth, vegetable remains, food waste, ash, water, so that vital processes are activated that can even generate heat, up to 40 ° C.
In biodynamics, eight biodynamic preparations are added to the compost:
one based on fertilizer, one with quartz powder, the other with herbs, nettle, chamomile, yarrow, lamb’s lettuce, oak bark and dandelion.
The goal is to regulate and stimulate the biological processes of the heap itself, of the cultivated plants, of the fields. Before being sprayed, the preparations are made dynamic, diluting them in large quantities of water, just as they are used to do for homeopathic remedies.
In biodynamics particular importance is given to lunar influences, which regulate the development of the individual parts of the plant also according to the zodiac sign in which the Moon transits.
The sowing calendar, adopted in biodnamics, is the result of 20 years of research and studies on the lunar influence in agriculture conducted by the German scholar, Steiner’s disciple, Maria Thun.
As with organic farming, biodynamic farming also undergoes a certification process.
The final product is thus certified and labeled as coming from biodynamic agriculture and is available in supermarkets, natural food stores or at farms that apply the method.
It should be noted that all European biodynamic farms are also subject to compliance control for organic agriculture, as all farms are also organic.
The standards to which companies are subject, however, which intend to certify themselves as biodynamic, are more restrictive and specific than those for organic products; in fact each farm has an additional control and a double certification: the organic one and the Biodynamic one, which in Italy is operated by Demeter.
The history of the Demeter brand dates back to 1927, when some farmers who cultivated their land following the principles of biodynamics decided to protect their products and their farms. That was how they thought of Demeter, goddess of fertility and earth. First with the flower brand, then with the word brand, Demeter has appeared on all products obtained from biodynamic cultivations.
The brand is present in all continents and controls and certifies the entire range of biodynamic products from all over the world. The associations that are present in the various nations are brought together in an international federation that coordinates the various cultivation disciplines.