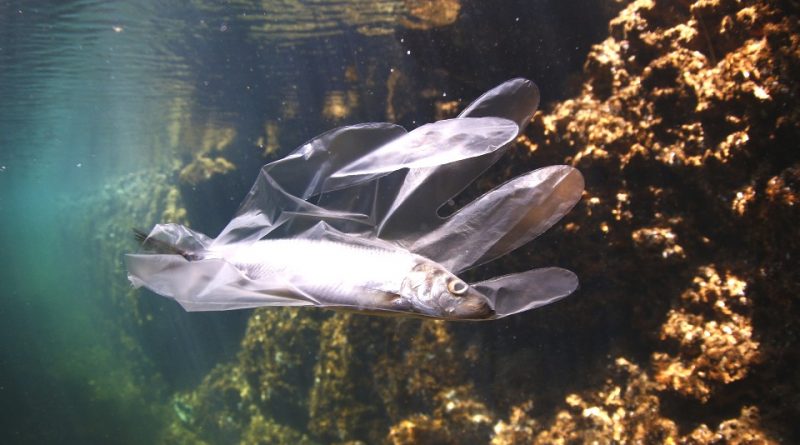 From plastic to life

According to a study recently published by the Proceedings of the National Academy of Sciences, world plastic production has gone from 15 million tons in 1964 to over 310 million today. Every year at least 8 million tons of plastic end up in the world’s oceans and, to date, it is estimated that there are more than 150 million tons of plastic in the oceans.
If the trend remains the current one, in 2025 the oceans will have a proportion of one ton of plastic for every 3 tons of fish while in 2050, with its 34 billion tons, we will have, by weight, in the world’s oceans more plastic what fish.
Since the fifties of the last century, with the start of the widespread use of plastic, we have produced 8.3 billion tons of plastic, throwing about 6.3 billion in kind (and as if every inhabitant of the Earth dragged with him about a ton of plastic). 79% of this plastic ended up in landfills and in all natural environments, 12% was incinerated and only 9% recycled.
Plastic is now found everywhere: in the ice, in the Mariana trench, and in the Hawaiian islands where rocks called plastiglomerate have been identified because plastic is present and inserted inside them.
At the current rate of growth, the world produces 240 million tons of plastic per year of which only 3% is recycled; in other words 96% of the plastic produced worldwide is not recycled and moreover the production of plastic absorbs 8% of the world production of oil.
The Mediterranean is also becoming a plastic “soup” as recalled by a study by the National Research Council published in “Nature Scientific Reports”. It is estimated that every square kilometer of the Italian seas contains up to 10 kilograms only on the surface, particularly in the northern Tyrrhenian Sea, for a total that touches the 25,000 tons of plastic that floats throughout the Mediterranean.
But where does all this plastic come from? About half of the quantity of plastic produced annually is used to produce disposable items or packaging that are thrown away within the year. Another part is produced for short-medium-term manufacturing and a good part for use in agriculture,
The data on agriculture then make us understand how illogical some practices are. Protected agriculture in the world extends over 3 million hectares, including greenhouses, large tunnels and tunnels and about 70% of protected crops use flexible plastic films. Overall, agriculture produces between 3 and 6% of all plastic waste produced globally. According to estimates by the European Plastic Materials Association. The volume of plastic films used in agriculture amounts to 500 thousand tons, including greenhouse films, mulches and irrigation systems.

It is estimated that in Italy, out of the total surface used exclusively for greenhouse crops, 85 thousand tons of plastic waste are produced, of which over 40 thousand deriving from mulching. To these are added those deriving from irrigation, about 63 thousand tons, and from the collection and storage of agricultural products, another 63 thousand tons.
If we add to this that world production of plastic is growing at a rate of 3.5% per year, it means that every 20 years, if no remedies are made, the quantity of plastic produced could double.
Among the various consequences of the presence of plastics it is recalled that the species that swallow plastic are estimated at 177 of which 95% is made up of seabirds. On the basis of these data, projections have been made that quantify at least 1 million seabirds and 100,000 units between marine mammals and turtles that annually die from entanglement or plastic ingestion.
The ecological and health damage of plastics is invaluable. Plastics are not only ingested by most marine species but, in the form of microplastics, they enter the trophic chain with harmful consequences both for the onset of a series of diseases, including carcinogenic ones, and for the fact that the plastics at sea act like a sponge attracting further pollutants and heavy metals.
In light of these data, a series of solutions are needed, among which we recall those of packaging and disposable products in which the use of plastics should be seriously prohibited.
Grotesque is the situation in the agricultural sector that contributes not only directly, with the use of plastics for the coverage of greenhouses, tunnels or mulches but also for the creation of packaging.
In fact, with the use of plastics a part of agricultural production has changed from food and ecological activity to disease-carrying activity (also due to the production of microplastics) and pollution.
We are convinced that we cannot overcome 2020 without a serious political decision being taken in this field; among other things, some solutions need medium to long times to be implemented.
In this sense, the solutions to be taken must totally eliminate the use of plastics in agriculture, intervening in support of those activities that will have to do the conversion, and promoting the use of plant-based materials for the production of fibers, mulches, packs and so on.
In particular, it is necessary to consider a kind of plastic – vegetable conversion, in which for each unit of use of disused plastic, herbaceous and arboreal crops with equivalent use are introduced into the environment. It is interesting to think how the future structural funds of the European Union should be used in this direction and how decided fiscal policies will dismantle this plastic continent which, however it goes, will be inherited by our children.