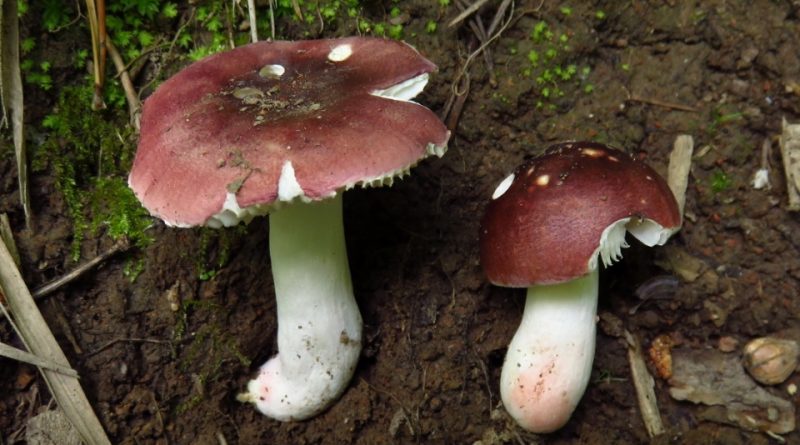 Systematics –
From the systematic point of view it belongs to the Eukaryota Domain, Fungi Kingdom, Phylum Basidiomycota, Class Basidiomycetes, Russulales Order, Russulaceae Family and therefore to the Genus Russula and to the R. lilacea Species.
The terms: Russula carnicolor (Bres.) And Russula lilacea var. Are synonyms and obsolete combinations. carnicolor (Bres.).

Etymology –
The term Russula is the diminutive of russus rosso, that is a little reddish, due to the very frequent color of mushrooms of this genus. The specific epithet lilacea comes from the modern Latin scientific lilaceus lillacino (from the Persian lilák): lilac-colored, light purple.

Geographical Distribution and Habitat –
The Russula lilacea is a fungus that grows under broad-leaved trees, in cool places and with a calcareous sandy soil and mainly under Carpino, Quercia, Acero, Nocciolo, Castagno or Faggio, often in small groups of numerous specimens, often in the immediate vicinity of ditches or flows of rainwater. 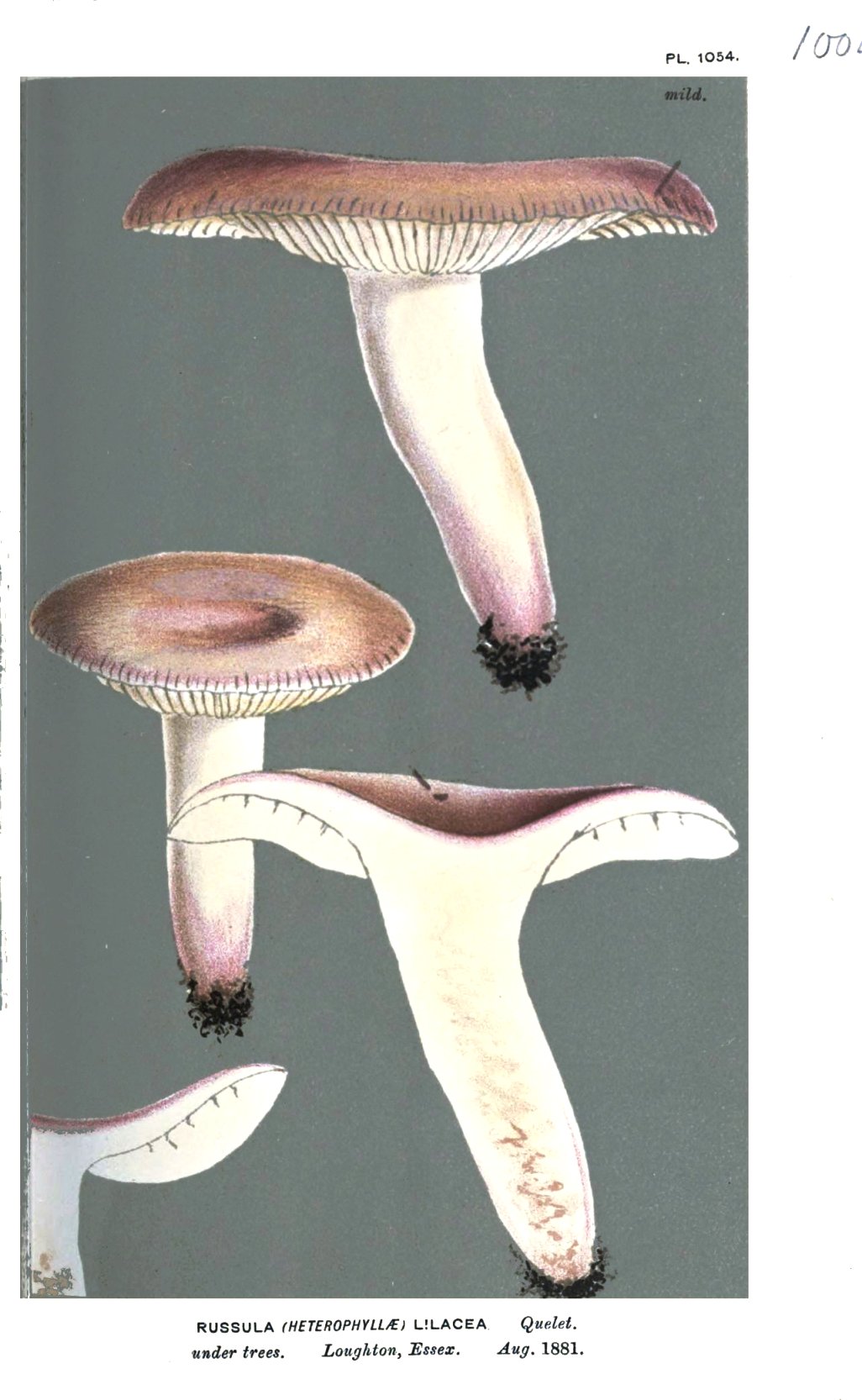 Recognition –
It is a medium-small size Russula that can be recognized by its hat size up to 5 cm in diameter, first convex, immediately level with a slight central depression, often gibbous, irregular, asymmetrical with respect to the stem, with a cuticle separable more than half, pink-lilac, red-vinous, with darker spots in the center, opaque with dry weather, velvety fluffy.
The margin is more or less streaked, often lobed.
The lamellas are dense, with some lamellula, anastomose, white, darkening in old age.
The stem is slightly widened at the base, full, soon hollow, white with light pink shades.
The meat is white with a tendency to become gray with an imperceptible odor and a sweet taste.
Under the microscope, spores of 7.2-6.7 µm can be seen, with isolated spines (0.6-0.8 µm), white in mass and pileipellis with 2.4-4 µm wide hairs and very long encrusted hyphae, multi-pitched, 3-5 µm wide.

Cultivation –
Russula lilacea is not a cultivated mushroom.

Uses and Traditions –
It is a small and beautiful Russula with violet-lilac colored pile, usually with a darkening center; it is also recognized because the cuticle tends to crack when ripe.
One of its varieties is Russula lilacea var. retispora Singer, believed to be a synonym of typus by Einhellinger, is smaller, about 2–3 cm, has reticulated spores and cylindrical encrusted or dilated hyphae in the terminal part.
It is an edible species.

Preparation Mode –
As for other edible Russulas it is possible to prepare this mushroom either in cooked or raw condiments and in mixed mushrooms. It also lends itself to being preserved both in oil and dried.