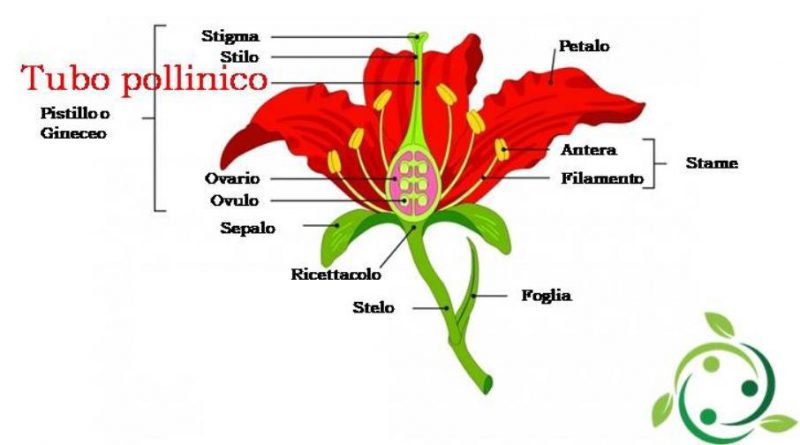 In botany, for pollen tubes, the extension is identified, precisely in the form of a tube, which allows the transmission of pollen grains, from the stigmas of flowers to the egg. In this way the pollen tube acts as a transport system for the male gametes that will fertilize the eggs.
The pollen tube is generated in the stigma, develops through the stylus and heads towards the embryonic sac (female gametophyte) of the angiosperms, which comes to be located inside the egg.
Thus the male gametes pass through the pollen tube.
Arriving in the area of ​​the micropyle, the pollen tube crosses it, discharging its contents near one of the synergids of the embryonic bag.
Once its contents have been downloaded, the generative nuclei merge with the oosphere and the polar nuclei in a process known as double fertilization.

The term Sifonogamia comes from this process. It is important to know that, although many pollen grains arrive at the stigma and germinate, only one will produce fertilization. The cytoplasm, gametes and vegetative cell nucleus are located in the apical portion of the pollen tube. Above, there is a gigantic vacuole which increases in tonnage by constant incorporation of water. In the process of fertilization the pollen tube grows by lengthening, essentially through a process of synthesis of the cell wall at its end, led by the dittiosomes which bring the their content (pectin and hemicellulose) to make up the cell wall.
The mode of development of the pollen tube during the fertilization process can then also vary in relation to the different species.